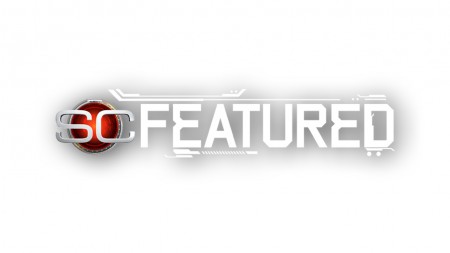 With the NFL season in our review mirror, ESPN is bringing back its SC Featured programing to its Sunday editions of the flagship program. From ESPN:

SportsCenter’s own premiere storytelling brand SC Featured, which brings unique and compelling feature material to viewers of ESPN’s flagship news and information program, returns to the Sunday SportsCenter on Feb. 9.

The SC Featured brand, which premiered in 2013, presents personalities and subjects ranging from dramatic to quirky, from touching to comedic, with the series airing on SportsCenter during the months of the NFL offseason. The stories debut on Sundays in the 10 a.m. ET edition and re-air at various times throughout the day, including the 11 p.m. program.

“We’re telling stories that are what people talk about the next day,” said Victor Vitarelli, senior coordinating producer in ESPN’s Features Unit. “There are so many great stories out there.”

One of the most talked-about and popular SC Featured segments from 2013 was “Going Home,” which originally aired around Independence Day. The feature, which followed members of the U.S. military returning from duty surprising family members in sports venues and at athletic events, had a strong presence on social media, including more than 26,000 retweets on Twitter (#SCFeatured), more than 2.8 million people reached on Facebook and more than 2 million views on ESPN.com.

Some other popular SC Featured pieces from 2013 included:

The first SC Featured of the 2014 season on Feb. 9 is the story of Nick Pugliese, an American who found an opportunity to continue his soccer career in an unlikely place: Afghanistan’s pro soccer league.

On Feb. 16, SC Featured will look at the Mendota (Calif.) high school football team, whose players work all day in the agricultural fields around the impoverished immigrant town and make their team a powerhouse with the help of their transformational coach. The story will appear on multiple platforms, beginning with the 9 a.m. Outside the Lines on ESPN and a one-hour SC Featured special at 11 a.m. on ESPN2. SportsCenter, ESPN.com, ESPN Deportes and ABC News also will have versions of the story.

Other SC Featured stories airing in coming weeks include a look back at the impact of controversial Cincinnati Reds owner Marge Schott, 10 years after her death; a segment on MMA fighter Phoenix Jones, a leader of a citizen crime-prevention patrol unit considered a “costumed vigilante” by some; and the story of Harli White, a promising driver badly burned in her first race when she was 12 years old but who has continued on the track.

“We’re all realizing the possibilities here are limitless and there are so many places for great content to exist,” Vitarelli said. “We’re very excited about how we can expand and grow this brand across the different ESPN platforms in the future.”