Disney’s landmark musical event, THE LION KING, will play its 7,000th Broadway performance at 7:00pm on Wednesday, September 3rd.  Only three shows in Broadway history have reached this milestone.

As it approaches its 17th anniversary on Broadway, THE LION KING finds itself in a position unprecedented in the history of Broadway.  Already the highest-grossing show in Broadway history, the show was the highest-grossing of 2013 and is routinely the #1 Broadway show in a given week, a feat previously unimaginable for a show at this stage in its life.

Rafiki (Nteliseng Nkhela) visited the New York Stock Exchange this morning to ring The Opening Bell in celebration of the Broadway milestone. 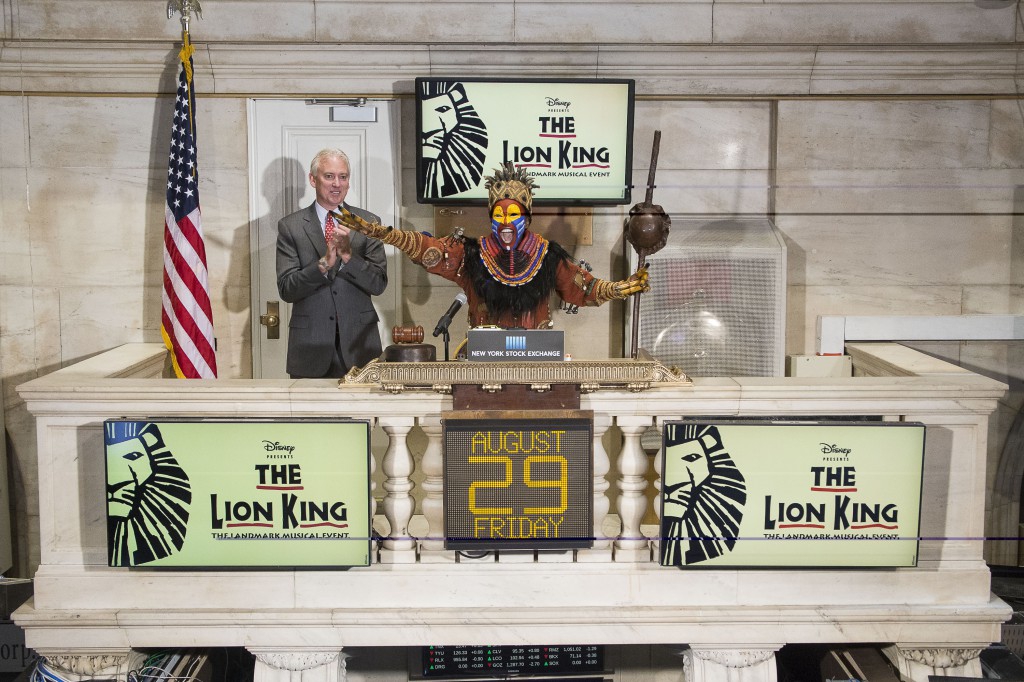 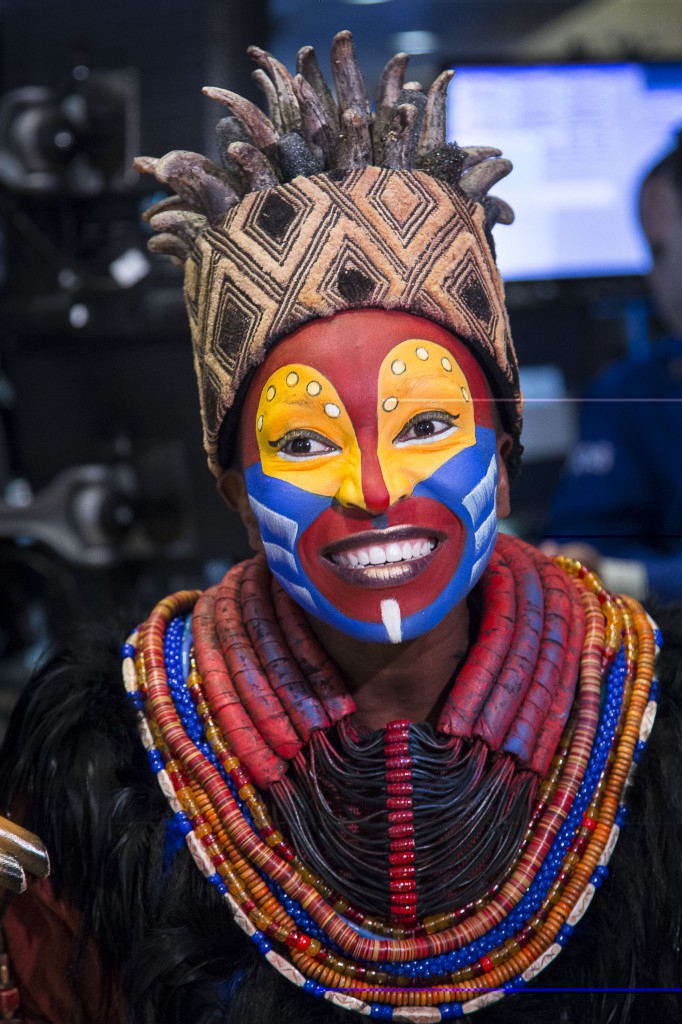 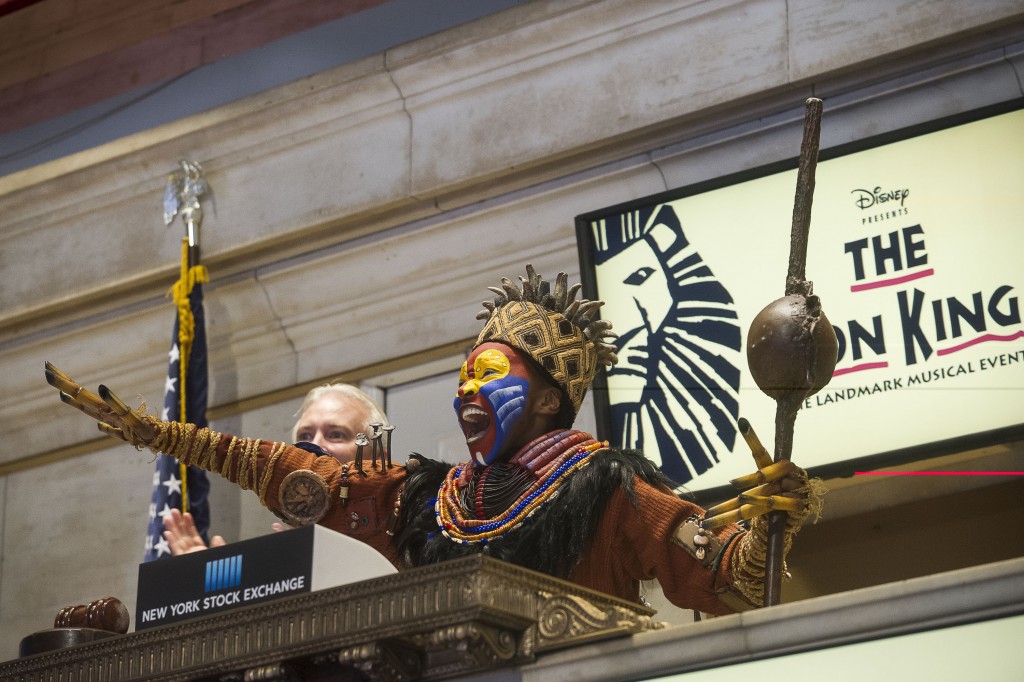 THE LION KING was the first show in Broadway history to pass $1 billion in cumulative gross, a threshold also crossed by the North American tour and most recently the Hamburg production.

There are ten concurrent worldwide productions of THE LION KING, the highest number of productions running at any one time in the show’s history.  Five of those productions have been running for 10 years or longer, an accomplishment shared by only one other show in history.  Two new productions have recently been announced for Mexico City’s Telcel Theatre and the new Walt Disney Grand Theatre at Shanghai Disney Resort.

Since its Broadway premiere on November 13, 1997, 22 global productions have been seen by more than 75 million people and, cumulatively, run a staggering 112 years.  Translated into eight different languages (Japanese, German, Korean, French, Dutch, Mandarin, Spanish and Portuguese), productions of THE LION KING can currently be seen on Broadway and on tour across North America, in Tokyo and on tour in Japan, in London’s West End and on tour throughout the UK, and in Hamburg, Madrid, Sao Paolo, and on tour in Australia.  To date, THE LION KING has played 21 countries on every continent except Antarctica.

The show’s director, costume designer and mask co-designer Julie Taymor, the first woman to win a Tony Award® for Direction of a Musical, continues to play an integral part in the show’s ongoing success.