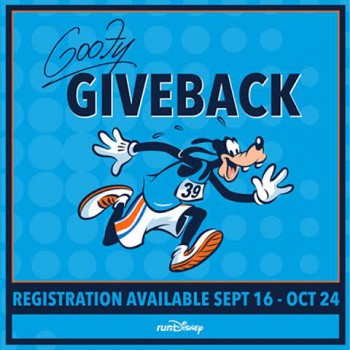 This just in! runDisney announced the “Goofy Giveback”. Last week millions of viewers were shown the excitement and thrill of completing your first half marathon on ABC’s Extreme Weight Loss. The nation met a father-daughter team who collectively lost close to 300 pounds. Thanks to the outpouring of support and fans, runDisney has decided to open a limited number of registrations for the half and full marathon races at the 2015 Walt Disney World Marathon Weekend presented by Cigna. You can register starting today September 16, 2014 through October 24, 2014 or until the event is sold out. The “Goofy Giveback” could be your chance to complete your first half or full marathon.

For more information visit the RunDisney Blog at http://www.rundisney.com/blog/

To register for the race visit http://www.rundisney.com/disneyworld-marathon/