A relatively minor event at Disney Springs on Christmas night ended up creating a major scare both for those in attendance and those following the events on Twitter. According to the Orlando Sentinel, 70-year old man Luis Ojeda-Reyes, who was angry over how long his service was taking at Bongo’s Cuban Cafe, caused a stir with the staff and somehow a loud noise occured around 9:30 p.m. 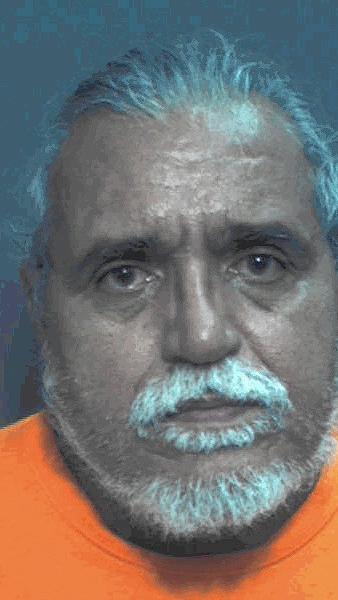 Luis Antonio Ojeda-Reyes, of Putnam County, was waiting for his food at Bongos Cuban Café around 9:30 p.m. and asked to speak with a manager about the long wait time, an arrest affidavit said.

Two managers apologized for the wait and explained the restaurant was extremely busy because it was Christmas Day.

Deputies say Ojeda-Reyes started cursing and pushed one of the managers, which started a brawl inside the eatery. He got in the face of the restaurant’s general manager and threw a punch but missed. Another employee jumped in to try to stop the confrontation.

Workers escorted Ojeda-Reyes out of the restaurant after he grabbed the manager’s bicep, which left a mark. He was arrested a short time later in front of a Starbucks.

A second Orlando Sentinel articles describes the panic that then took hold.

People were screaming, running, hiding and crying, said Ariana Landi, who said she was eating dinner with her parents and boyfriend at Bongos Cuban Cafe when people started yelling, “Shots fired.”

People scrambled over tables and ducked down where they could find cover, Landi said.

Another witness, Gertrudis Amaya, said she was walking with her son when she saw “a wave of people” running toward her. She said she heard someone say there was a bomb.

As several guests started Tweeting from the location, the words started to quickly spread throughout the Internet. Happily, within an hour the Orange Country Sheriff was able to confirm no shooting had taken place. Stores and restaurants, which had been on lockdown, returned to normal. But it’s obvious, in the times we’re living in, people are definitely on high alert. One user on Reddit, Ctxdog, posted their personal experience from the evening. Note: Morimoto Asia is located in a different section of Disney Springs than Bongo’s.

We were sitting just outside the new Morimoto Asia restaurant, listening to the nearby Irish pub music. It’s Christmas night, and all is calm.

Suddenly, I look to my left to see a large number of people running down the street, many still holding their drinks. After hearing the screaming and seeing the panic on people’s faces, I realize that something horrible must have happened. I jump up with my family and join the mob in running away from the horrible unknown. Some man trips and is getting trampled by crazed patrons, but I am too focused on my own family to help him. (I do hope he is all right)

We duck around the corner of Morimoto Asia, and run into a dead end. Construction walls corner us. The group heads for the restaurant, and I see a woman trying to jump over the counter at the quick service bar to the restaurant, while the cashier is trying to push her away. The restaurant is on lockdown, as are many of the establishments. Trapped, I turnaround to see many people stuck in confusion while even more are bolting towards us.

A family member of mine tries the construction door. It swings open, and we rush through, the masses following behind us. We are now wandering through a partially built construction zone, lit up by the large Planet Hollywood sign. We stumble through the concrete, over caution tape, and over partially built bridges, desperate to find an exit. I glance behind to find a flood of people following in our footsteps. Eventually, we find a door leading back into the public, right in front of the Orange parking garage, where we head up and run into some musicians who were heading down to a gig. We trade stories, and they tell us that they were told to run.

Throughout this whole encounter, we were terrified. Unfortunately, Disney creates a large target, and Christmas further drives density. People were screaming, some people mentioned shooting, everyone was just desperate to get away from whatever villainous party caused the commotion. The thing about the unknown is that it leads your mind to think of the worst case scenario.

A couple of more Tweets from the evening: