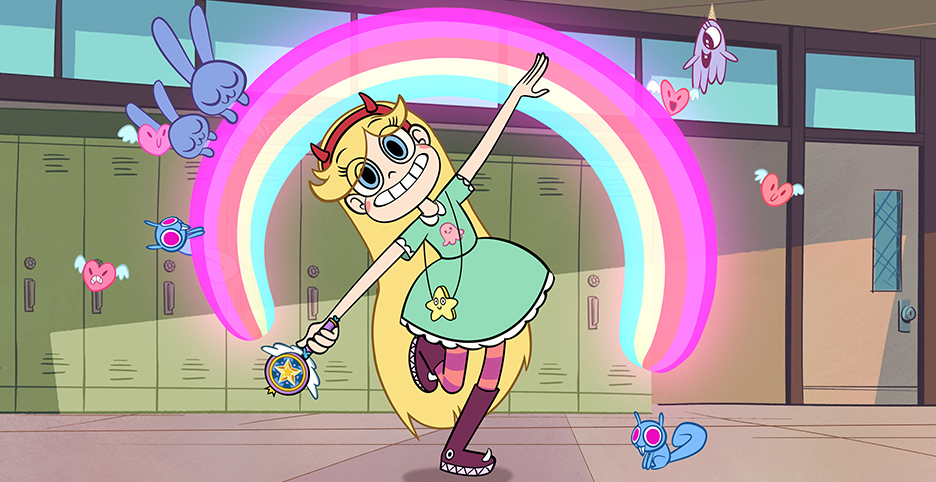 The second season uncovers the mythology around Star’s Royal Magic Wand, her family history and the powers she will someday fully possess. Additionally, Star and Marco’s adventures get even weirder as they are introduced to new magical characters.
Star vs. The Forces of Evil: Quest Buy Rush!, a new game where players help Star defeat Ludo’s henchmen, launches July 8 on the Disney XD app. A series of eight original comics titled “Deep Trouble” will roll out monthly in comic book stores beginning September 2016.

Star vs. The Forces of Evil: Star and Marco’s Guide to Mastering Every Dimension a hardcover book created by Nefcy and Disney Press, will be released in 2017.