Containing a multitude of comedy sketches and quirky songs, each episode of the character-based sketch series takes audiences on a journey of endless comedic possibilities. The talented voice actors play multiple parts in every episode as their characters change with every sketch premise.

Viewers will be treated to three consecutive new episodes that will air Monday, September 19 through Wednesday, September 21. The episode rollout is: “Victory Speech / Magic Chair” – A series of monsters fall down. A woman drops her pizza. A pharaoh puts friendship to the test. A reporter meets a giraffe. A teacher is rewarded for her years of service. A wizard throws a dinner party. “Bash Master / All’s Well” – A wrestler makes a career change. A chin is large. A woman claps her hooks. A bowler doesn’t know what she’s “pin” for. An elf and a princess weigh their options. A tricky wishing well ruins a laptop. 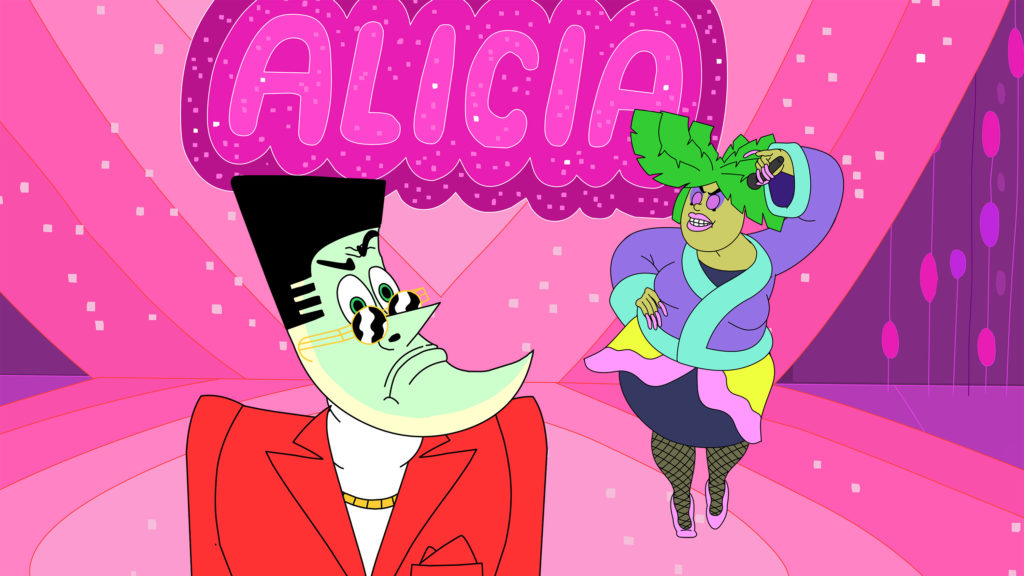 “R&B / The Sphinx” – A singer has brown eyes. A werewolf is not a mind reader. A little girl is the worst one of all. A garbage truck puts on a show. A party is much cooler than anticipated. A sphinx is such a drama queen.

This animated comedy series features a talented voice cast of performers from the world of stand-up comedy and improv including Michael Blaiklock (“Don’t Trust the B—in Apartment 23”) as “Dog,” Alana Johnston (“This Hour Has 22 Minutes”) as “Candy,”  Kyle Kinane (“Those Who Can’t”) as “Ice Cream,” Emily Maya Mills (“Key & Peele”) as “Diamond,” Betsy Sodaro (“Superstore”) as “Plant” and Baron Vaughn (“Grace and Frankie”) as “Moon.”