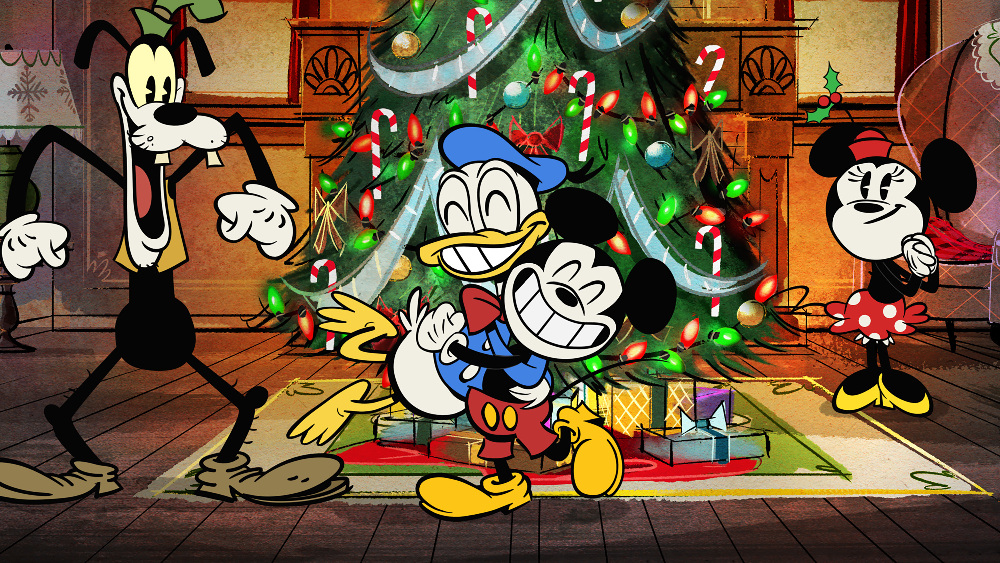 Disney Channel has announced a new Mickey Mouse Christmas special. As Donald Duck’s flock of family and friends migrate south for a warmer climate holiday, he stays put to finally experience his first Christmas winter wonderland with the most enthusiastic Christmas reveler ever, Mickey Mouse, and Minnie, Pluto and Goofy.  Although Donald is out of his element in the freezing cold, he wants to do it all – so his pal Mickey creates the ultimate list of everything that will make Donald’s first Christmas great in Duck the Halls: A Mickey Mouse Christmas Special, premiering Friday, December 9 (8:30-9:00 p.m. EST), on Disney Channel, the Disney Channel app and Disney Channel VOD. It will also be televised Monday, December 12 (8:00-8:30 p.m. EST), on Disney XD.

Part of the Emmy Award- and Annie Award-winning “Mickey Mouse” cartoons, the holiday special includes appearances by Uncle Scrooge McDuck, nephews Huey, Dewey and Louie, Professor Ludwig Von Drake, Gus Goose and Santa Claus, among others. It also features a flashback to Mickey’s childhood when he dashed through a Dickensian town pulled on a sleigh by Pluto (as a puppy), greeting townsfolk in a British accent.

Emmy Award winner Paul Rudish is the executive producer and supervising director; Todd Popp is the line producer; Alonso Ramirez Ramos and Dave Wesson are the directors. The music is by Christopher Willis. Jenny Gase-Baker and Joseph Holt are the art directors and Illya Owens is the editor. The story was written by Darrick Bachman.