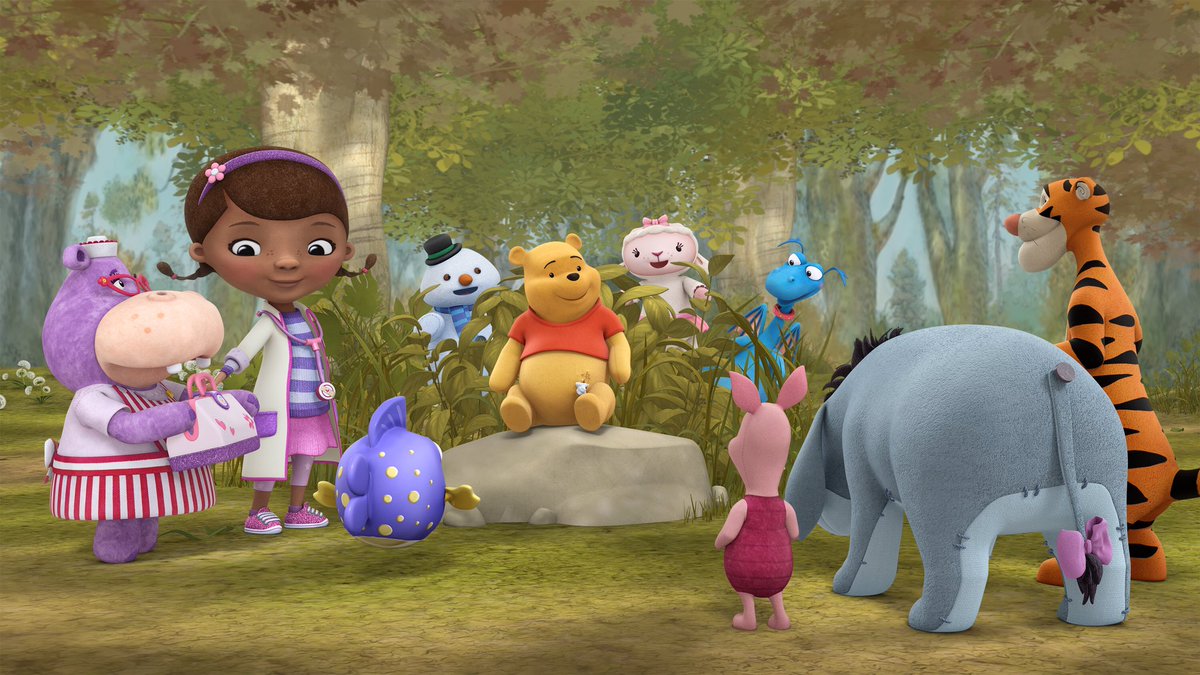 It is time for a major Disney Junior crossover. The world of McStuffinsville is about the have some special visitors from the 100 Acre Wood. In this very special episode of Disney Junior’s Peabody Award-winning hit series Doc McStuffins, Doc gets to meet and help Winnie the Pooh and friends. The episode is set to debut on Disney Junior on National Winnie the Pooh Day, Wednesday, January 18 (7:30-8:00 p.m. EST).

“Winnie the Pooh books and animation have always been hugely important to me, so it’s a personal dream come true to be able to bring together the worlds of the Hundred Acre Wood and McStuffinsville, especially since Christopher Robin is the original human famous for talking to his stuffed animals and toys,” creator and executive producer Chris Nee says. “This episode is an homage to the original Disney animation and storytelling styles, from the original songs, including a hat tip to the Sherman Brothers, to the visuals which evoke old school Winnie the Pooh.”

The episode begins when Doc and the toys spot Winnie the Pooh floating through the air, unable to get down. As she and the toys set out to rescue him, the wind magically transports them to the Hundred Acre Wood where they meet the rest of Pooh’s friends. Tigger, Piglet and Eeyore join Doc and the toys in the search for Pooh, in hopes of finding him in time for his favorite event of the year, The Honey Festival. When they finally spot Pooh and try to bring him down, a tree branch rips his tummy and Doc must transport him to McStuffins Toy Hospital for emergency surgery. A worried Christopher Robin arrives and bonds with Doc over their shared ability to talk to toys, and is soon reunited with a healthy Pooh. Meanwhile, Piglet and Lambie enlist the help of McStuffinsville to throw Pooh his very own Honey Festival to make up for the one he missed.