Earlier this month during our interview with Beauty and the Beast producer Don Hahn, he shared that he was currently working on a documentary about the late Howard Ashman. Now our friends at Dizney Coast to Coast had the chance to talk with Hahn more specifically about the film he’s crafting and when we all might be able to see it. 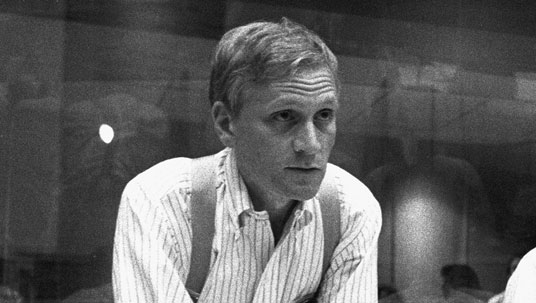 In the interview, Hahn first explains why he was so interested in telling Ashman’s story, which is both triumphant and tragic. Hahn notes the incredible impact Ashman had on some classic Disney films, saying, “Howard’s the one who taught us how to tell stories in musicals, Howard’s the one who brought Alan Menken in.” He later added, “Howard was responsible for so much of what we think of as ‘Disney’ now — not just in terms of the 90s but in terms of today.”

The Waking Sleeping Beauty director also says he currently has a rough cut of the documentary completed and plans on finishing it by the year’s end. From there, he hopes to take it to film festivals before it will be available to everyone.

Needless to say, Beauty and the Beast — executive produced by Don Hann and featuring songs by Howard Ashman — is currently in theatres.