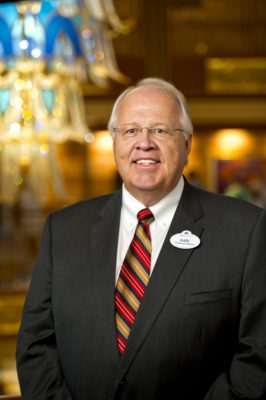 Connelly is a 27-year Cast Member who had previously served as senior vice president, Disney Cruise Line, responsible for all fleet-wide operations. He will oversee the construction and launch of two new ships in the Disney Cruise Line fleet among his other responsibilities.