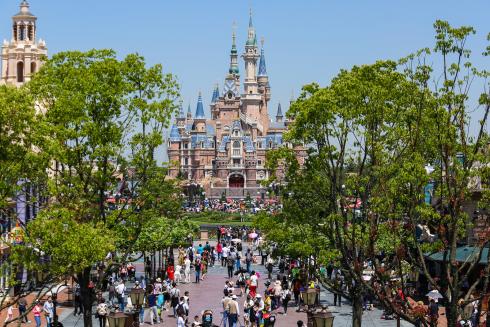 To celebrate China’s National Tourism Day, Dsney announced that Shanghai Disneyland, recently welcomed its 10 millionth guest. The milestone was reached in just under eleven months after the resort’s grand opening in June 2016, making it the most popular theme park ever opened in China.

Shanghai Disney Resort today also announced the start of a month-long first anniversary celebration, leading up to a magical celebration moment in the resort’s theme park on June 16th. In commemoration of Shanghai Disney Resort’s upcoming one-year anniversary, the resort will welcome families and friends to experience the celebration with themed décor, limited-time-only merchandise, and unforgettable dining experiences.

“We’re extremely pleased and humbled to have welcomed our first 10 million guests to Shanghai Disneyland, and extend our deepest thanks and appreciation to our guests for their support,” said Philippe Gas, general manager of Shanghai Disney Resort. “The resort’s rapidly growing popularity and extremely high levels of guest satisfaction add to our confidence in the growing demand for our attractions and entertainment, and the overall development of China’s tourism industry. We can’t wait to celebrate our first anniversary with our partners, guests and Cast Members, all of whom have contributed to our early success.”