UPDATE: Following an investigation, it was determined that no misconduct occured and the show will resume production. Here is the statement from Warner Bros:

“As we previously stated, we recently became aware of allegations regarding an incident on the set of Bachelor in Paradise in Mexico. We take all such allegations seriously. The safety, security and well-being of the cast and crew is our number one concern, and we suspended filming so that the allegations could be investigated immediately and thoroughly. Our internal investigation, conducted with the assistance of an outside law firm, has now been completed. Out of respect for the privacy interests of those involved, we do not intend to release the videotape of the incident. We can say, however, that the tape does not support any charge of misconduct by a cast member. Nor does the tape show, contrary to many press reports, that the safety of any cast member was ever in jeopardy. Production on this season of Bachelor in Paradise will be resuming, and we plan to implement certain changes to the show’s policies and procedures to enhance and further ensure the safety and security of all participants.”

Here is the statement from ABC:

“We appreciate the swift and complete investigation by Warner Bros. into allegations of misconduct on the set of ‘Bachelor in Paradise.’ Given their results, the series will resume production, and will air this summer on ABC.”

Original Story: Production on ABC’s Bachelor in Paradise, which had been shooting in Mexico, has been suspended after allegations of misconduct have been raised. As Deadline reports, Warner Bros., who produces the show, issued a statement that read, “We have become aware of allegations of misconduct on the set of Bachelor in Paradise in Mexico. We have suspended production and we are conducting a thorough investigation of these allegations. Once the investigation is complete, we will take appropriate responsive action.” WB did not immediately respond to Deadline’s request for elaboration. 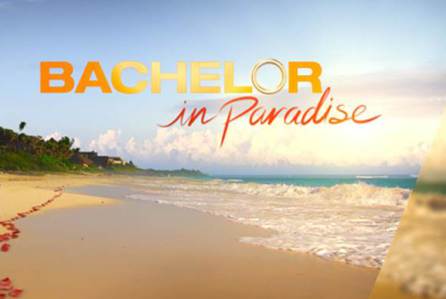 Bachelor in Paradise had been shooting for its fourth season featuring contestants from previous installments of The Bachelor and The Bachelorette. It’s scheduled to return August 8th, although there is no word on if that might change.