Capcom released an all-new cinematic trailer that highlights never-before-seen elements of the story mode experience featured in Marvel vs. Capcom: Infinite. The action-packed trailer expands upon the key plot points, with heroes from both universes coming together in an attempt to stop Ultron Sigma from infecting all biological life in the newly merged Marvel and Capcom worlds.

More playable characters in Marvel vs. Capcom: Infinite have been recently confirmed, including Jedah, Dormammu, Firebrand, and Ghost Rider. Additional information and gameplay details on these four characters will be available next week, in conjunction with the Gamescom event in Cologne, Germany. These newly added characters bring the final roster at launch up to 30 characters, with more post launch characters to be revealed in the future.

Marvel vs. Capcom: Infinite will provide memorable experiences and infinite gameplay possibilities for players of all skill levels. The next evolution of the popular action-fighting series will arrive action-packed at launch, with a variety of accessible single player and multiplayer offerings including:

o   Story – puts players at the center of a fierce battle as heroes from both universes come together to stop Ultron Sigma, the combined form of two robotic villains.

o   Arcade – recreates the classic arcade experience. Keep winning to move forward and confront the final boss in an epic showdown of skills.

o   Mission – players can do various tutorial missions, or try their hand at advanced character-specific challenges.

o   Vs. Player 2 – go head-to-head against another player locally.

o   Vs. CPU – play solo against an AI-controlled opponent.

o   Ranked Match – battle other players online to advance in the rankings.

o   Casual Match – battle other players online without the results affecting the rankings.

o   Beginners League – a special league fought between players of Rank 14 or lower.

o   Lobby – search for or create a lobby where up to 8 players can engage in simultaneous player-vs-player matches.

o   Rankings – view the rankings of players from all over the world. 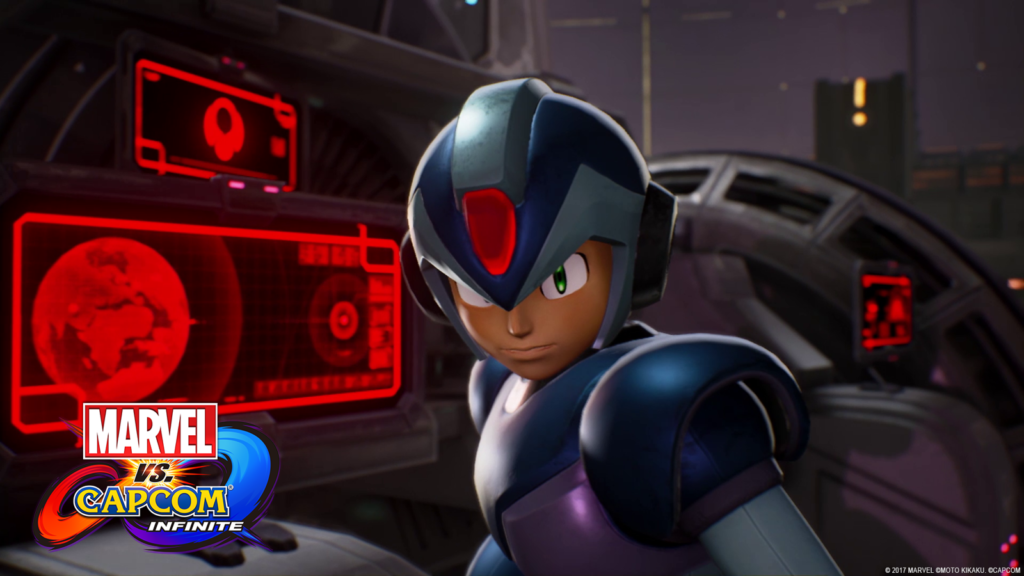 All of the action in Marvel vs. Capcom: Infinite takes place in new but familiar settings, as famous locations from the Marvel and Capcom universes fuse together as part of Ultron Sigma’s nefarious plot. Imagined and created through a shared vision between the two companies, the game will feature free-form 2v2 team battles and the ability to harness the power of one of six game-changing Infinity Stones, further deepening the customized gameplay by allowing players to equip and unleash elemental in-game powers during battle.

Marvel vs. Capcom: Infinite will simultaneously release on the PlayStation 4, Xbox One systems and Windows PC across North America and Europe on September 19, 2017.