Disney has announced that casting for their live-action adaptation of Aladdin is complete and production is currently underway at Longcross Studios outside London. To celebrate, Will Smith shared a cast photo on Facebook. 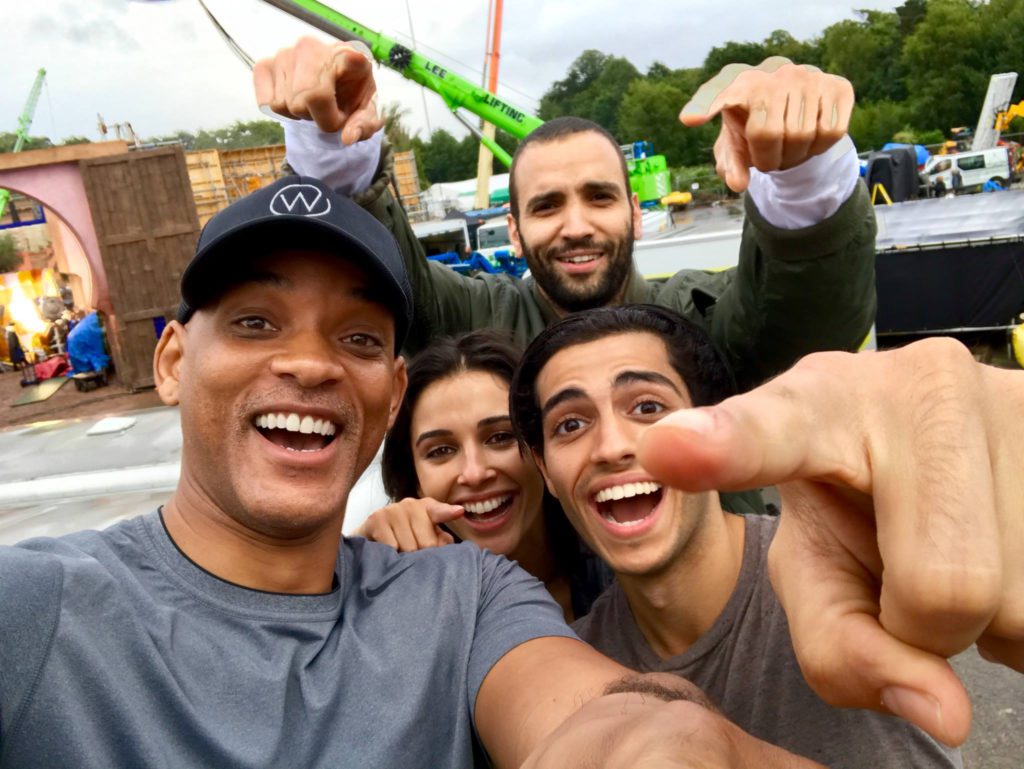 The Aladdin cast includes: Two-time Oscar® nominee Will Smith (“Enemy of the State”) as the Genie who has the power to grant three wishes to whoever possesses his magic lamp; Mena Massoud (Amazon’s “Jack Ryan”) as Aladdin, the hapless but lovable street rat who is smitten with the Sultan’s daughter; Naomi Scott (“Lemonade Mouth”) as Princess Jasmine, the Sultan’s beautiful daughter who wants to have a say in how she lives her life; Marwan Kenzari (“Murder on the Orient Express”) as Jafar, an evil sorcerer who devises a nefarious plot to unseat the Sultan and rule Agrabah himself; Navid Negahban (“Mistresses”) as the Sultan, the ruler of Agrabah who is eager to find a proper husband for his daughter, Jasmine; Nasim Pedrad (“Saturday Night Live”) as Dalia, Princess Jasmine’s hand maiden and confidante; Billy Magnussen (“Into the Woods”) as Prince Anders, a suitor from Skanland and potential husband for Princess Jasmine; and Numan Acar (“Homeland”) as Hakim, Jafar’s right-hand man and head of the palace guards.

“Aladdin” is directed by Guy Ritchie (“Sherlock Holmes,” ) from a screenplay by John August (“Frankenweenie”) based on the 1992 animated film “Aladdin” and stories from “One Thousand and One Nights.” Eight-time Academy Award®-winning composer Alan Menken (“Beauty and the Beast,” “The Little Mermaid”) provides the score, which includes new recordings of the original songs written by Menken and Oscar-winning lyricists Howard Ashman (“Little Shop of Horrors”) and Tim Rice (“The Lion King”) as well as two new songs written by  Menken and Oscar and Tony Award-winning songwriters Benj Pasek and Justin Paul (“La La Land,” “Dear Evan Hansen”).