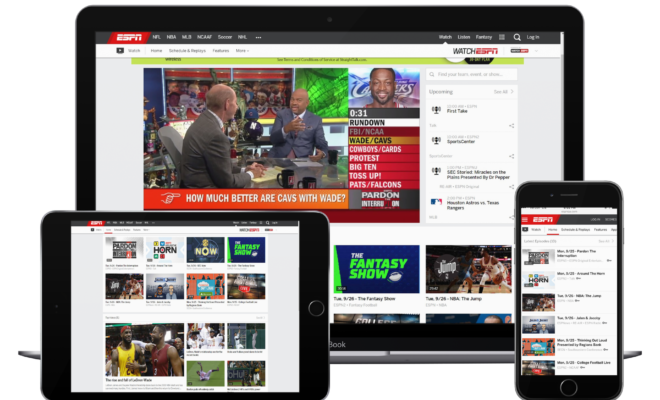 Beginning today, fans will be able to stream a selection of their favorite shows on demand on the ESPN App, including College GameDay Built by The Home Depot, Pardon the Interruption, and Around the Horn.

“Our mission at ESPN is to serve sports fans, and now more than ever, they expect to stream their favorite shows on the device and time of day they prefer,” said John Lasker, ESPN vice president of digital media programming. “With today’s launch, fans can now access an array of ESPN’s most popular, award-winning shows – with more to come in the near future – anytime, anywhere.”

Full episodes of select studio shows are now available to stream on demand under “Latest Episodes” within the Watch tab on the ESPN App. The shows will be accessible shortly after the conclusion of their live on-air telecasts. They include:

Studio shows add to the ESPN App’s expanded offering of long-form VOD content that includes 30 for 30 films, E:60, Outside the Lines and SC Featured episodes.