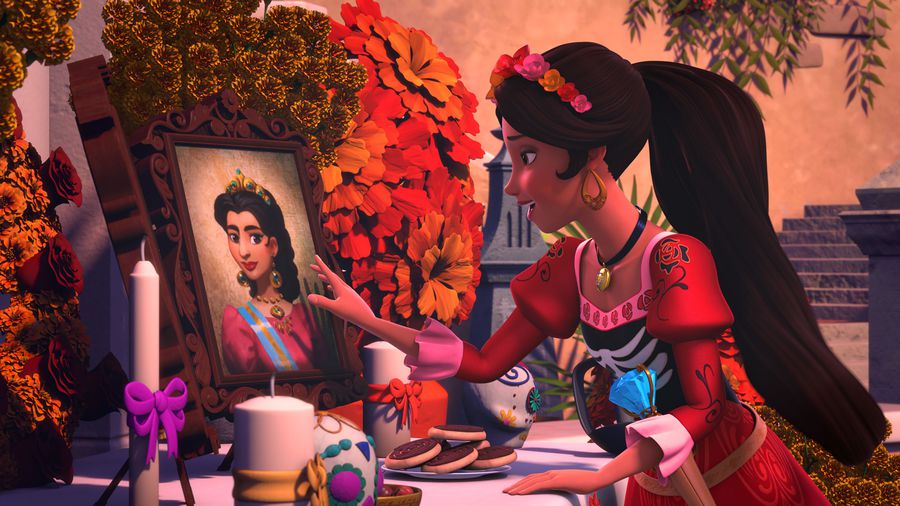 A special Día de los Muertos-themed episode launches the second season of Elena of Avalor, Saturday October 14,on Disney Channel (9:00 a.m. EDT) and Disney Junior (11:30 a.m. EDT). In the new episodes, Elena takes on more responsibility as a leader and delves deeper into the magical land of the jaquins. In conjunction with the season premiere, a new short-form series, “Adventures in Vallestrella,” set in the magical land of the jaquins, will debut on Disney Junior and the DisneyNOW app.

In the season two premiere episode titled “The Jewel of Maru,” Elena is visited by the ghosts of her parents on the Day of the Dead and meets another ghost named Amaláy who stands watch over the powerful Jewel of Maru.

The popular character and stories have extended into other Disney businesses including Walt Disney World Resort and Disneyland Resort where Princess Elena greets guests. Disney store will release a limited edition Princess Elena of Avalor doll this November and, in January 2018, debut the Disney Animators’ Collection Elena of Avalor doll, the first doll to represent a television character within the collection. Disney Consumer Products and Interactive Media will also debut books, playsets and apparel based on the new season at Disney store, shopDisney.com and mass retailers beginning this fall. Additional extensions include an original soundtrack album from Walt Disney Records and multiple DVD releases from Walt Disney Studios.