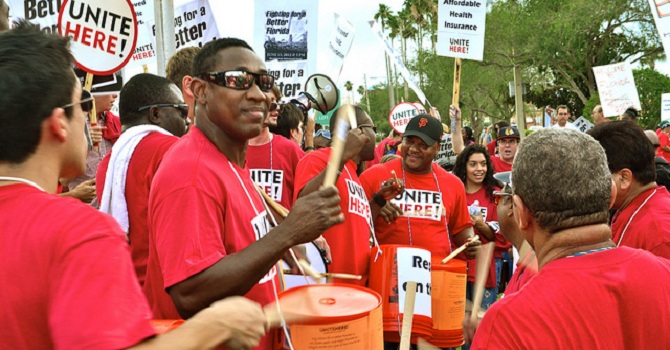 The members of Walt Disney World’s largest union group, the Service Trades Council Union, have rejected Disney’s contract offer. Disney was offering a 6-10% raise over two years and a $200 bonus.

The unions said they will return to the bargaining table in an effort to get more from Disney. They are planning to regroup in February.

In a statement, Walt Disney World said, “We are disappointed that the union rejected our fair and reasonable offer of a 6 to 10 percent wage increase over the next two years and we will continue to work with the union on negotiations.”

Some members are seeking to raise the starting wage to $15/hour which would be a nearly 30% wage increase.