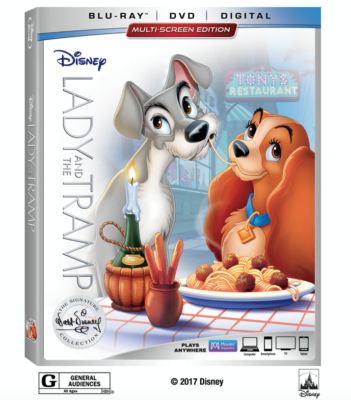 To celebrate National Spaghetti Day, Disney has announced that Lady and the Tramp, will join the Walt Disney Signature Collection. The release includes three versions of the film, classic bonus material and three all-new features and will be available on Digital and on Movies Anywhere February 20 and on Blu-ray on February 27.

The film joins previous Walt Disney Signature Collection releases of Snow White and the Seven Dwarfs, Beauty and the Beast, Pinocchio, Bambi and The Lion King.

Classic Bonus Features on Digital Only*