Stars of A Wrinkle in Time Surprise Guests at Disneyland Following the news that tickets are now on sale for Disney’s A Wrinkle in Time, the stars of the film, Oprah Winfrey, Reese Witherspoon, Mindy Kaling and Storm Reid, made a surprise appearance on stage at Disney California Adventure Park’s Sunset Showcase following an exclusive preview of the studio’s upcoming epic adventure directed by Ava DuVernay. 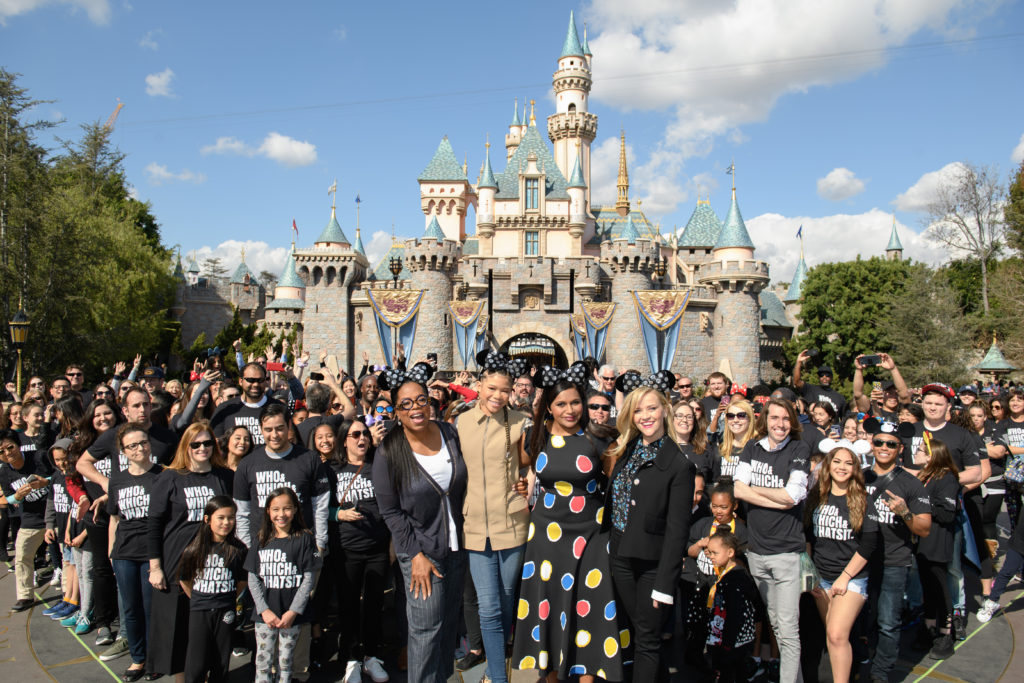 They later posed with fans in front of Sleeping Beauty Castle at Disneyland Park. The four stars also gave attendees a special “Tessering Ticket” that allowed them to get FASTPASS access to several attractions at the Disneyland Resort.

Disney’s A Wrinkle in Time, an epic adventure from visionary director Ava DuVernay based on Madeleine L’Engle’s timeless classic, takes audiences across dimensions of time and space, examining the nature of darkness versus light and, ultimately, the triumph of love. Through one girl’s transformative journey led by three celestial guides, we discover that strength comes from embracing one’s individuality and that the best way to triumph over fear is to travel by one’s own light. “A Wrinkle in Time” stars Oprah Winfrey, Reese Witherspoon, Mindy Kaling, Gugu Mbatha-Raw, Michael Peňa, Storm Reid, Levi Miller and Deric McCabe with Zach Galifianakis and Chris Pine. The film will be released March 9, 2018