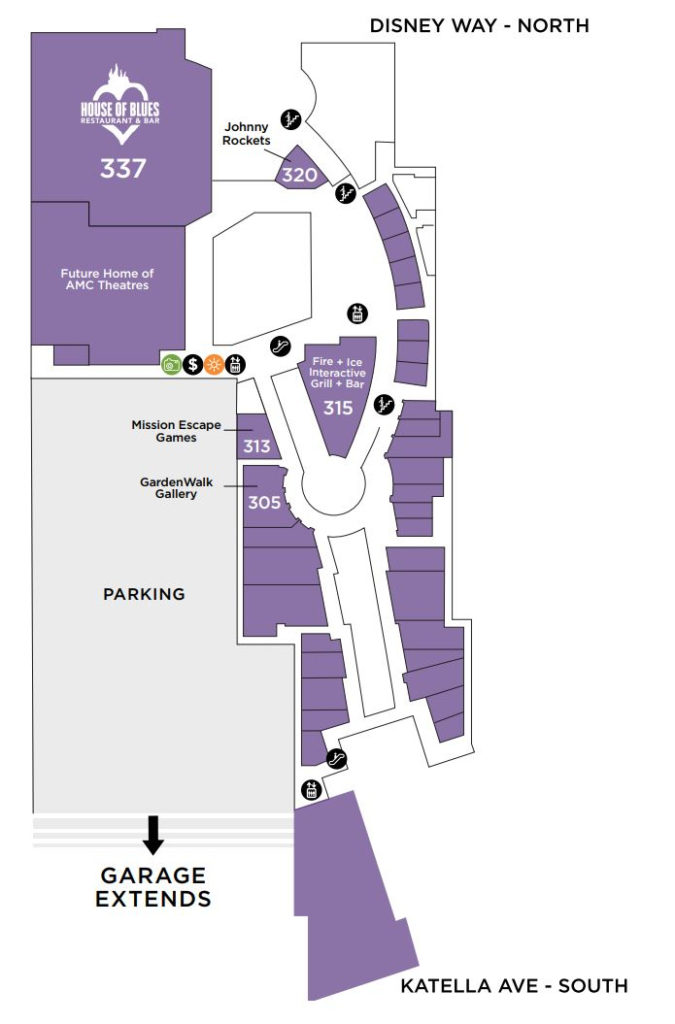 Anaheim GardenWalk announced that an AMC Theatres will be opening in early 2019. The current Downtown Disney 12 location will be closing by June 30 to make way for the new hotel that the Disneyland Resort is building in what is currently part of Downtown Disney. The new AMC will open on the third-level of the shopping center next to House of Blues, which also relocated from Downtown Disney.

“We are extremely pleased to announce the new AMC Theatres planned for Anaheim GardenWalk,” says Jonathan Mayblum, Co-Founder and Principal of Arcturus, a real estate asset management company responsible for the operation of Anaheim GardenWalk. “Anaheim GardenWalk has become one of the premier ‘eatertainment’ destinations in Orange County, and with the wide array of dining and entertainment options the center offers – including the coming AMC Theatres – there’s something of interest for people in every age range and walk of life.

The GardenWalk, which spans from Disney Way to Katella has many vacancies and has often had financial difficulties. Presumably, they hope that the movie theater will draw in foot traffic to help improve the location’s fortunes. The AMC Theatres at Walt Disney World’s Disney Springs will remain open in Florida.