When you’ve been in seven Marvel Cinematic Universe movies and they film back to back to back, you’re bound to forget you been in at least one of them. In a recent reunion with future Disney Legend Jon Favreau, Gwyneth Paltrow —who stars as Pepper Potts in the MCU— didn’t realize that, albeit brief, she had a role in Spider-Man: Homecoming. 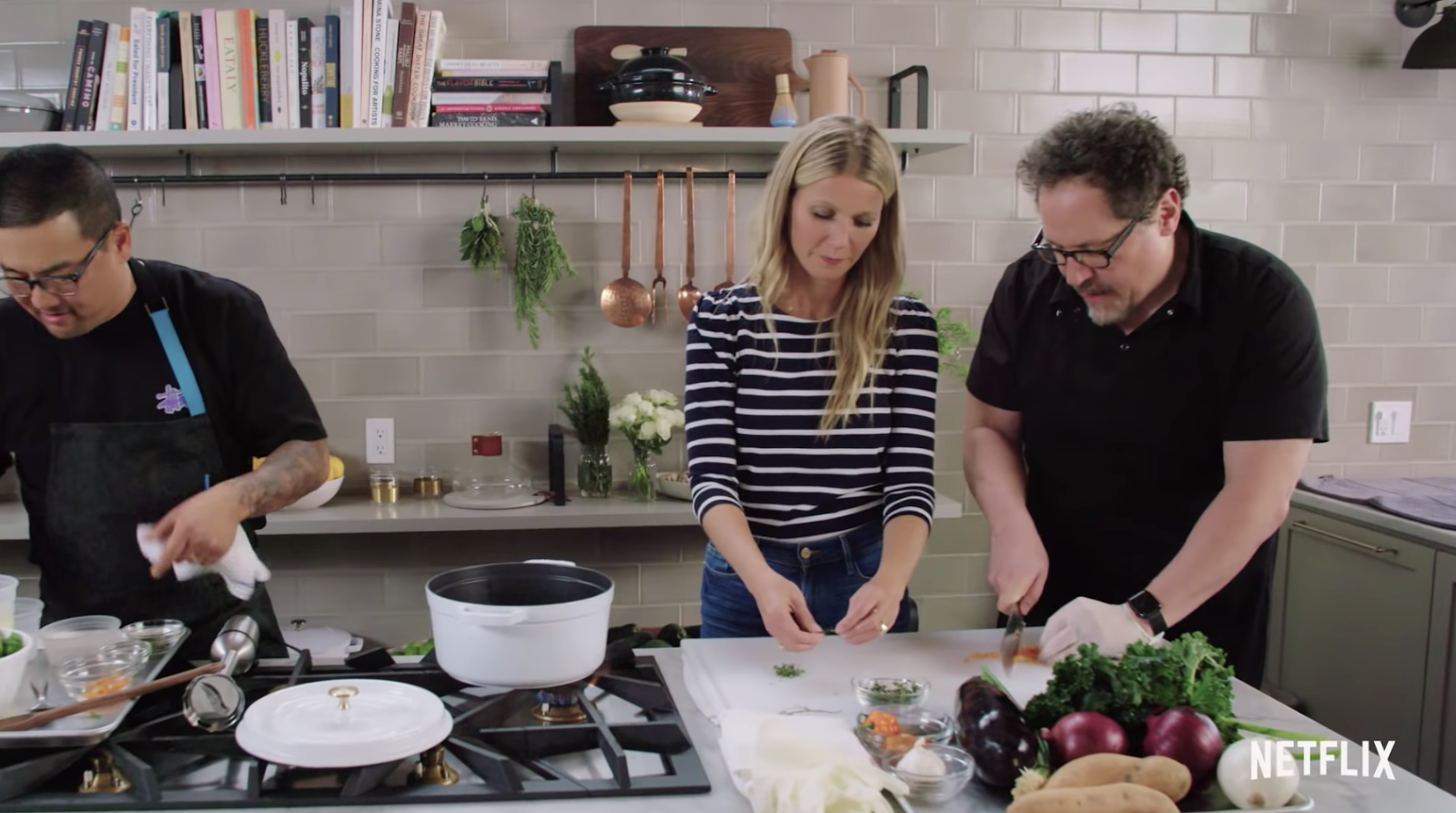 Along with helping to kick start the MCU, Jon Favreau has quite the knack for cooking. He even directed and starred in the film Chef about a chef who quits his job at a posh restaurant to cook what he loves in a food truck. Now, Favreau has a new show on Netflix, The Chef Show where he and his friends, discuss, cook, and eat food. In one of the episodes, Favreau’s guest and Iron-Man co-star, Paltrow, start talking about the MCU and she cannot seem to remember that she appeared in Spider-Man: Homecoming. Take a look:

Gwyneth Paltrow genuinely did not know she was in "Spider-Man: Homecoming" so this adorable interaction from "The Chef Show" is easily my favorite thing on the internet today pic.twitter.com/lc3VlSs1Hp

It’s ok Gwyneth, we have a hard time remembering which actors appeared in which movies too! We’re just really glad they exist. In addition to Paltrow’s appearance, Robert Downey Jr. and Tom Holland also pop up on The Chef Show; so if you’re desperate to see MCU actors hanging out you might want to check out this new series.

By the way, there’s a lot more coming from Favreau this year. First up in July the highly anticipated, Favreau-directed, live-action version of The Lion King will pounce into theatres. Then in August, he’ll be inducted as a Disney Legend at the D23 Expo 2019. Finally, in November, the first ever live-action Star Wars series, The Mandalorian will debut on Disney+.