Whether or not you think it’s a Christmas movie or a Halloween movie, it’s that time of year. As part of El Capitan’s Fall Family Favorites series, Tim Burton’s The Nightmare Before Christmas has triumphantly returned to the landmark theater in Hollywood for a limited run with 4D in-theater effects. Once inside the lobby, guests can find a large mural and photo opportunity near the concessions. On opening night, attendees received a standard popcorn bucket but also had the option to purchase a light-up Oogie Boogie popcorn bucket. Downstairs, the lower lobby features props, models, and various art from the production of The Nightmare Before Christmas. This includes many different Jack Skellington heads throughout the display cases, each with a different look or theme, ranging from Miguel (of Coco) to a mirror-balled Jack Skellington head. The crowd favorite display was easily the spiral mountain, with guests gathering to take photos with the large model even though it’s in a glass case. 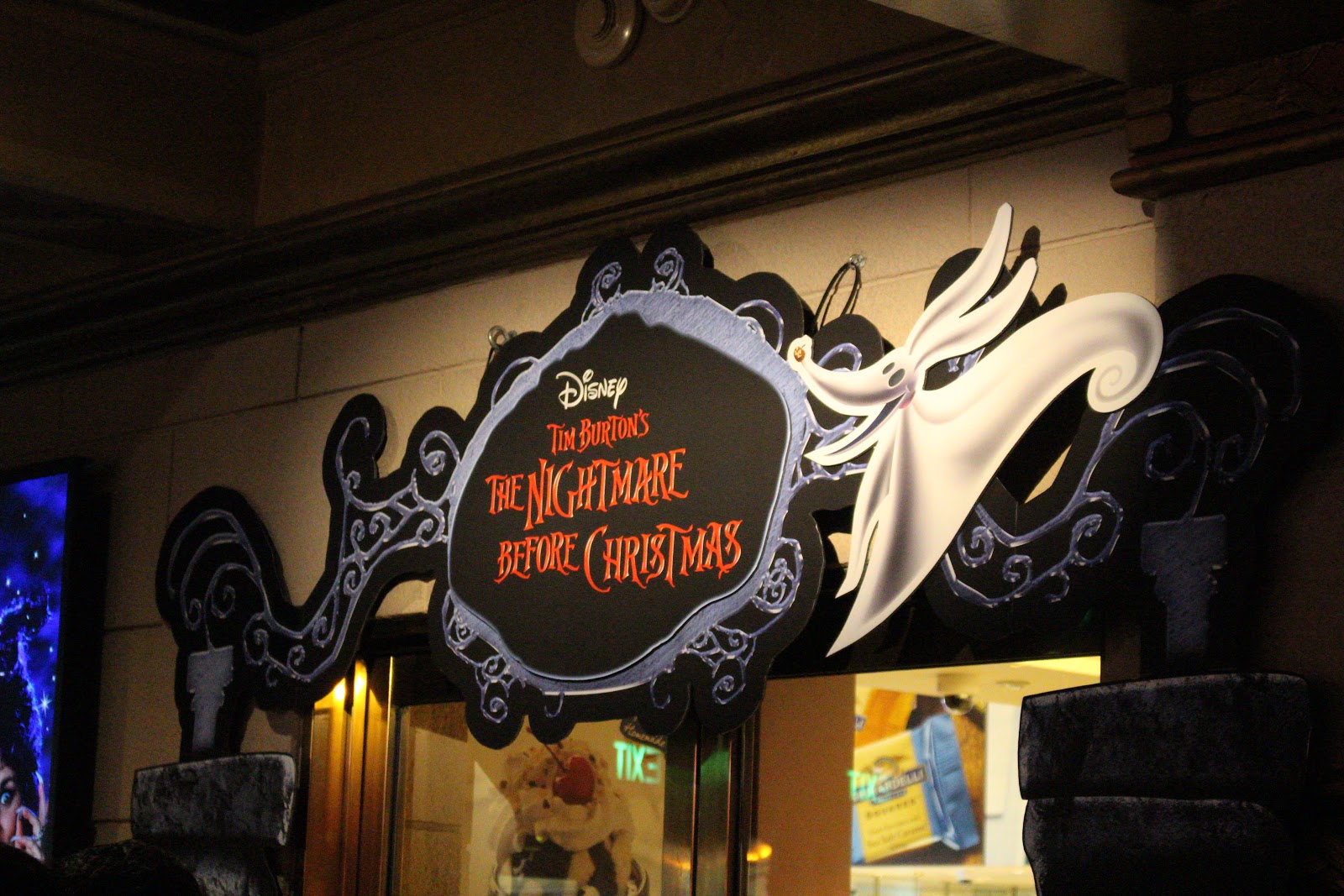 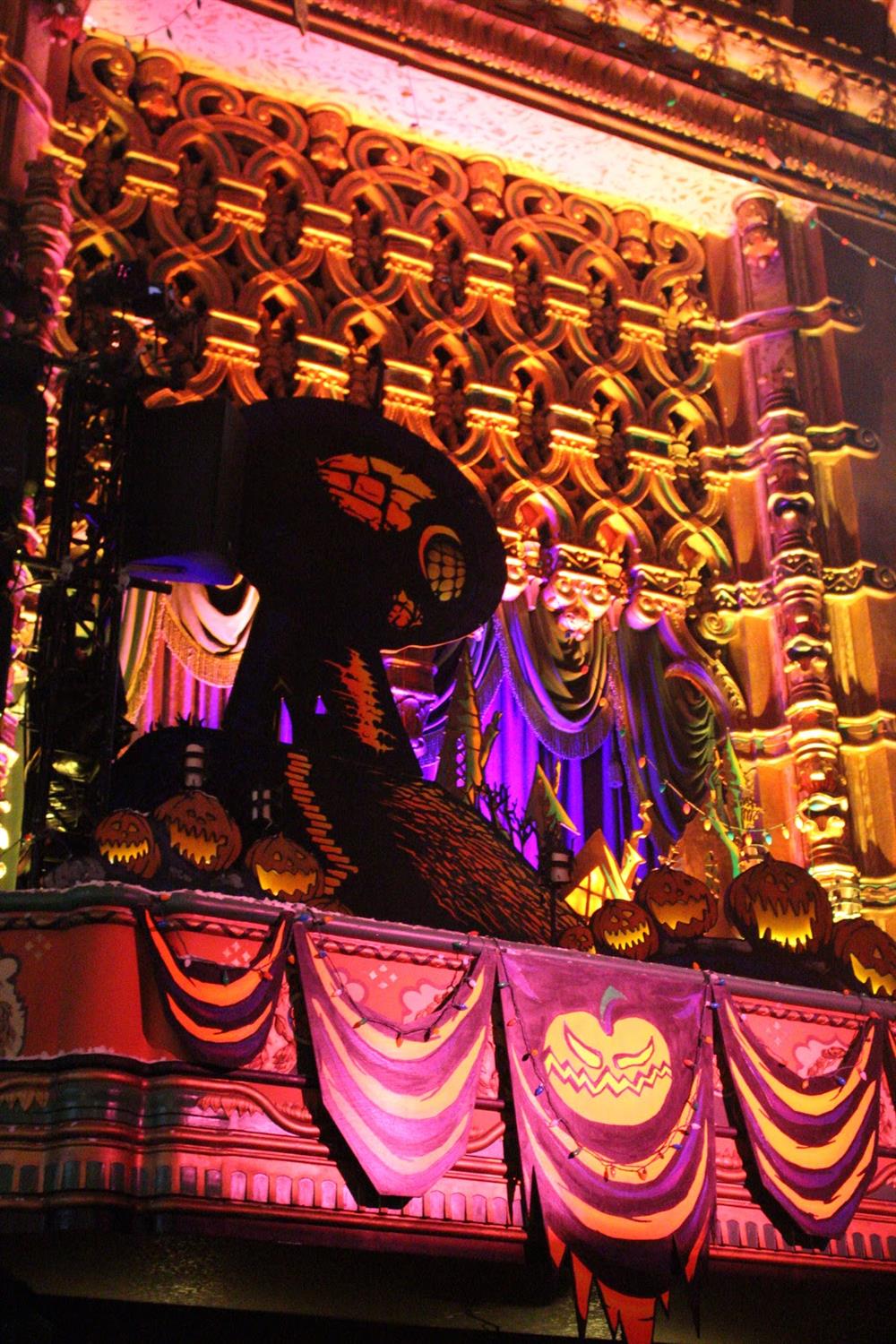 As guests head into the theater, there’s entertainment in the form of El Capitan’s resident organist and a Disney artist who specializes in Nightmare Before Christmas sketches, with his work being projected onto the big screen. On this opening night, there was a raffle where the artist’s work was given away to a few lucky members in the audience. Then producer Don Hahn and Disney author and artist (who worked on Nightmare) Dave Bossert took the stage to give a lively introduction showcasing lost footage and some first-hand stories from working on the film. 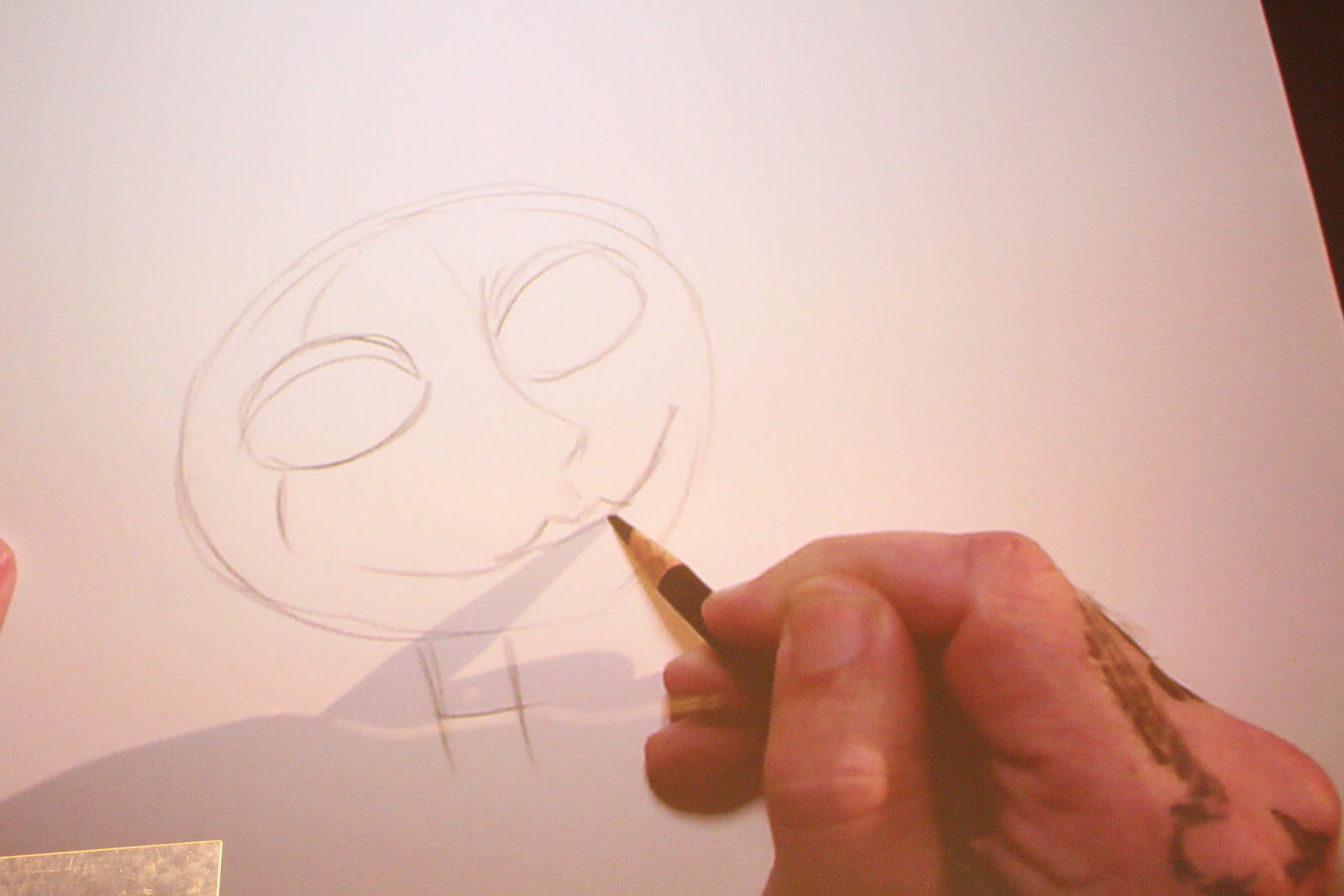 After the presentation, guests can head into the Ghirardelli Soda Fountain and Chocolate Shop next door and check out some of the Nightmare Before Christmas merchandise that has hit the shelves for the occasion. 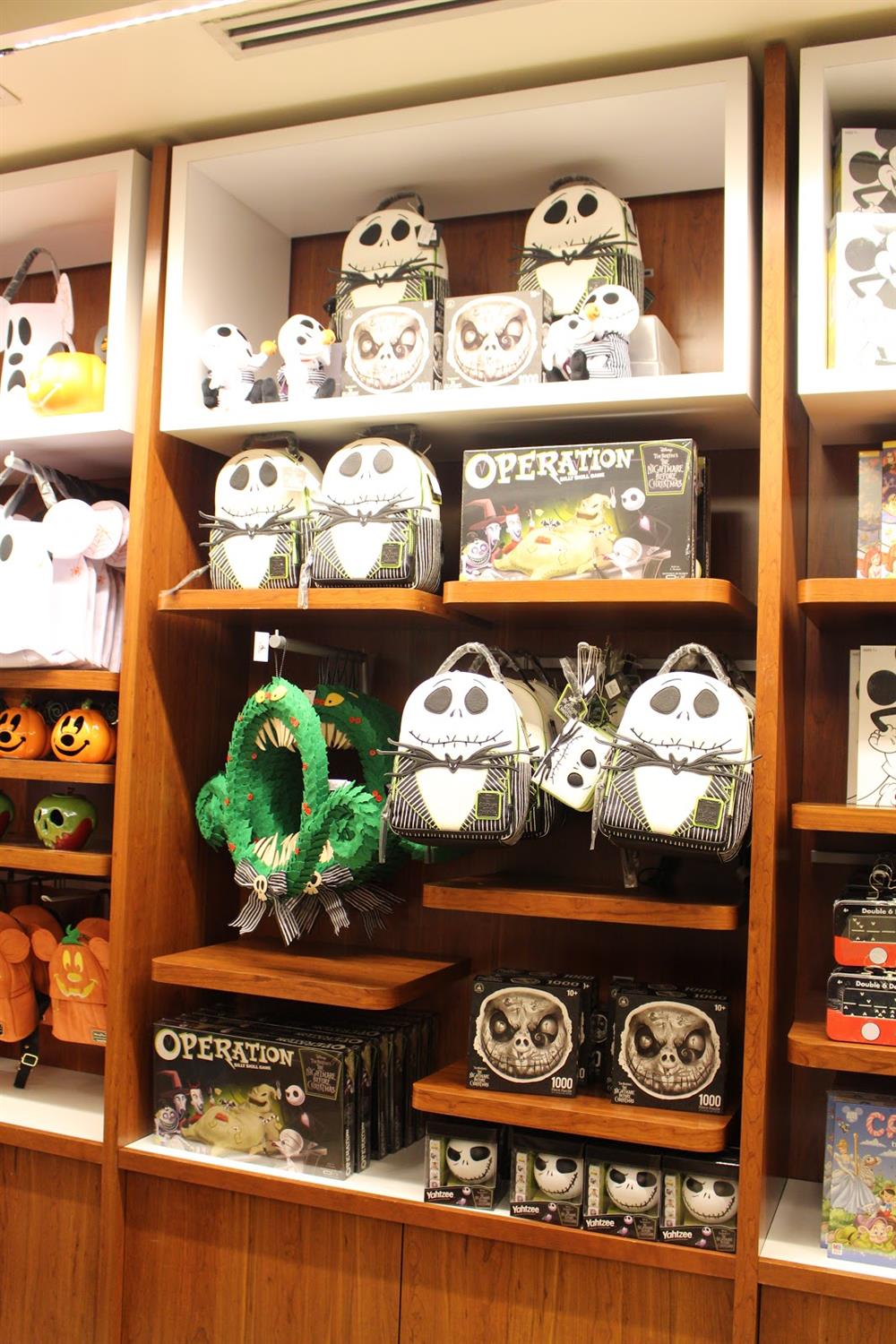 The Nightmare Before Christmas runs now through September 25th at the El Capitan Theater with daily showtimes at:

For more information about the presentations of The Nightmare Before Christmas, be sure to head to the official website for the El Capitan Theater.