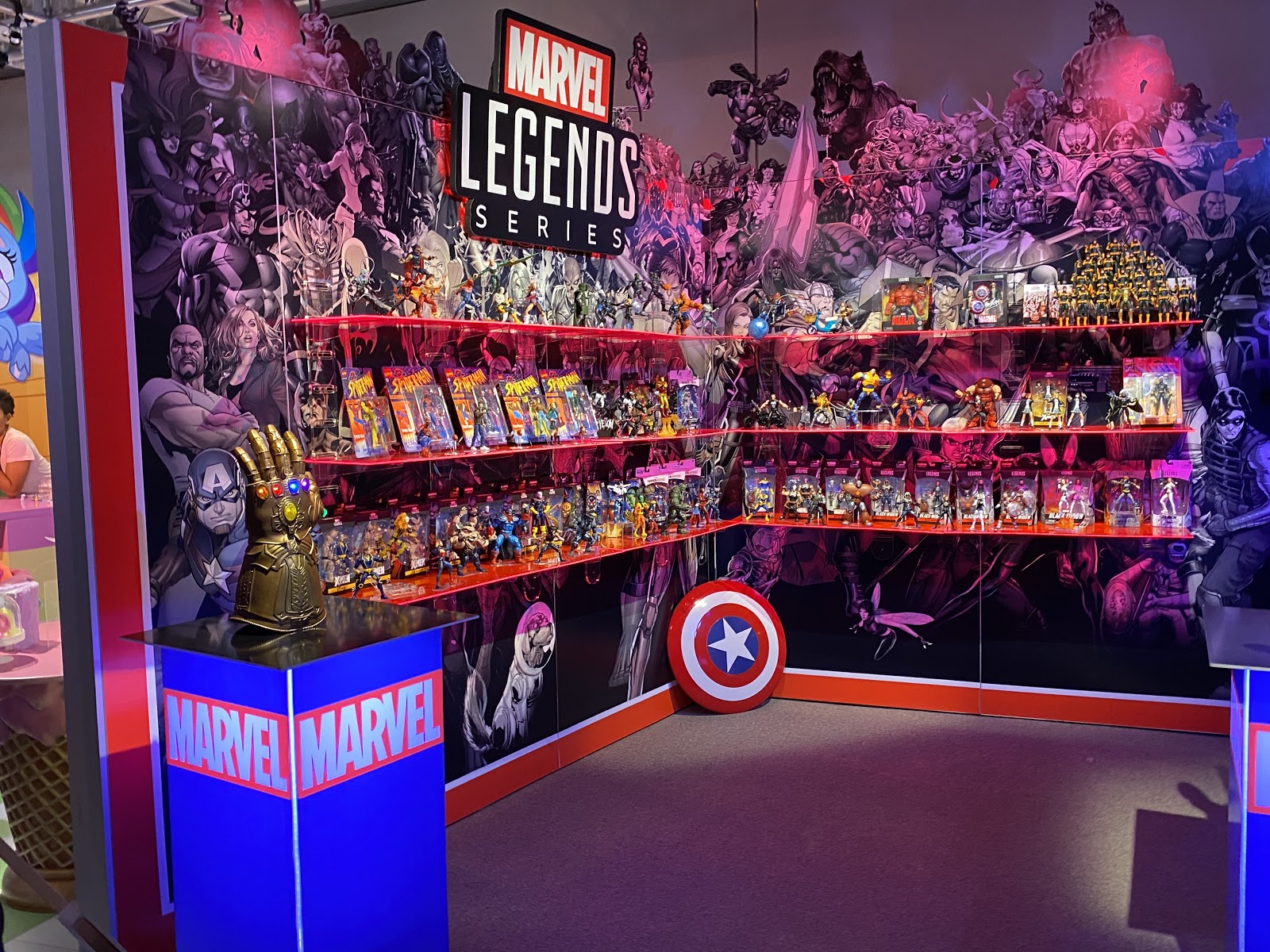 If you’re a Marvel Collector, the only place to be on Saturday, February 22nd, was watching the Hasbro Pulse live stream from Toy Fair. I got to be in the room to watch as Hasbro unveiled new details about their exciting Marvel products coming throughout 2020 and as always, it was epic. We’re going to cover everything we saw from Marvel at Hasbro, starting with the most collectible line in the brand.

First up was a display of the recently released Spider-Man wave 11 with Build-A-Figure Demogoblin, who looked awesome as the centerpiece of this wave on the shelf. The figures in the wave are Spider-Armor MK III, Velocity Suit Spider-Man, Superior Octopus, Marvel’s Vulture, Shang-Chi, and Marvel’s White Rabbit.

Themed to the upcoming Disney XD animated series Spider-Man: Maximum Venom, three Marvel characters have been “Venomized” in a wave that includes Captain America, Ghost Spider, and Miles Morales. Each figure coming this Fall, with Captain America as a WalMart Exclusive.

The X-Men: Age of Apocalypse wave includes X-Man, Sunfire, Jean Grey, Marvel’s Morph, Weapon X, Marvel’s Dark Beast, and Marvel’s Wild Child to Build-a-Figure of Sugar Man, a character so huge the packaging becomes comical for some of the figures.

The first collection of figures based on the X-Men film series will debut in 2020 with two versions of Wolverine, Mystique, and Professor Xavier and Magneto, each with swappable heads that allow you to change them from their First Class era (James McAvoy and Michael Fassbender) to their older counterparts (Patrick Stewart and Sir Ian McKellen).

Another first for 2020 is a Marvel Legends line with Deadpool characters from the films including Deadpool, Cable, Negasonic Teenage Warhead, and Domino.

What’s better than one Deadpool wave? How about two! This one is based on artwork from collector’s cards and the Build-A-Figure is Strong Guy. Figures in the wave include Deadpool (blue & yellow), Black Tom, Maverick, Warpath, Sunspot, and Juggernaut.

Previously released as a long out-of-print Build-a-Figure, a new release of Apocalypse is coming on 2020.

Displayed together at Toy Fair, Old Man Logan and Nimrod are coming this year from the X-Men series, along with Old Man Hawkeye. I know he’s not an X-Men but he just happened to be on the same display.

Another Vintage Collection Storm is coming, this time in black as a Target exclusive, and a modern Rogue will join a future wave as well.

A wave themed to Marvel Studios’ Black Widow is on the way featuring Black Widow, Taskmaster, Crossbones, Yelena Belova, Winter Soldier, Spymaster, and Red Guardian. The Build-a-Figure for this wave is Crimson Dynamo. Store Exclusives include a white suit variant at Target and a grey suit exclusive to WalMart. A deluxe figure includes the debut of a new type of Marvel Legends stand that works with most figures and includes a clear base with multiple places to plug the stand into.

The Hasbro team wasn’t going to let 2020 go by without celebrating this version of Iron Man, coming this year as a standalone release.

Cosmic Ghost Rider, Squirrel Girl on a scooter, and Punisher on a motorcycle will be the latest Marvel Legends characters with a vehicle.

After releasing a green Hulk as a comic con exclusive and grey Hulk as an international exclusive in 2019, Red Hulk will premiere at Target later this year.

A special edition white Iron Man will also be released in the GamerVerse line, celebrating one of the unlockable skins from the upcoming Avengers video game.

For fans who want to have an army of characters in their arsenal, the new Army Builders Hydra Trooper gives fans an opportunity to pick up multiples of a background character that would be harder to find as part of a wave, exclusive to Hasbro Pulse for $14.99. 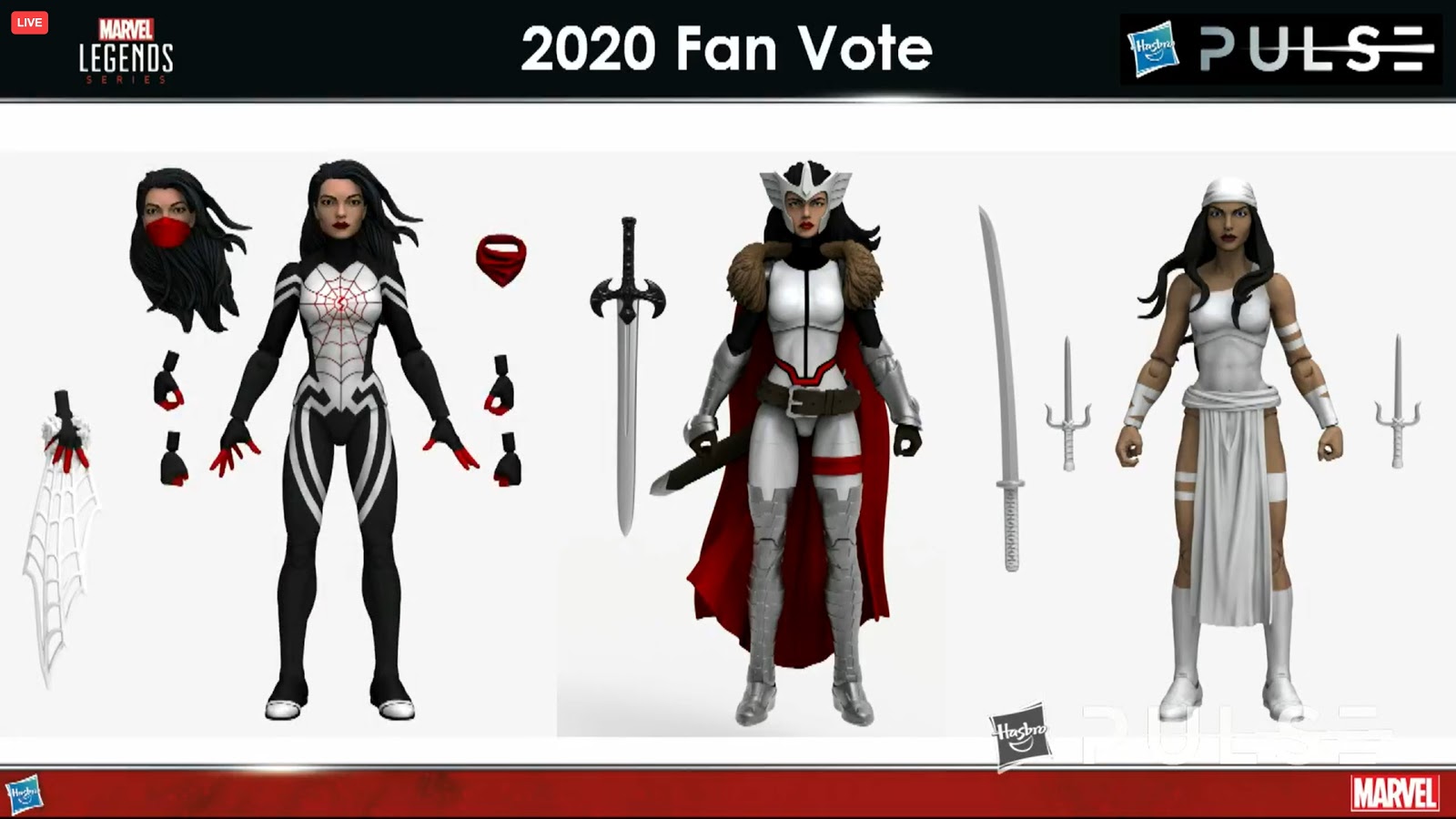 Hasbro resurrected the fan vote after a four-year hiatus and promised to (probably) never make the two figures in this poll that don’t get chosen. You can cast your vote for Lady Sif, Silk, or Electra by clicking here. 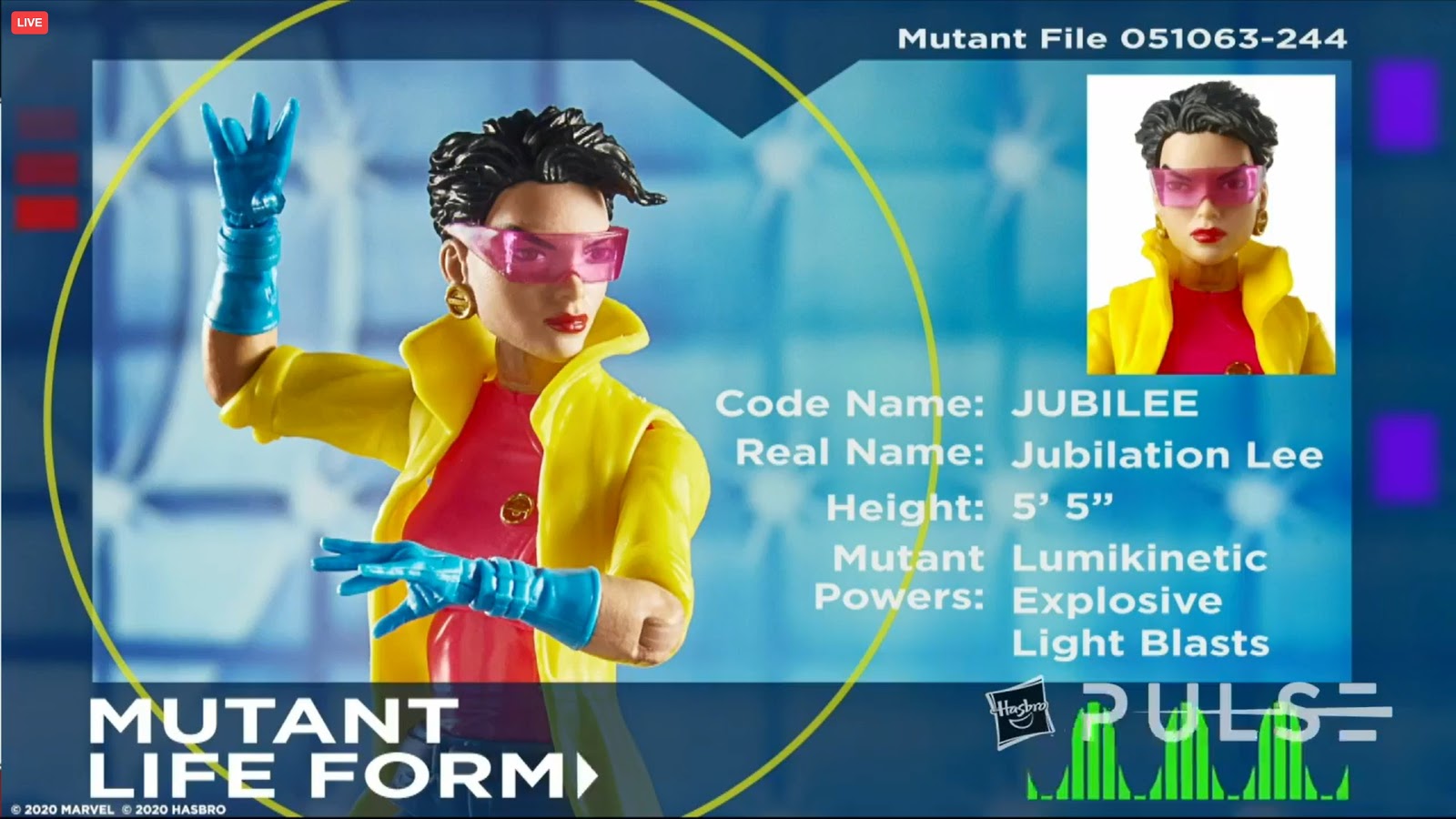 Closing out the presentation on Marvel Legends, they teased an upcoming HasLab project where they showed Jubilee being scanned and identified. Fan theories are running wild and Hasbro will have more news to share later this year. Before we leave the Marvel Legends line, it was fun to see the Stan Lee figure in-person with his autographed Captain America shield. We’ll never forget you, Stan!

On display for a younger crowd was the Bend and Flex series of indestructible twistable action figures for kids. Many of these can be found in stores now including characters from The Avengers and Spider-Man.

The Titan Heroes series continues to celebrate some of Marvel’s core characters as large action figures for kids. In addition to a GamerVerse Marvel Legends wave, there is a playline action figure set as well.

From Titan Heroes figures to Nerf products and role play masks, kids will have a lot of fun reliving the adventures of the upcoming Black Widow film. 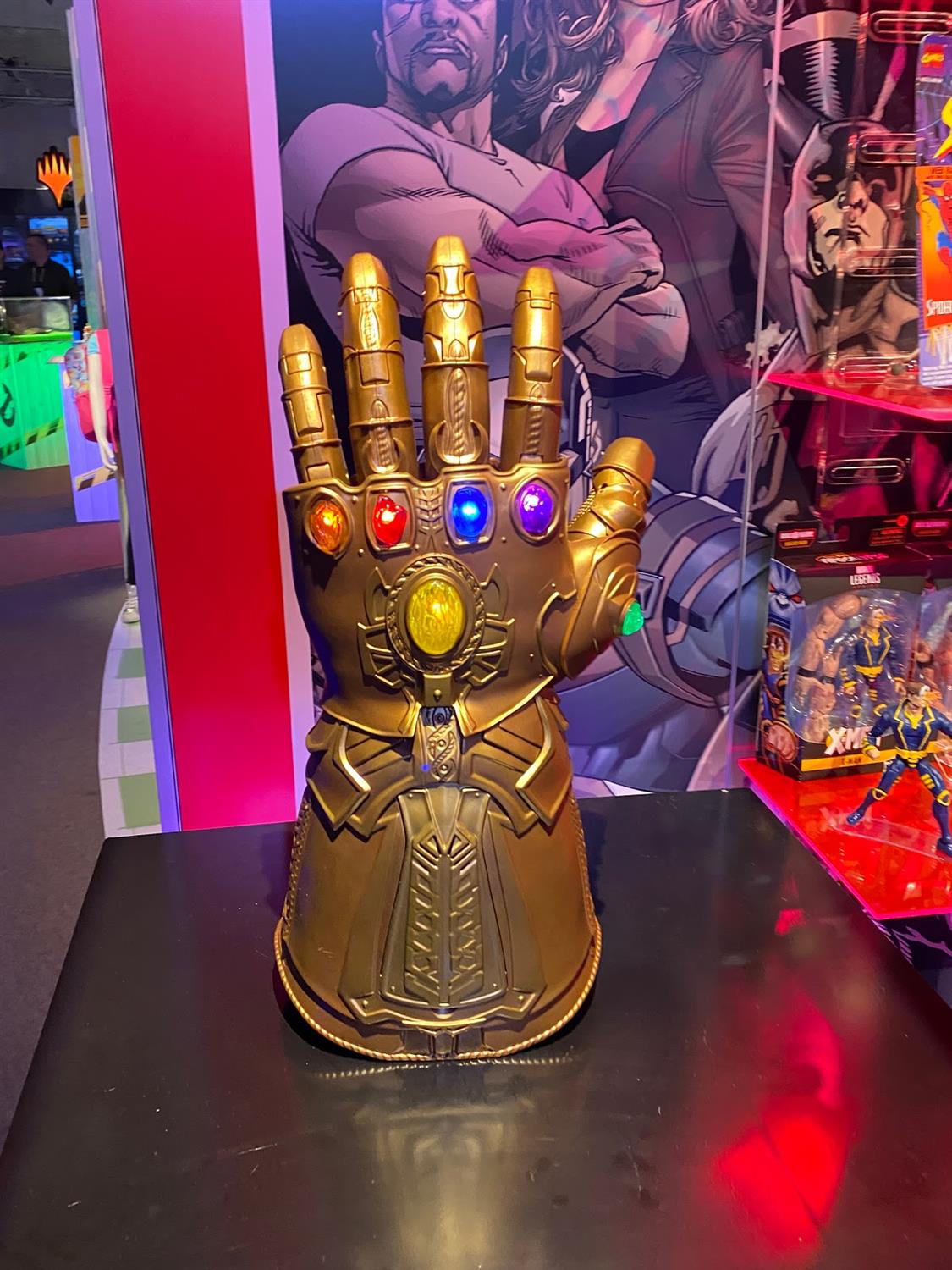 Thank you for joining us on this tour of Hasbro’s Marvel offerings from Toy Fair 2020. Be sure to check back for more exciting news from Toy Fair.