Tags: Disney Plus, Frozen, Olaf, Once Upon a Snowman, Short, Walt Disney Animation

What happened to Olaf within the moments after Elsa created him as she was “letting it go” and building her ice palace, and when Anna and Kristoff first meet him in the forest? And how did Olaf learn to love Summer? The previously untold origins of Olaf, the innocent and insightful, summer-loving snowman who melted hearts in the Academy Award-winning 2013 Disney animated feature, Frozen, and its acclaimed 2019 sequel, are revealed in the all-new Walt Disney Animation Studios animated short, Once Upon a Snowman, coming to Disney+. 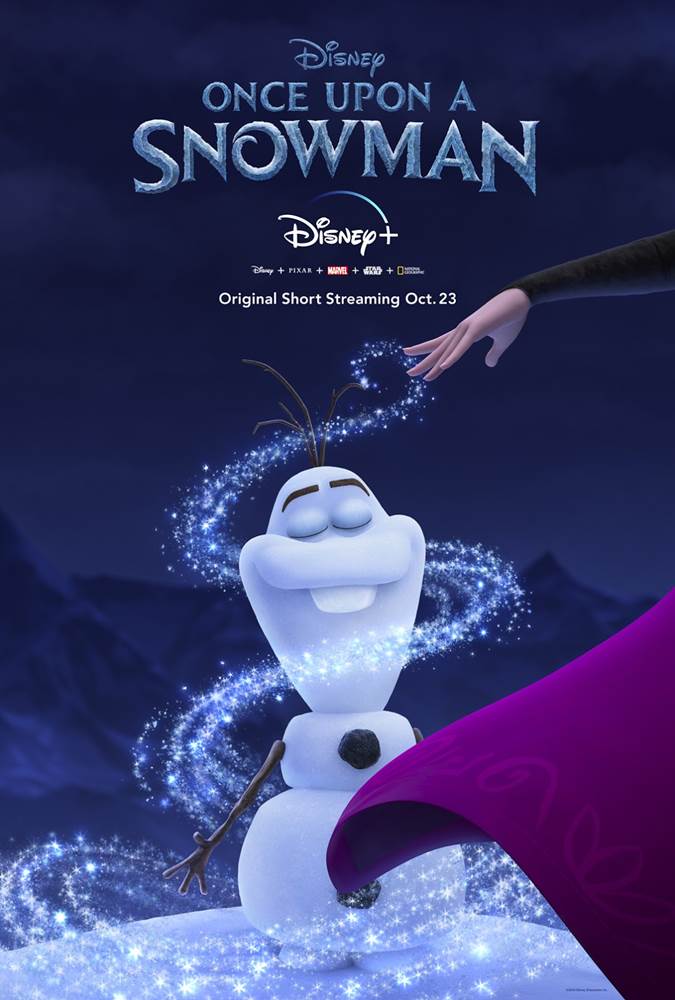