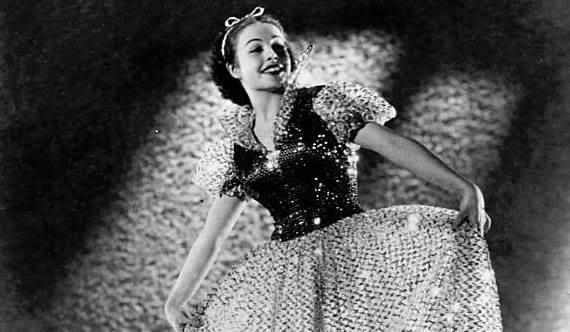 Disney Legend Marge Champion has passed away at the age of 101. She is best known in the Disney fan community as the live-action reference model for Snow White in Walt Disney’s first feature-length animated feature as well as the Blue Fairy in Pinocchio, Hyacinth Hippo in Fantasia, and Mr. Stork in Dumbo. Along with husband Gower Champion, she was a choreographer and star of the stage and screen in her own right.

Born Marjorie Celeste Belcher on September 2, 1919 to Hollywood dance and ballet teacher Ernest Belcher. By the age of 12 she was teaching ballet and by 14 she had been hired by Walt Disney for $10 a day to be the live-action reference model for Snow White, a role she played twice a week for two years to help the animators create a realistic performance. Ernest’s Celeste School of Dance taught many future stars including Fred Astaire, Shirley Temple, Cyd Charisse, Gwen Verdon, Joan Crawford, and future husband Gower Champion.

During her time at Disney, she met and fell in love with animator Art Babbitt. The two had a short marriage from 1936 to 1940, during which she continued to perform on stage, including a touring act with the Three Stooges where she once again played Snow White. Under the stage name Marjorie Bell, she had roles in several films, TV specials, and Broadway shows.

Marjorie and Gower Champion married in 1947. The couple not only performed together, but also choreographed for movies and shows, including the long-running Broadway hit Hello, Dolly! starring Carol Channing. The pair also won an Emmy for choreographing the 1975 tv film Queen of the Stardust Ballroom and worked on the MGM musical Show Boat.

The Marge and Gower Champion Show aired on CBS starting in 1957, a sitcom full of original dance numbers. Their on-screen story mirrored real life with Gower playing a choreographer and Marge a dancer. The couple also appeared frequently on The Ed Sullivan Show and traveled with the TV host on military tours.

The couple separated in 1973 and MArge remarried in 1977 to director Boris Sagal, who passed away from an on-set injury in 1981. Gower also parted this world in 1980 at the age of 61. She stayed involved in the arts throughout the rest of her life, writing books, teaching dance, and serving as a member of the advisory board of the Berkshire Theatre Festival in Massachusetts. She is survived by her son Gregg Champion and step children Liz, Jean, Joey and Katey Sagal.

Our thoughts are with Marge’s family, friends and fans during this difficult time.