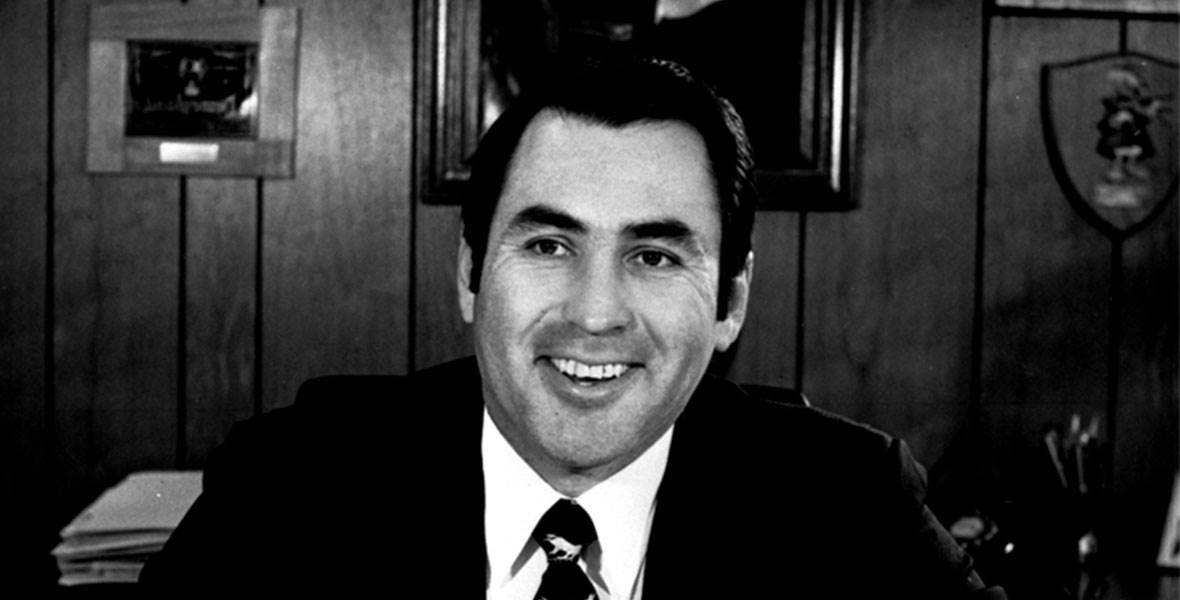 Laughing Place is sad to share that Disney Legend Ron Dominguez passed away on January 1st, 2021, at the age of 85. The news was shared by The Disneyland Alumni Club member Mark Eades on Facebook.

Ron Dominguez, nicknamed “Mr. Disneyland,” grew up in the orange groves that became Disneyland when Walt Disney purchased them from his family in 1954. His childhood home became an administration building behind Main Street, U.S.A. for a period before being demolished. A graduate of Anaheim High School and University of Arizona, Ron became a Disneyland Cast Member at the age of 20 shortly before the grand opening, his first day beginning on July 13th, 1955. His first role was as a ticket taker.

By the end of 1956, he could brag that he had worked on every attraction the park had to offer. He was quickly promoted to supervisor, then manager and by 1970, he was made Director of Operations. By 1974, he became Vice President of Disneyland and chairman of the park operating committee, a role he kept until 1990 when he became Executive Vice President, Walt Disney Attractions, West Coast.

Retiring in 1994 at the age of 59, Ron Dominguez’s legacy was celebrated with a window on Main Street and the Disney Legend Award, which he received in 2000. In addition to his work within the park, Ron helped build strong relationships between Disneyland and the City of Anaheim and was actively involved in the community as a volunteer with local organizations.

Current chairman of Disney Parks, Experiences and Products, Josh D’Amaro, shared a statement with D23 expressing his sympathy. “We are saddened to have lost a very dear member of our family, Ron Dominguez. Ron’s contributions to Disneyland are nearly incalculable. He was well-known among the cast and community throughout his tenure at the park and continued to show his support long after his retirement, guiding and mentoring leaders, including me, for decades. I am personally grateful for all that he has done for Disney, and want to express my deepest condolences to his family on behalf of every Disney Parks cast member around the world.”

Our thoughts are with Ron Dominguez’s family and friends during this difficult time.