Marvel has announced what we can see from Guardians of the Galaxy in 2021, and the new space age is upon us! 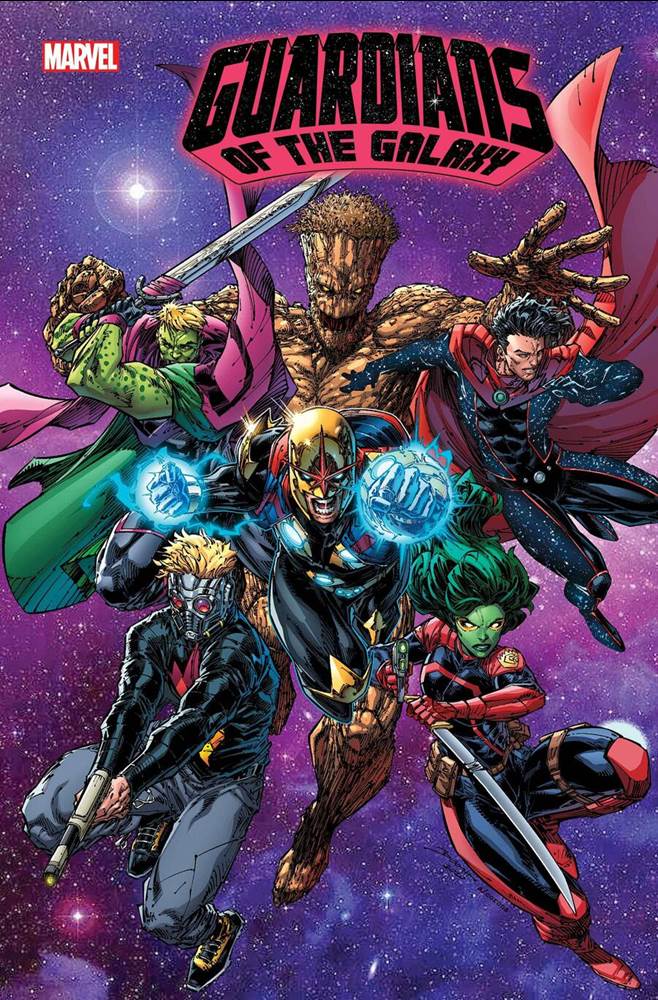 They were soldiers, misfits, mercenaries, thieves and a family. They were heroes… but times have changed. The galaxy no longer needs heroes. It needs super heroes! In the aftermath of their climatic battle with the Olympian gods, the Guardians of the Galaxy have been deputized by the Galactic Council. New adventures call for new teammates and the Guardians have expanded their roster like never before. Joining Star-Lord, Gamora, Rocket, and Groot will be Young Avengers Wiccan and Emperor Hulkling as well as some surprising new teammates yet to be revealed. Now, when the call goes forth – whether it’s from a stranded team of planetary explorers or Emperor Hulkling and his Kree/Skrull Alliance – the Guardians of the Galaxy answer!

Guardians of the Galaxy #13 comes out this April.