The countdown is on to the debut of Raya and the Last Dragon theatrically and on Disney+ Premier Access tomorrow, and tonight was the virtual red carpet event that was live streamed across multiple platforms, where we saw the debut of the official music video for “Lead the Way” and the welcoming of Kelly Marie Tran to the Disney Hero Voice family. 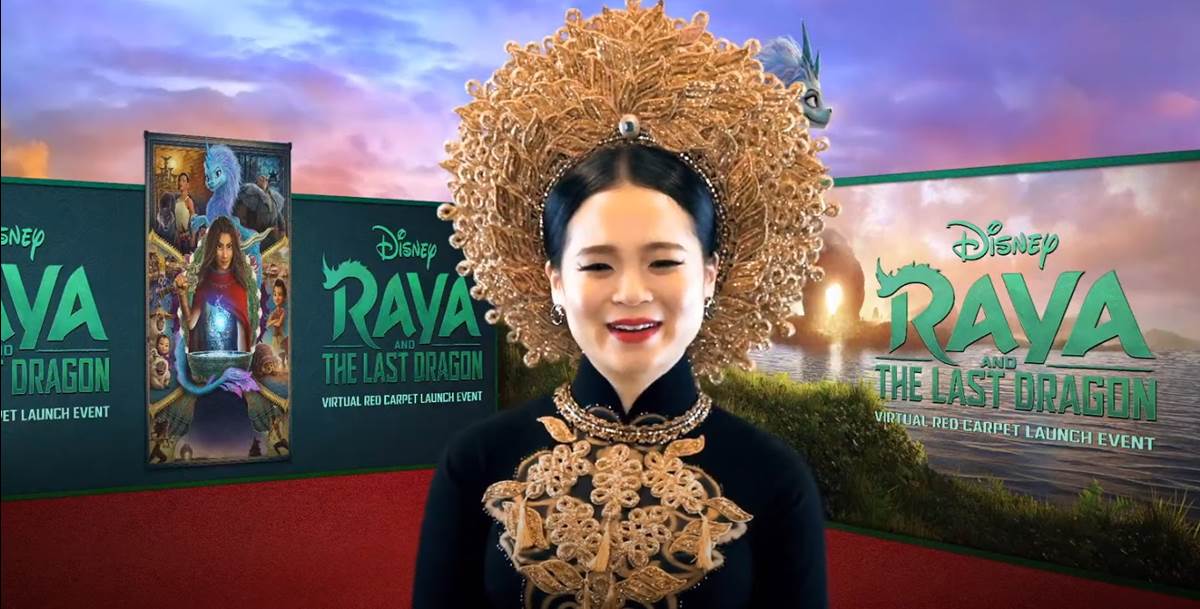