ABC News has announced It’s Not Too Late: Earth Day Special which will air on Hulu and ABC News Live. 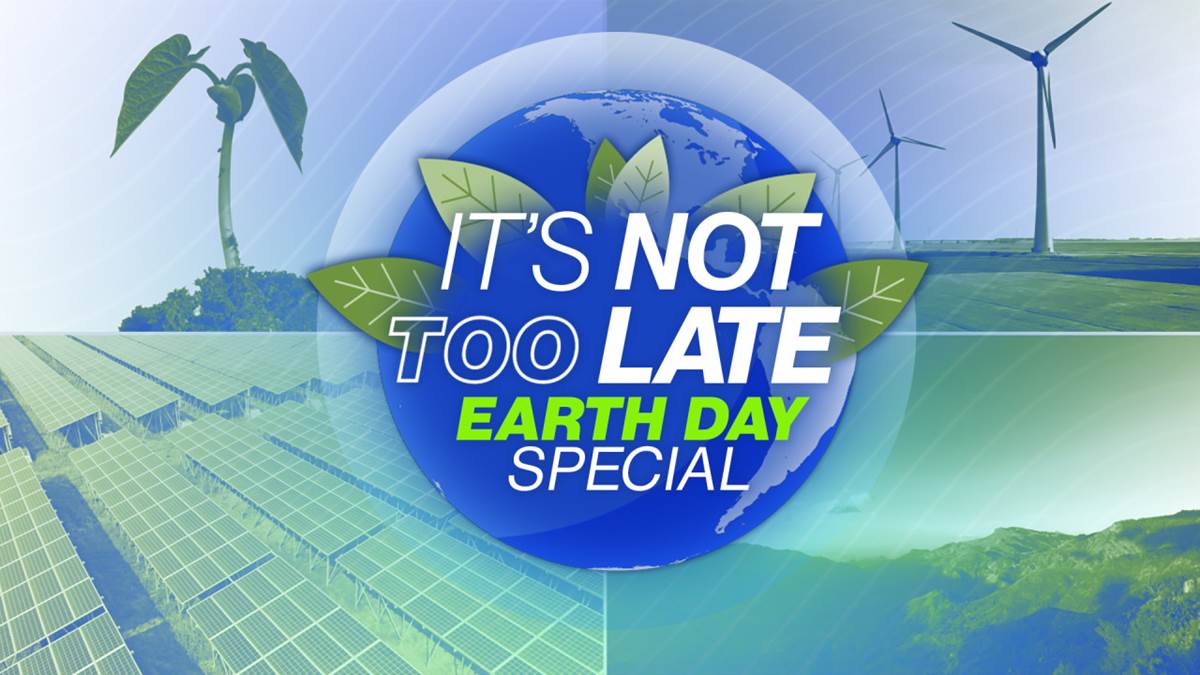 It’s Not Too Late: Earth Day Special will stream on Wednesday, April 21 on Hulu and on Thursday, April 22 at 8:00 pm ET on ABC News Live.