Nothing is exempt from celebrating Star Wars Day (May the Fourth) not even Major League Baseball! While the players in tomorrow’s match up between the American League’s Astros and Yankees might not be using the Force on the field, ESPN’s commentators will be tapping into the energy in the call box with themed costumes, ties, and graphics. 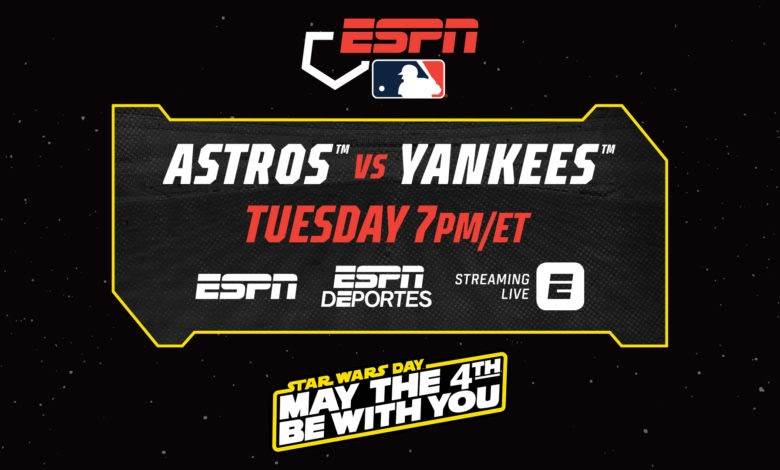