Marvel and Aconyte Books’ Legends of Asgard line will focus on two of Marvel’s warriors, Valkyrie and Lady Sif when The Serpent and the Dead releases on August 3. 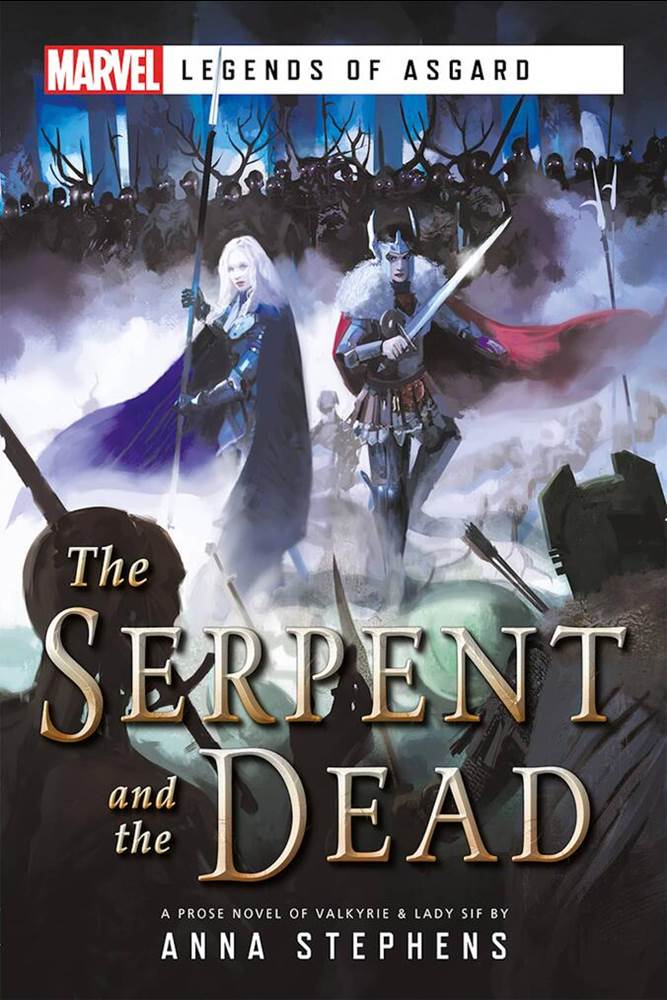 “In The Serpent and the Dead, Brunnhilde the Valkyrie, the fearsome Asgardian warrior entrusted with conveying worthy souls to the heroes’ afterlife, stalks a battlefield finding only empty husks. Yet the souls are not already in Valhalla, or the lesser afterworlds—they have vanished.

She enlists the aid of the valiant Lady Sif, and together they scour Asgard for answers. Rumors abound of towns being attacked by a horde of soldiers who cannot be killed. Someone is building an immortal army and stealing Asgardian souls… A worthy challenge for two of Asgard’s mightiest champions!”