A tweet from the official Mary Poppins musical account has announced that the award winning stage musical is looking for talented young boys to play the role of Michael. 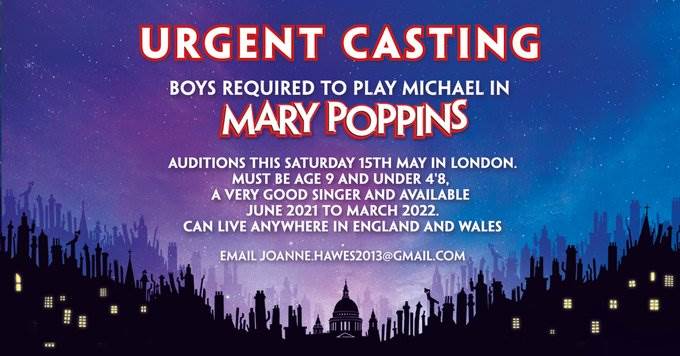