Mike adventured through Disneyland yesterday and spotted some new merchandise arrivals at Star Wars: Galaxy’s Edge including new plushes in the Toydarian Toymaker and some imports from Mandalore. We start off our journey through Batuu exploring Toydarian Toymaker, where the new plushes that were announced a while back have made their debut. 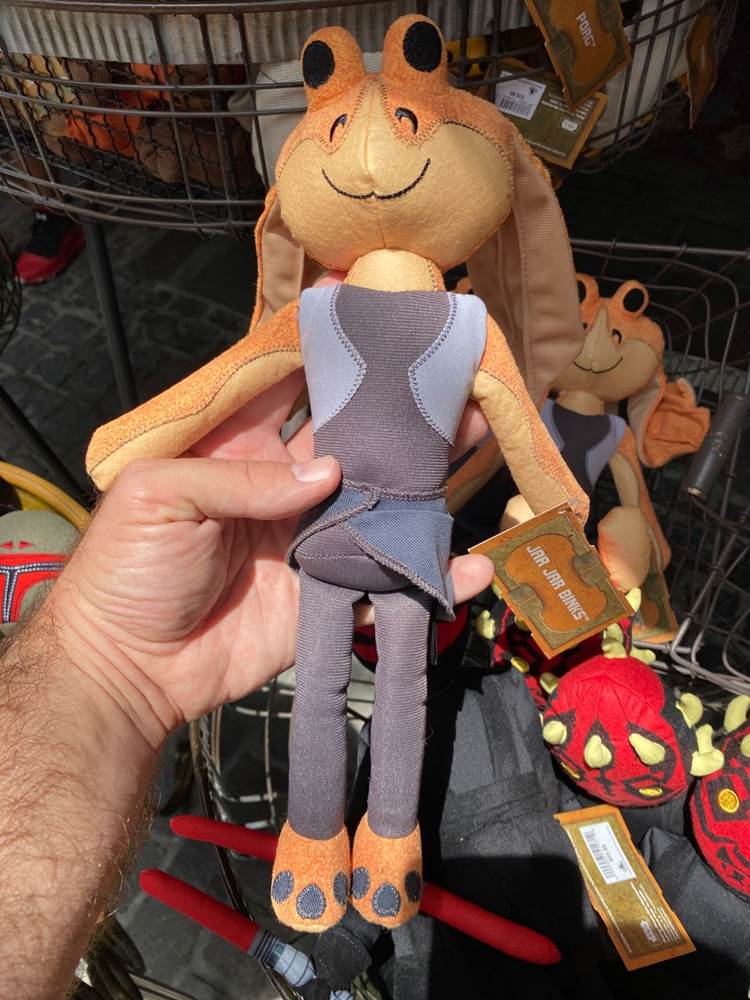 He (mistakenly) decided to pick up a Dok-Ondar plush instead of the incredibly adorable Jar Jar, but we let it pass. At the Marketplace’s Creature Stall, a new blue Lothcat is available to take home. 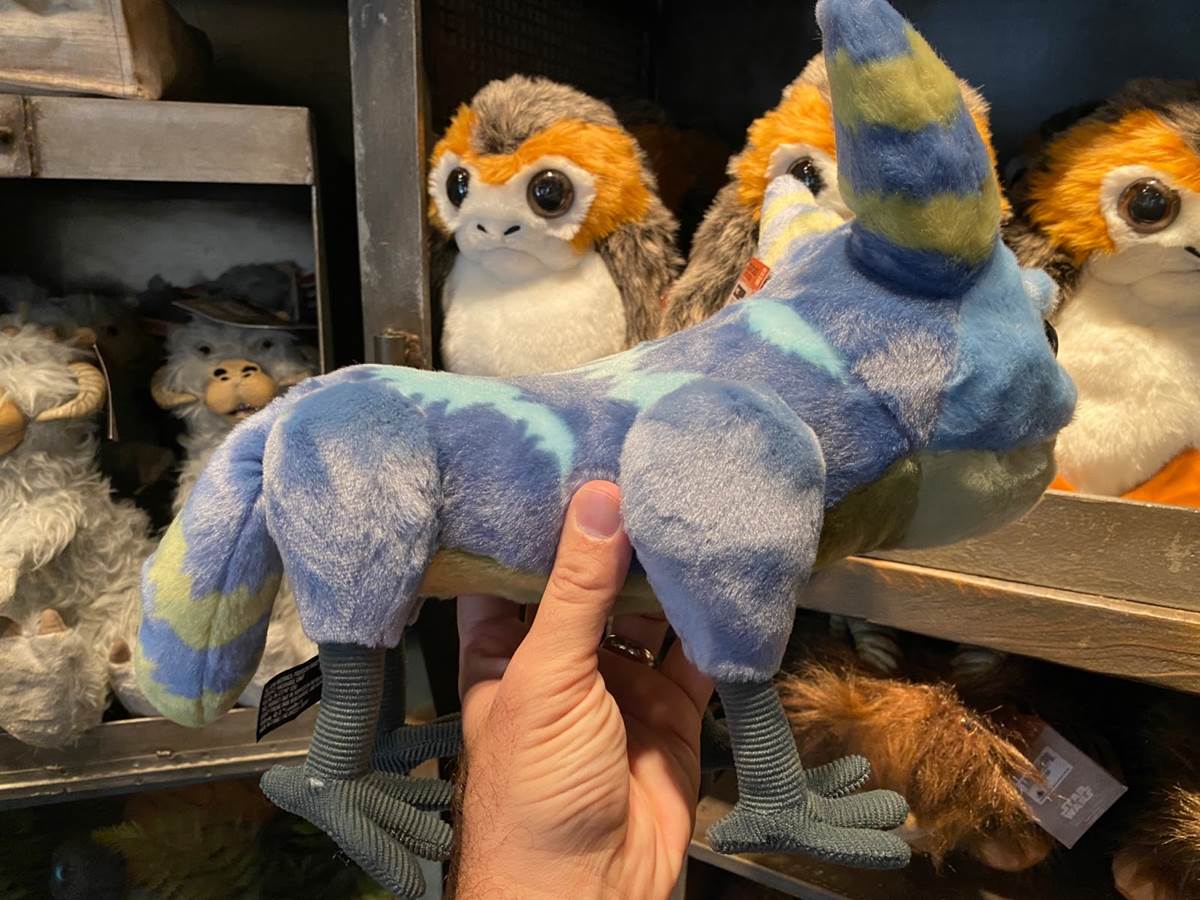 Also at the Creature Stall, you can get a Lava Meerkat featuring in The Mandalorian. 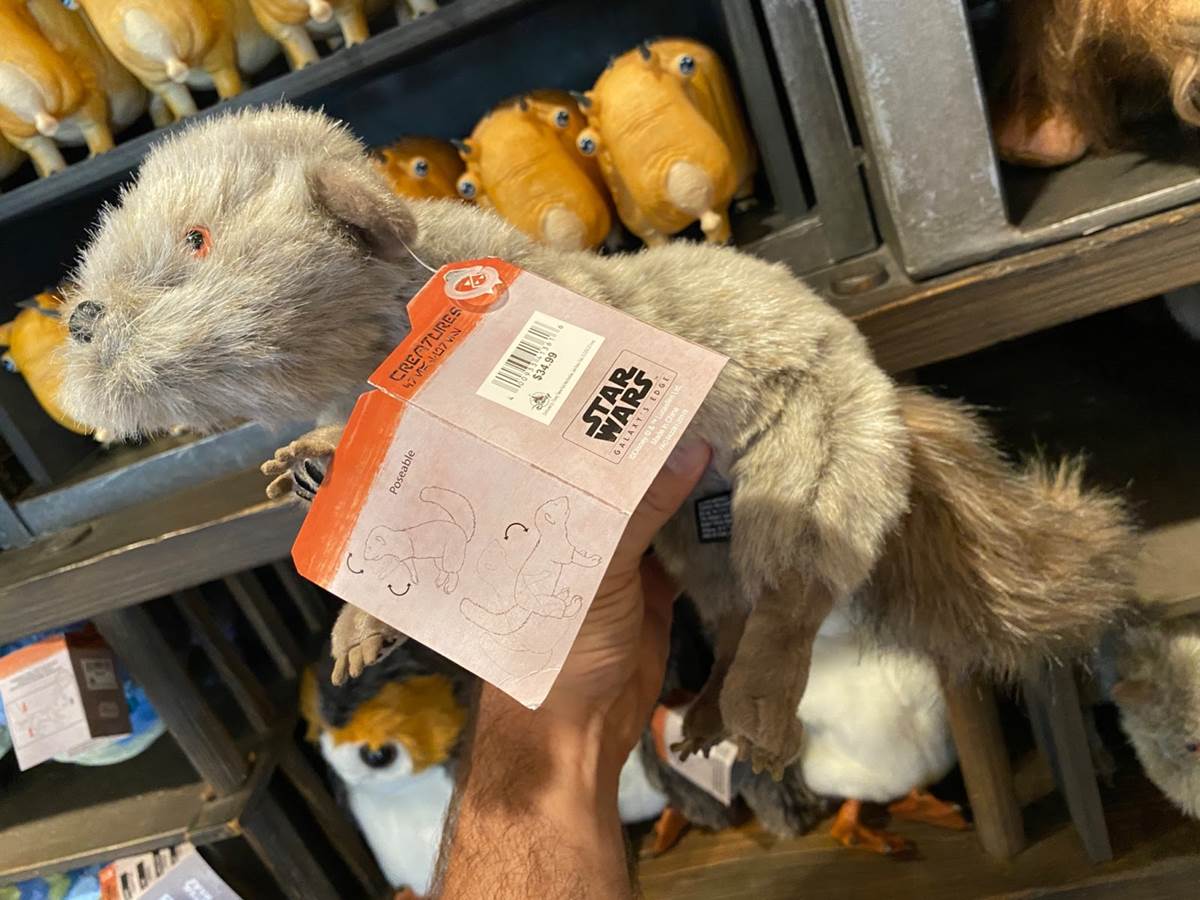 Imports from Mandalore have also appeared over at Black Spire Outfitters, including Boba Fett items like his helmet, gauntlets, and jetpack. Fett’s helmet includes sounds and a voice changer effect. It’s also noted that it cannot be worn at any Disney theme parks. 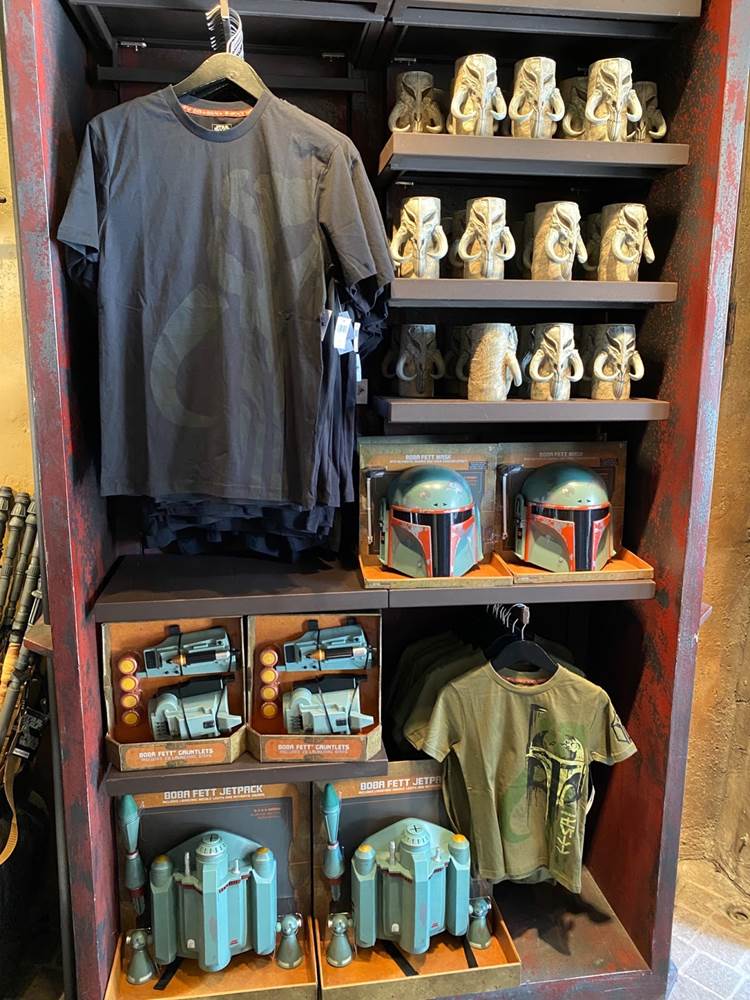 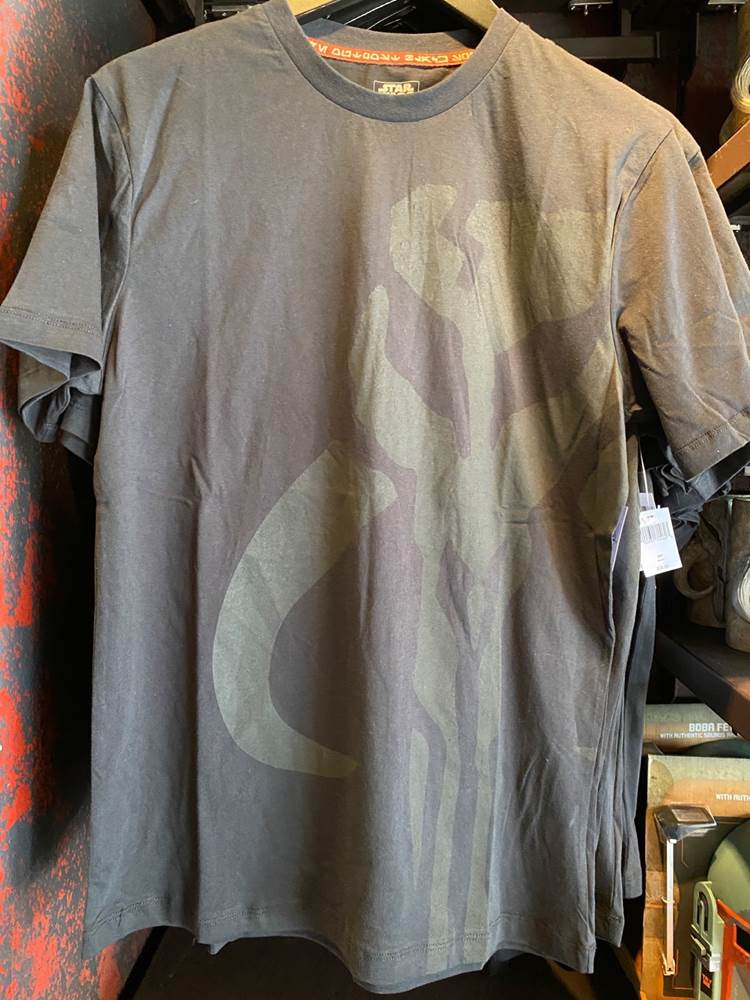 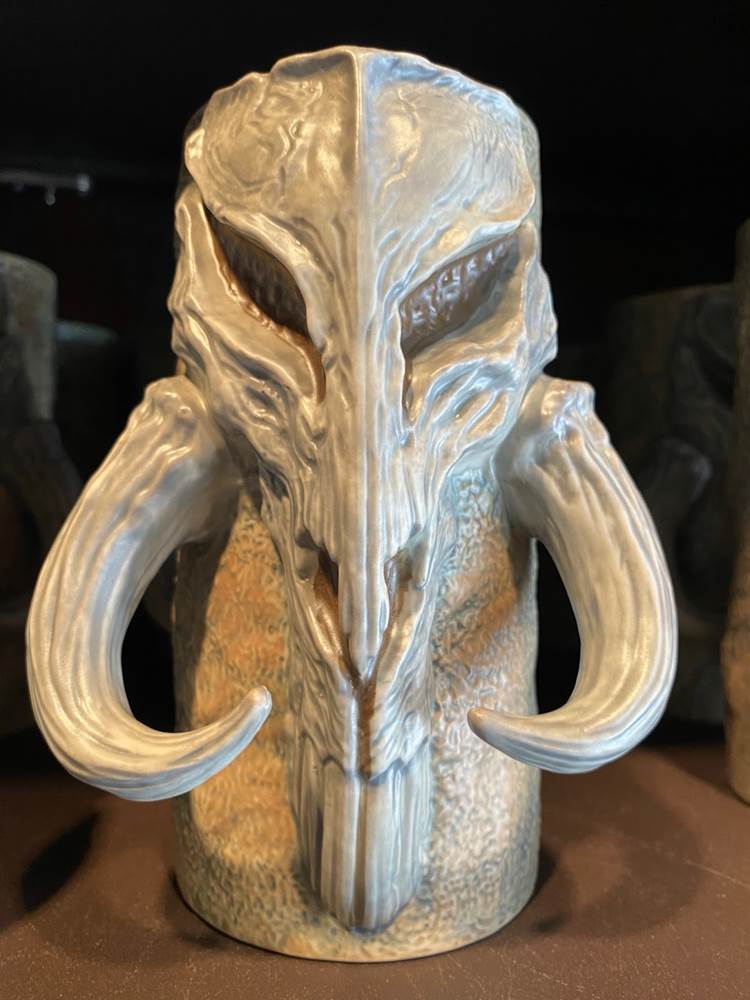 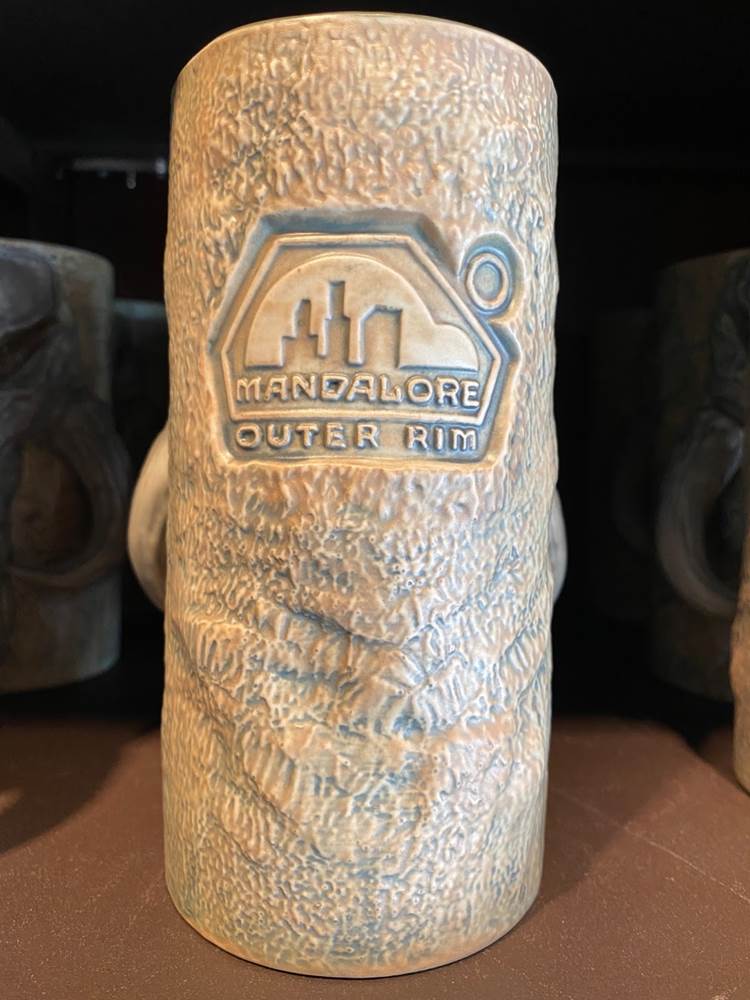 A new Mythosaur skull mug was spotted with some awesome design work.

Next time you head to Star Wars: Galaxy’s Edge, be on the lookout for these new items and more.