DreamWorks Destination, a new interactive character experience, opened for technical rehearsals at Universal Studios Florida today and we were lucky enough to pop in and check it out. 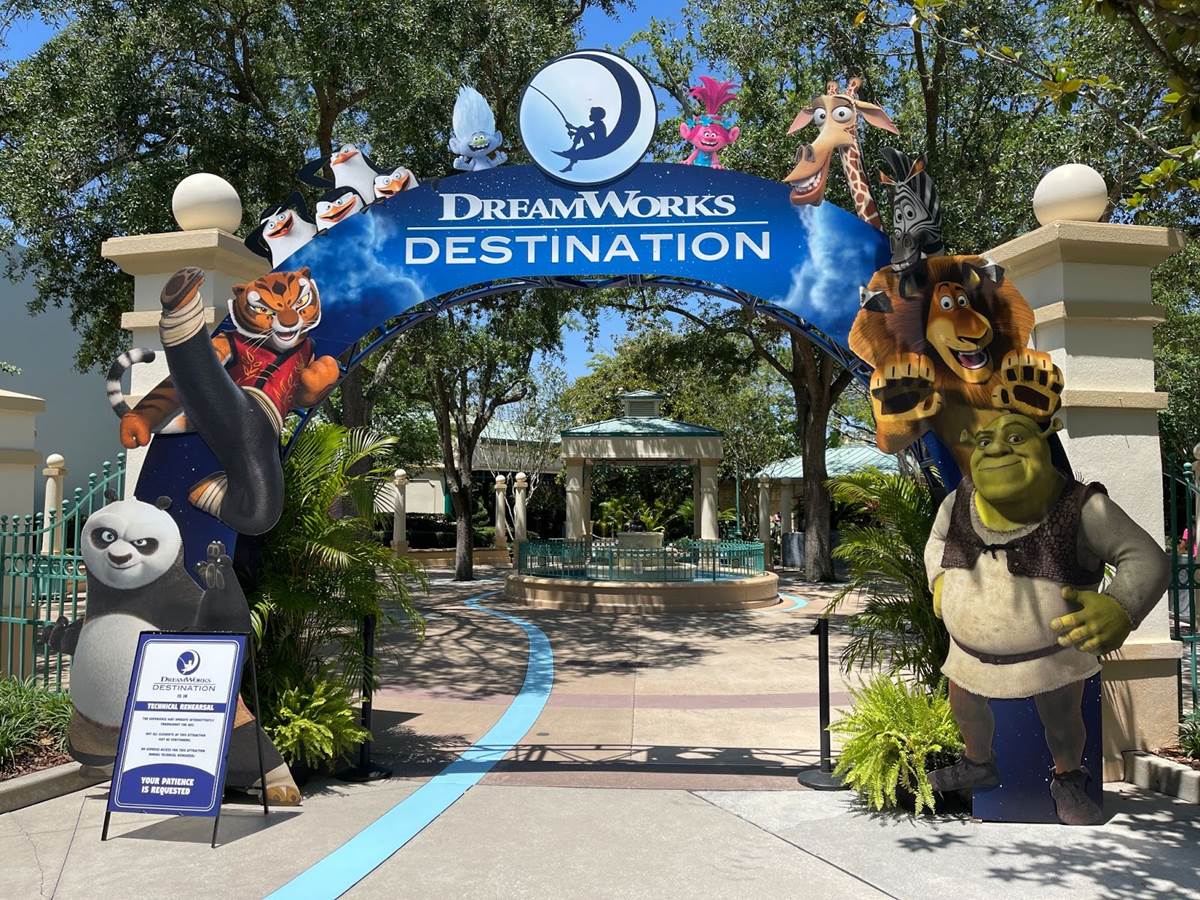 In the waiting area for the venue (which used to be home to A Day in the Park with Barney), guests will find an ad for DreamWorks’ upcoming feature film Spirit Untamed, a Trolls photo op and an ad for the Netflix series Gabby’s Dollhouse. When the show is ready to begin, guests are led to socially-distanced spots from which they will watch some of their favorite characters take the stage. Guests are then able to signal a Team Member when they would like to be taken to a photo spot for a selfie with the characters.

The whole show is an hour long and consists of three 20-minute sets. Each set features three new characters for guests to see and get photos with. A host also provides some added fun with trivia and the characters keep the energy u by dancing all around the stage.

DreamWorks Destination features characters from beloved films like Madagascar, Trolls, Kung Fu Panda and Puss in Boots. The characters we got to see included: 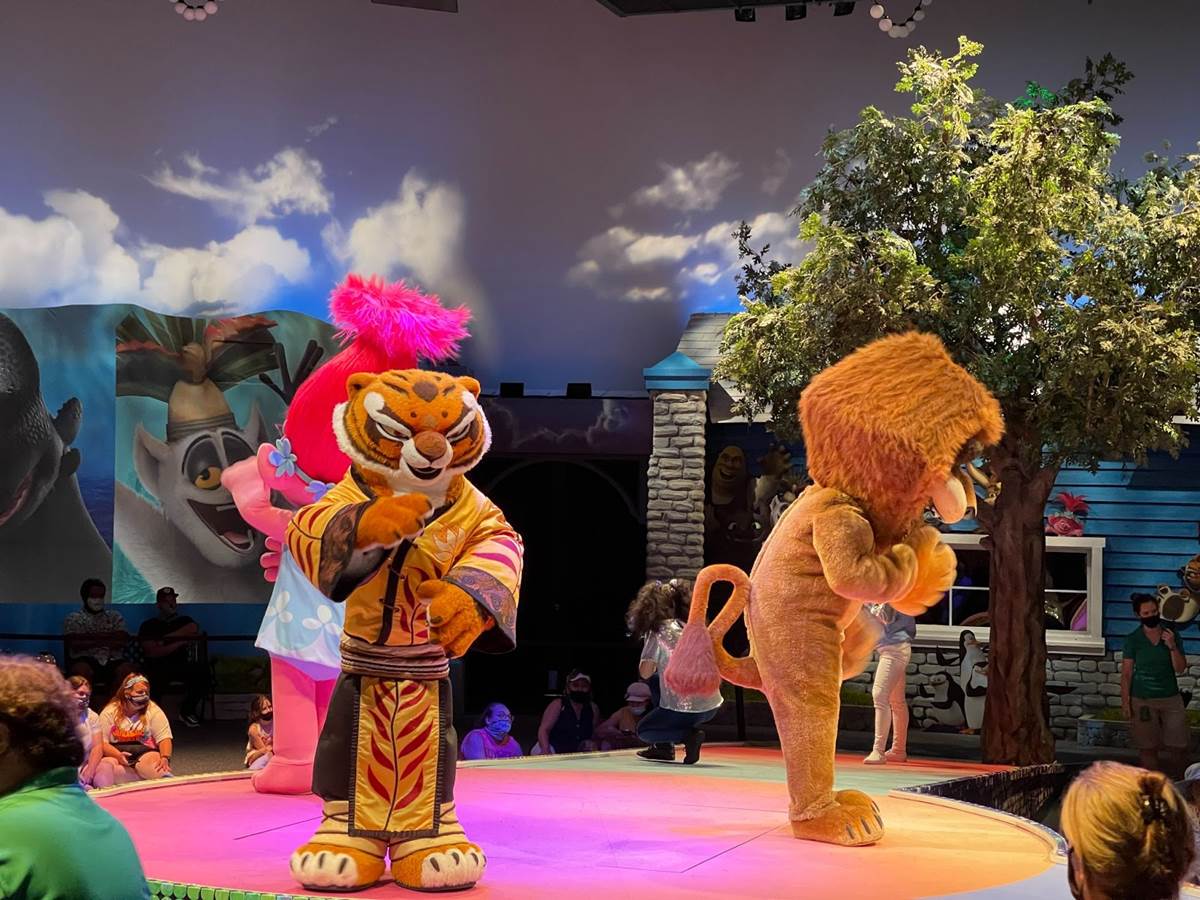 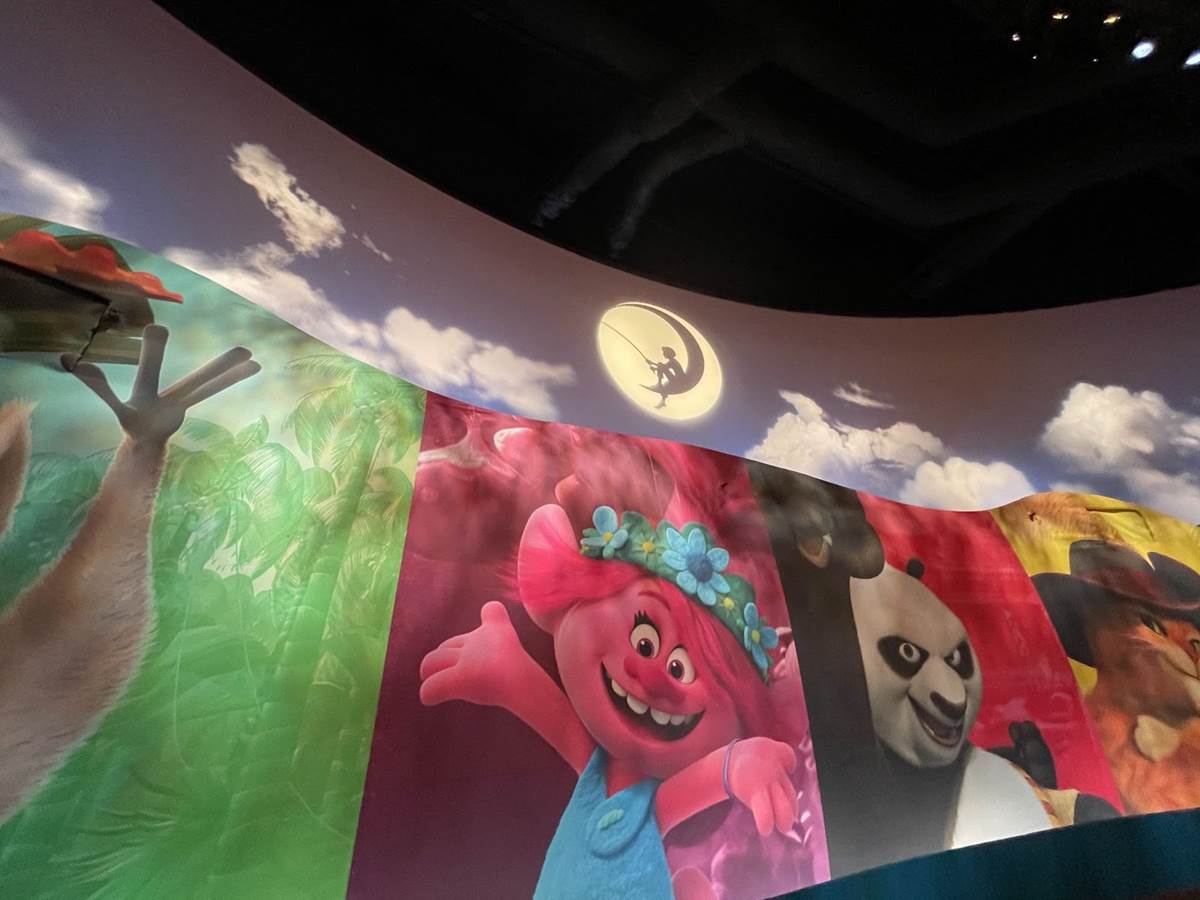 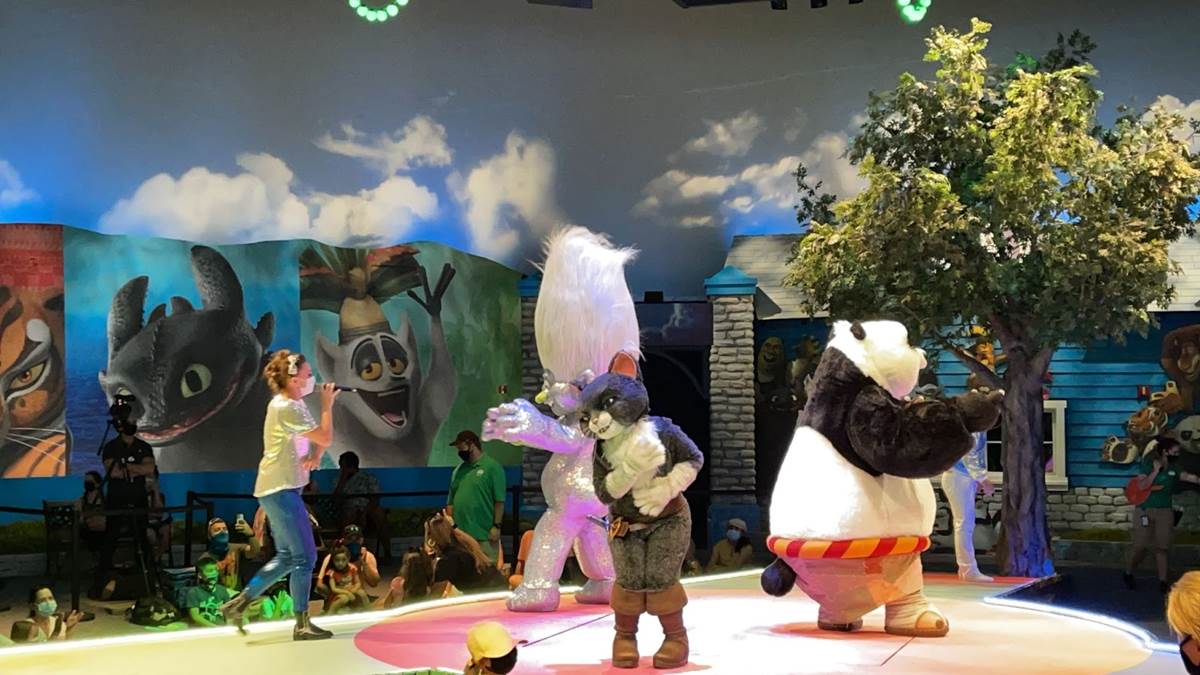 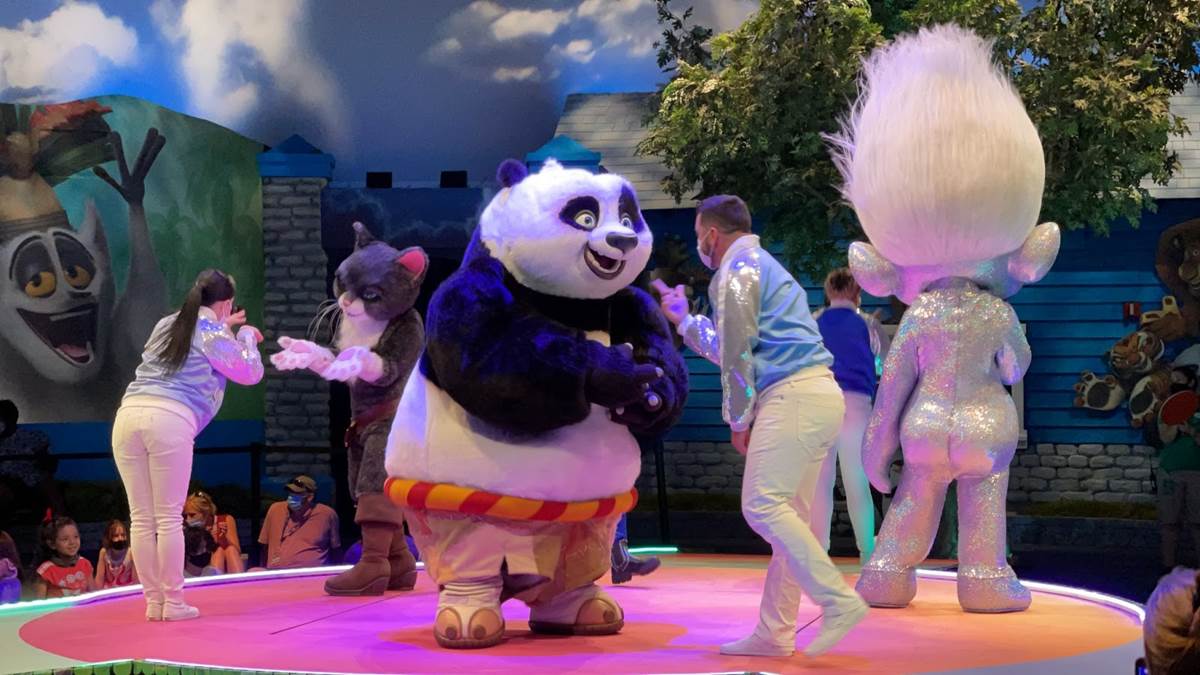 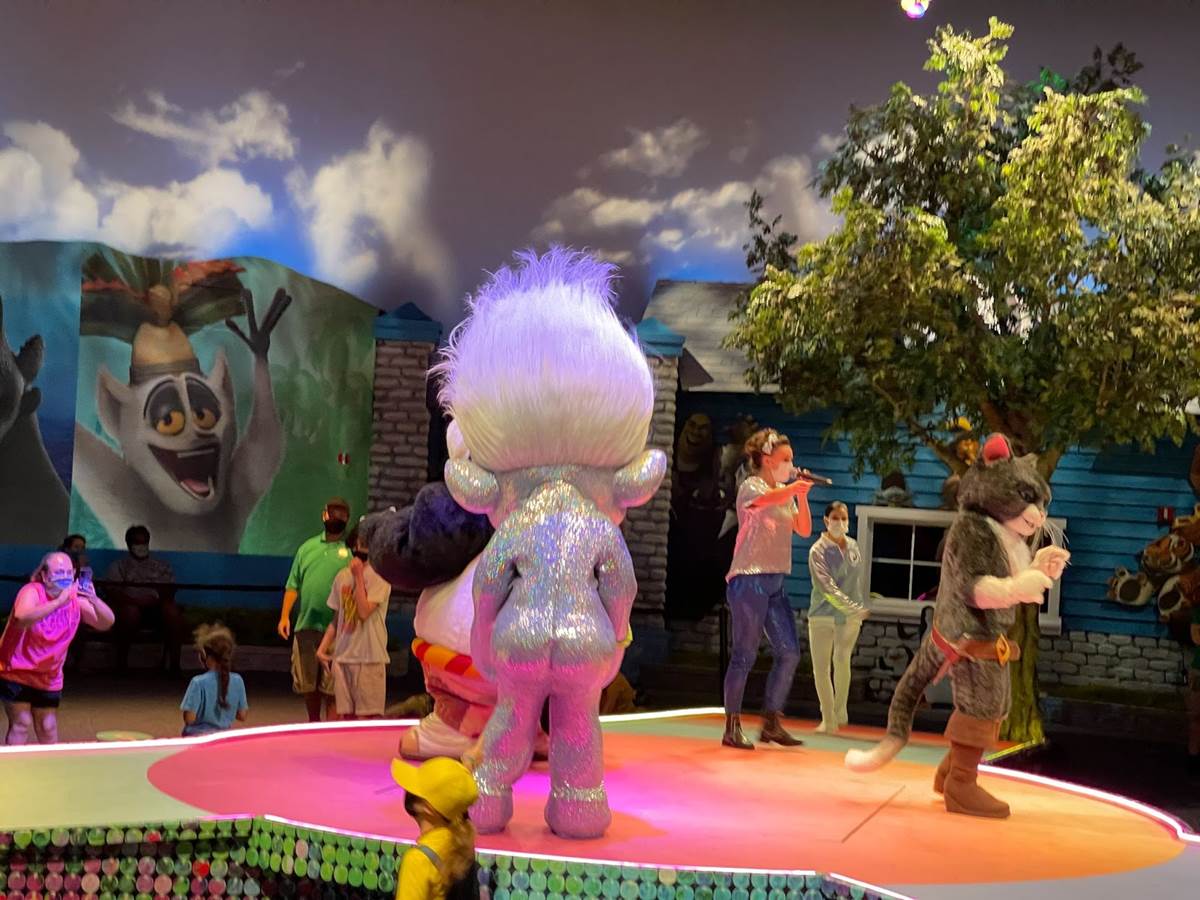 Again, DreamWorks Destination is located in the old A Day in the Park with Barney theater in Universal Studios Florida. Despite only being technical rehearsals right now, the attraction has been added to the park directories. Keep in mind, this attraction may not be available until it is officially opened. No official opening date has been announced for this new interactive character experience as of yet.