After a longer than anticipated wait, Avengers Campus is about to open at Disney California Adventure on June 4th, 2021. Marvel fans will have a place to go that is filled with Marvel experiences, characters, and details that bring a new take on the Marvel Universe to theme park visitors. And while the story may not take place in either the comics or cinematic universes, in true Marvel form, there is still a lot of connective tissue that creates a worldwide Marvel adventure. 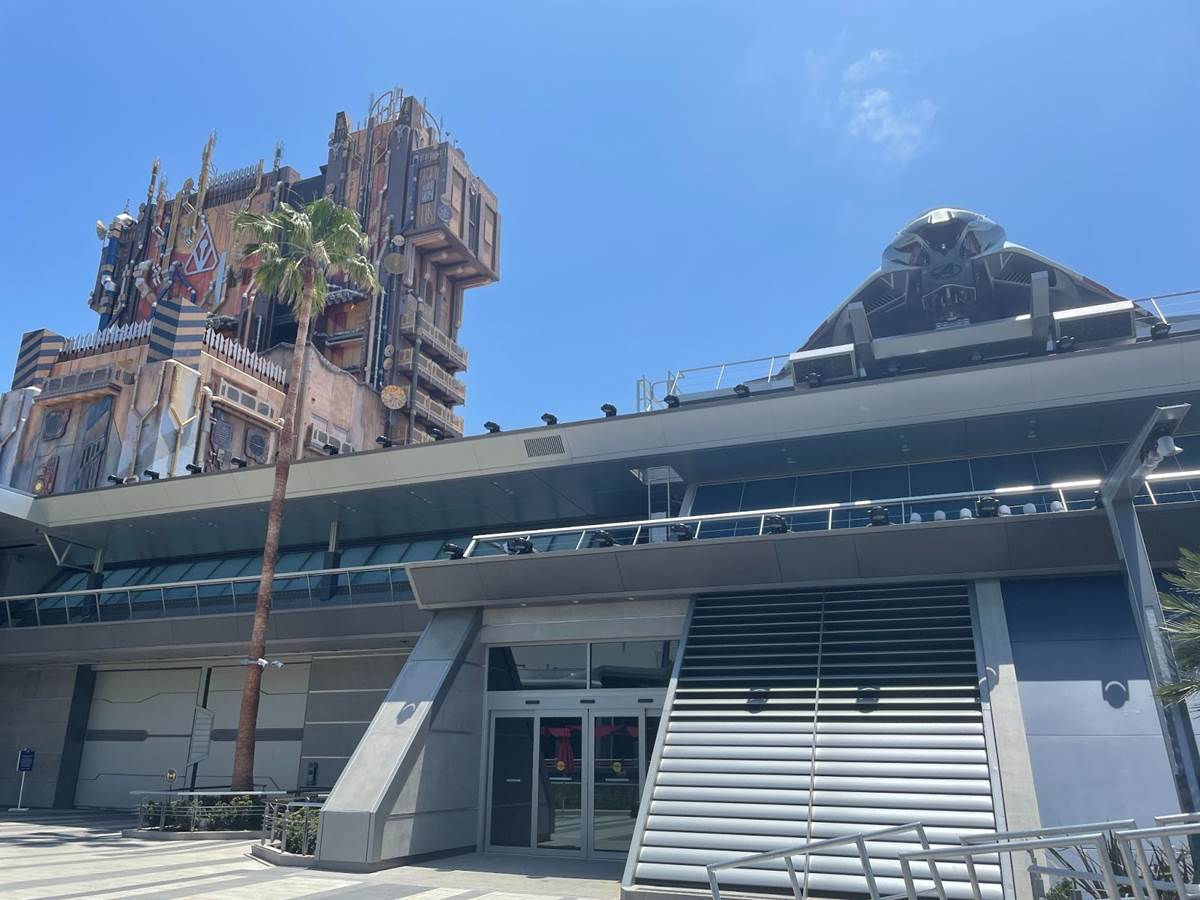 As the story goes, after Hydra attacked the Stark Expo in Hong Kong Disneyland, the Avengers discovered that they needed more heroes. So, in order to step up their recruiting efforts, Earth’s mightiest heroes are building two Avengers Campuses. The first to open is in California, with the second under development in Paris. It should be noted that the Marvel tradition of acronyms continues as CAMPUS stands for Centralized Assembly Mobilized to Prepare, Unite, and Safeguard. In California, the Avengers took over an abandoned Stark Industries facility, which may also have had a previous life as part of the Strategic Scientific Reserve. 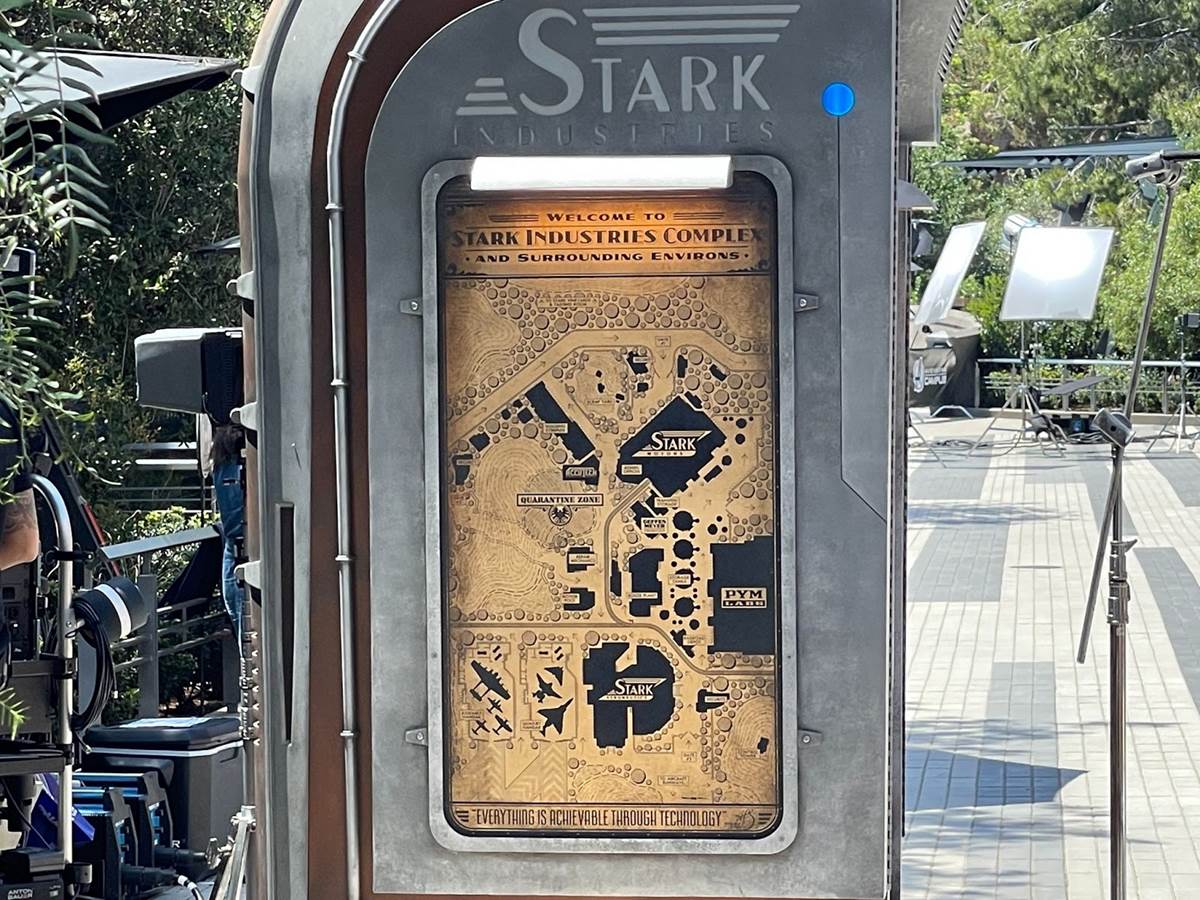 Every section of the campus has a distinct history and purpose. As seen in Disney XD’s Spider-Man series, Peter Parker and his friends have transformed an old Stark Motors facility into the Worldwide Engineering Brigade, where his new invention is the Spider-Bot. (Peter Parker uses a lot of spider terminology for a guy who is trying to keep the fact that he is Spider-Man a secret.) As part of the testing process, W.E.B. is holding an open house as they look for beta testers.  I am sure nothing will go terribly wrong…  Speaking of impressive technology, look for Spider-Man to be swinging from the top of W.E.B. Headquarters. Pym Labs has been transformed into the Pym Test Kitchen and the Pym Tasting Lab. At the Pym Test Kitchen, Pym Technology partners with Impossible Foods to “Shrink problems and grow solutions.” Pym food scientists are using Pym Particles to change the size of everything. This point is brought to the forefront with the conveyor belt that turns ordinary pretzels into a super-sized item. Gigantic soda cans feed the Coca-Cola Freestyle machines that feature the speciality Pingo Doce soft drink, which is available in regular and zero sugar varieties. The condiments are dispersed from oversized bottles that come courtesy of Bountiful Valley Farms (including artwork that some fans may recognize).

Next door, the Pym Tasting Lab innovates with flavors and techniques that will probably make this a go-to destination for regular recruits. For example, the Molecular Meltdown includes a marshmallow milk stout and vanilla ice cream topped with mini marshmallows. Even the beverages are served in a unique way, as soom of the beers will be poured from the bottom to the top. Other food locations include the Easter Egg-filled Shawarma Palace and Terran Treats. 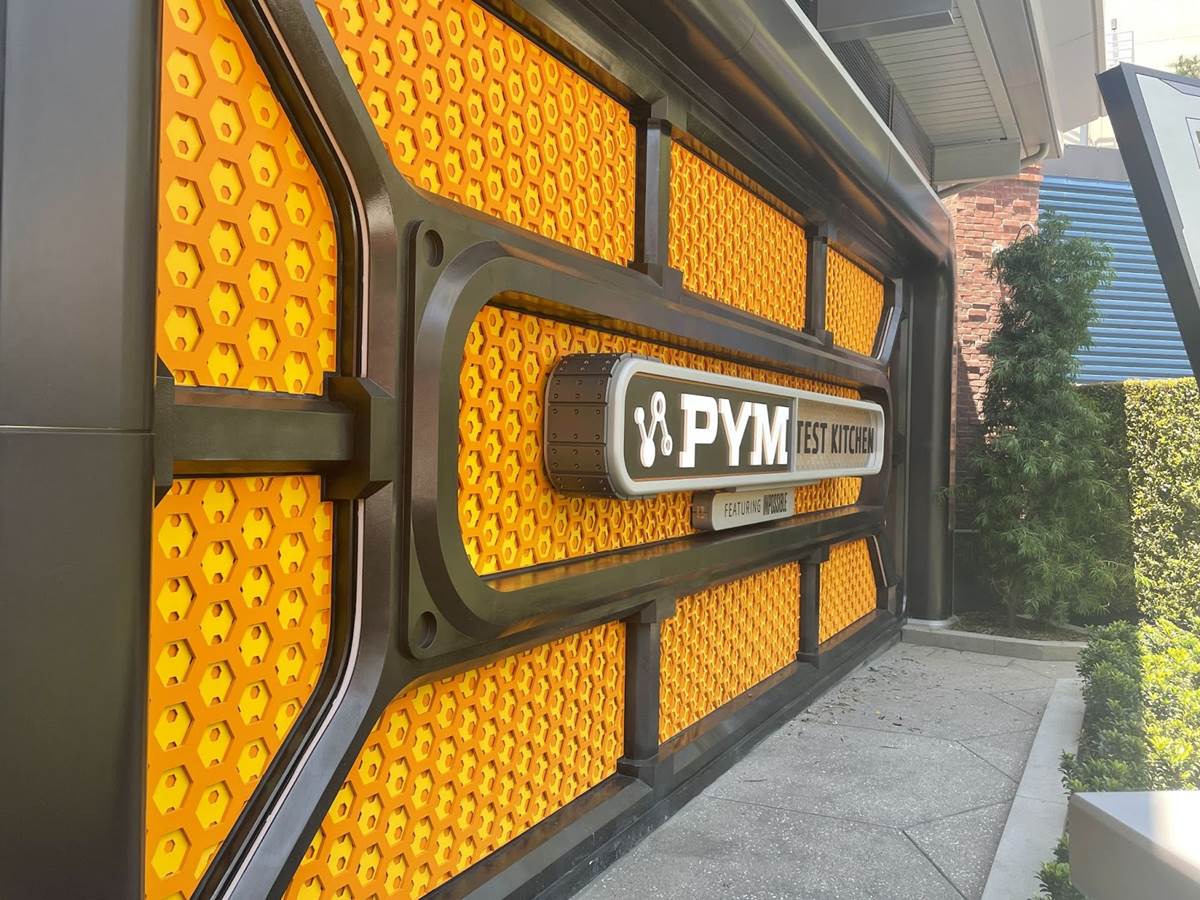 The Campus is also home to the Ancient Sanctum, where guests may encounter Doctor Strange, who enters through an interdimensional portal. This area features illusions and other elements, which show the amount of detail that can be seen through the land.

The former Stark Aeronautics building in Avengers HQ is described as the heart of Avengers Campus. Here guests may experience heroic and villainous encounters. While a Quinjet attraction was announced to be part of Avengers Campus’s second phase, Disney has no updates to share regarding the future of the land, outside of stating the land will continue to evolve. 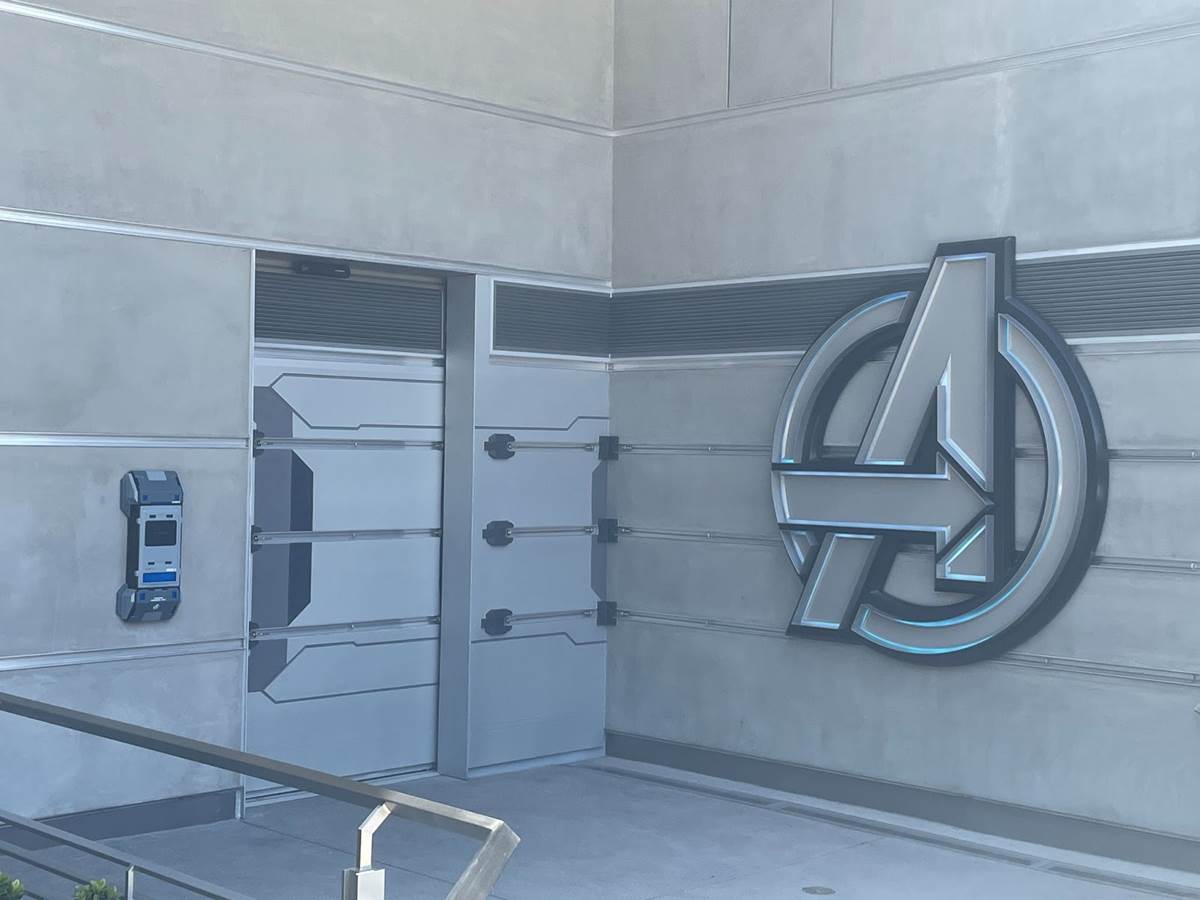 As a whole, the love the Imagineers have for Marvel storytelling is clear throughout Avengers Campus. The attention to detail, amount of Easter Eggs, and level storytelling is nothing short of impressive. While it is impossible to review a land in a pre-opening state, I can say that I can’t wait to go back and look forward to seeing how the land evolves in the years to come.