Disney Junior has partnered with Laughing Place to exclusively reveal an advance clip from the premiere of Mickey Mouse Funhouse, airing Friday, July 16th, at 7:30 pm ET. The series premiere, titled “Mickey the Brave,” introduces this brand-new series, which officially kicks off on Friday, August 20th. Meet Funny the Funhouse, who can transform into just about anything! In the premiere, Funny becomes a castle. 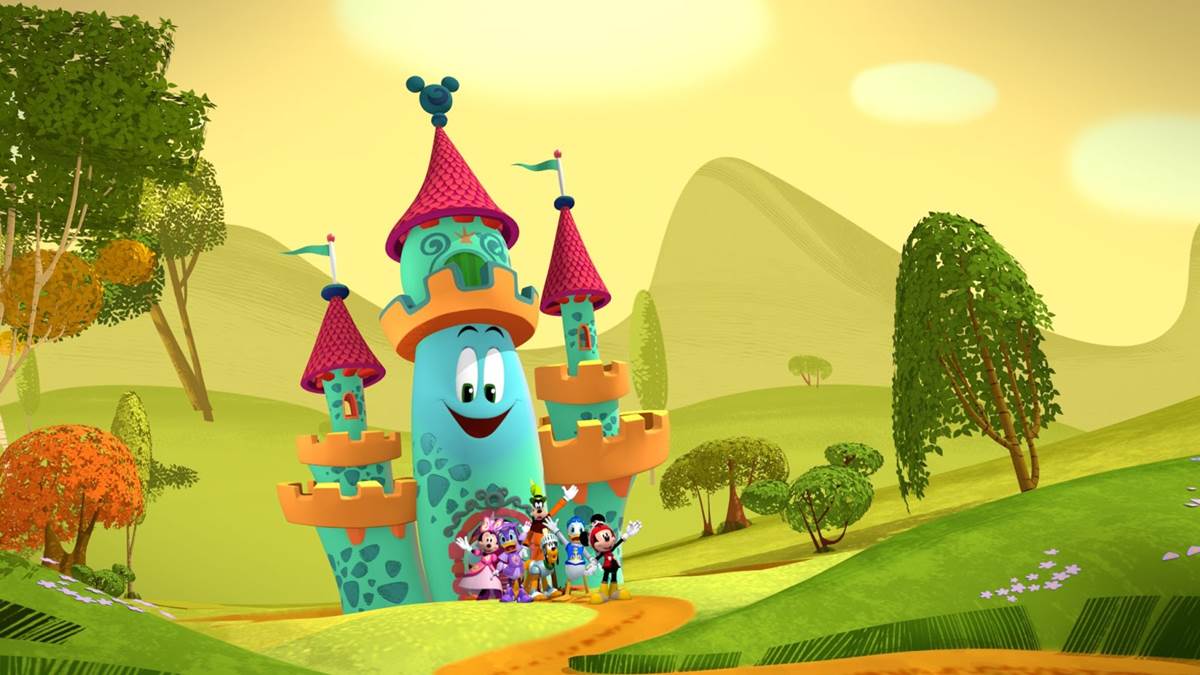 “Mickey Mouse and his pals meet new friend Funny, an enchanted talking playhouse, who leads them on adventures to anywhere their imagination can take them. Funny transports the gang to the Kingdom of Majestica, where they encounter Farfus, a dragon who’s been causing trouble in a village.”

Disney fans might notice a fun Disney Easter Egg when Funny’s castle form is revealed, which pays homage to the castle intro that plays before Disney movies. Funny also equips Mickey and his pals with attire that matches their destination. They’ve all chosen some form of a medieval look, except for Daisy Duck, who is dressed as a cross between a knight and a robot. And if Funny’s voice sounds familiar, Harvey Guillén speaks for the magical funhouse, best known for his role as Guillermo in the FX comedy series What We Do in the Shadows.