ESPN has announced a partnership with Peyton and Eli Manning headlining Monday Night Football for three seasons on ESPN2 in a deal with Omaha Productions. 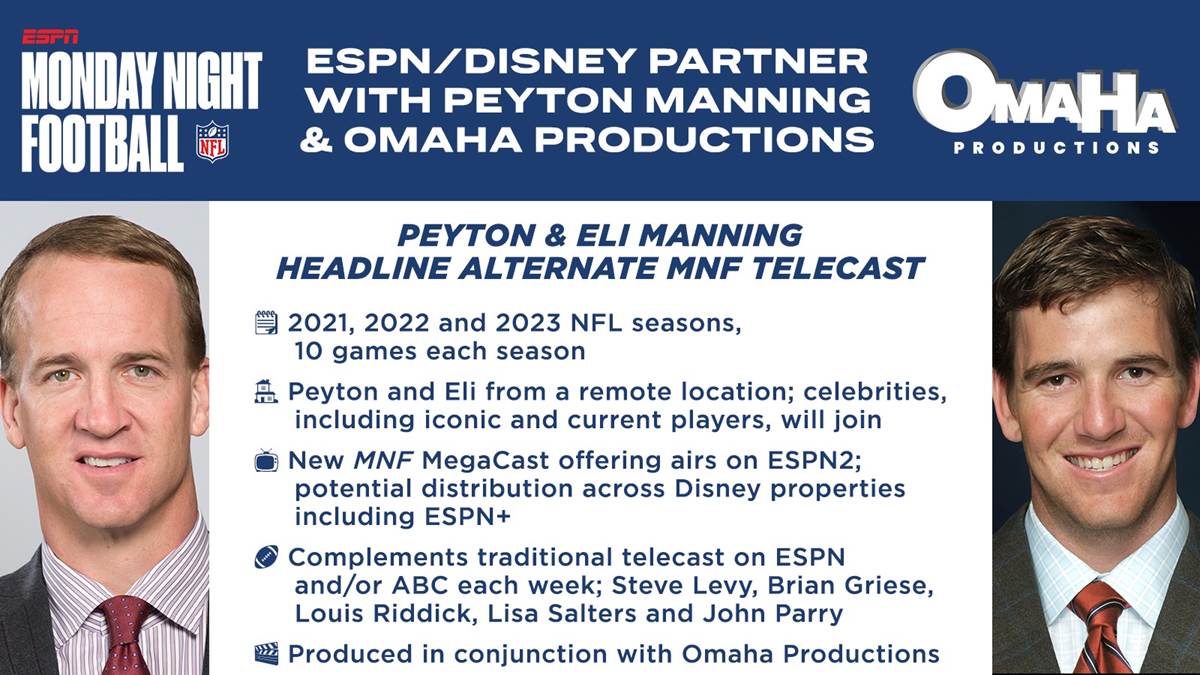