In anticipation of EA SPORTS’ Madden NFL 22, ESPN is bringing back Madden Ratings Week starting on Monday July 26th. The coverage will include a preview day special followed by daily appearances on First Take, SportsCenter, and NFL Live. 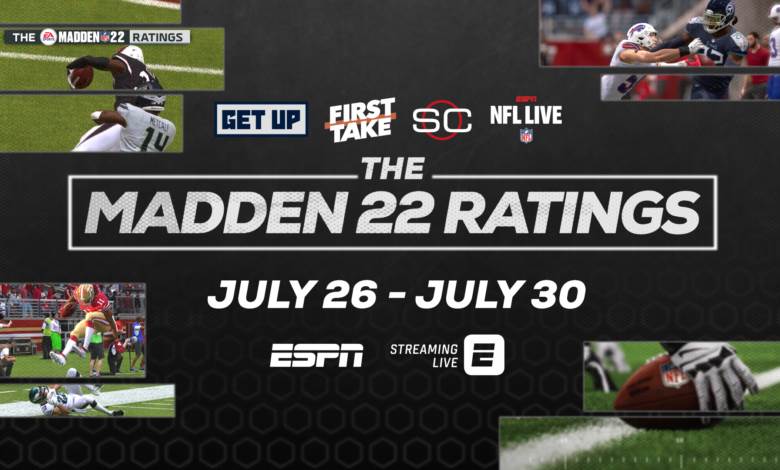