After last night’s world premiere, those who were able to see the movie took to social media to share their first thoughts on the latest addition to the Marvel Cinematic Universe, Shang-Chi and the Legend of the Ten Rings. 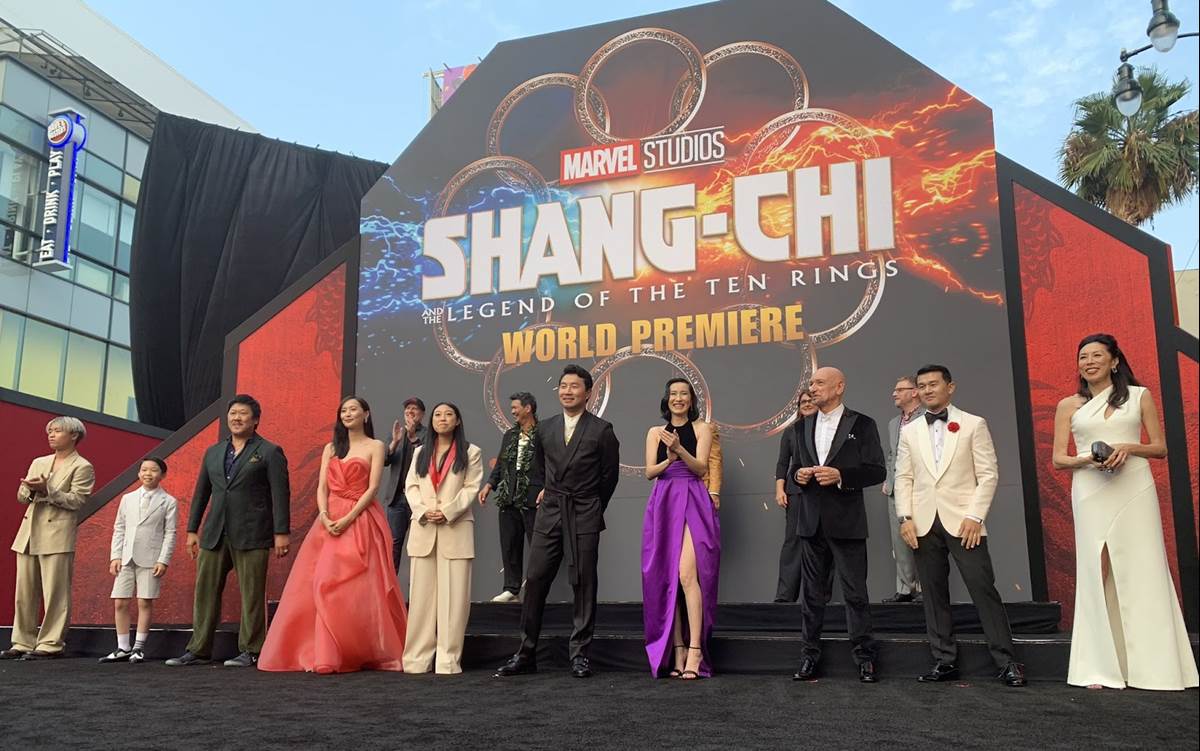 With the world premiere of Shang-Chi and the Legend of the Ten Rings taking place last night, those lucky enough to check it out have given their thoughts on social media about the movie. You can check out highlights from the event below, followed by some reactions.

#ShangChi is an absolute triumph, unexpectedly spiritual and emotionally complex, with some of the very best action in the MCU. @SimuLiu is your new favorite Avenger and the movie’s myriad influences (everything from Jackie Chan to Hayao Miyazaki) pay off big time). Astounding.? pic.twitter.com/72Yubnb4KV

#ShangChi is awesome. This movie hits all that Marvel does well (pacing, humor, character) and adds action like we’ve never seen from the MCU before! ????

Lots of people are about to have a new favorite Marvel hero.

Here are some positive thoughts brought by Drew Taylor and Brandon Davis, with Brandon saying it was darker than he expected.

#shangchi is like no Marvel movie you’ve seen. Love that it opens the door to a new world that I can’t wait to see more of. @SimuLiu literally kicks so much ass and he is perfectly cast. Got to see it in @imax tonight and this is how you want to see it. Looked and sounded perfect pic.twitter.com/43SaSxfx3m

Shang-Chi And The Legend Of The Ten Rings is PHENOMENAL. Get hyped. Even fight scene/action sequence is better than the last. @SimuLiu fully embraces the marvel superhero role. Amazing imagery. Killer soundtrack. You’ll want to see this on the big screen. #shangchi

Wendy Lee Szany and Steven Weintraub are also very positive, tempting people to go see this on the big screen.

Shang-Chi and the Legend of the Ten Rings earns the title of the best superhero film of 2021 so far. The action scenes are simply spectacular, especially the train & skyscraper scene. Best martial arts I’ve seen in a long time. Simu Liu & Awkwafina are terrific. #ShangChi pic.twitter.com/M0EEMJqKu3

Scott Menzel gives praise to both Simu Liu and Awkwafina for their performances.

About Shang-Chi and the Legend of the Ten Rings:

Marvel Studios’ Shang-Chi and the Legend of the Ten Rings comes to theaters on September 3, 2021.