ABC News Presents 9/11 Twenty Years Later: America Remembers with a week of coverage consisting of three primetime specials, a five-part docuseries, live coverage of the 20th anniversary of 9/11, and a dedicated full 24 hours to 9/11 programming on ABC News Live. 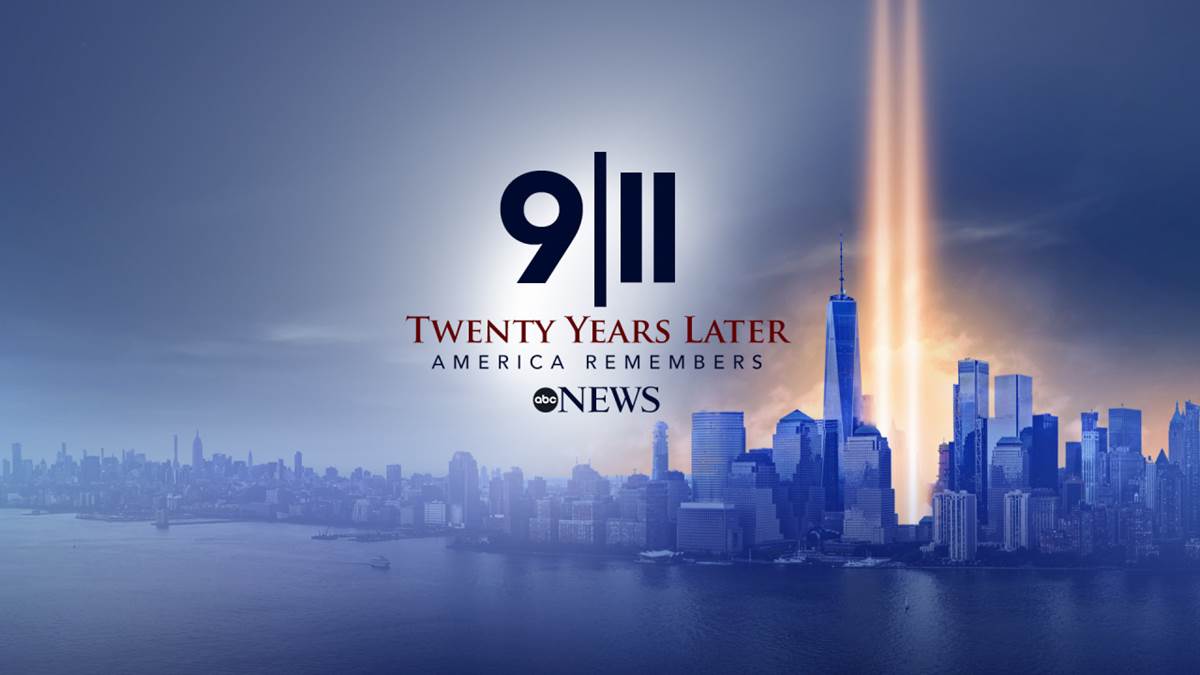