Comic Review – Marvel’s “Ka-Zar: Lord of the Savage Land #1” is a Slow Start to What Could Be an Interesting Story

With such a wide variety of characters to choose from, Marvel readers are bound to have different levels of connection with some of them. Some are relatable, like Peter Parker, Tony Stark or Carol Danvers. Others are the rulers of a forgotten part of the world crawling with dinosaurs.

“Ka-Zar: Lord of the Savage Land #1” kicks off a new series focused on a recently revived character. The ruler of the Savage Land is back in this new issue and readers are thrown right into the middle of a family affair. But of course, there is also something more lying beneath the surface. 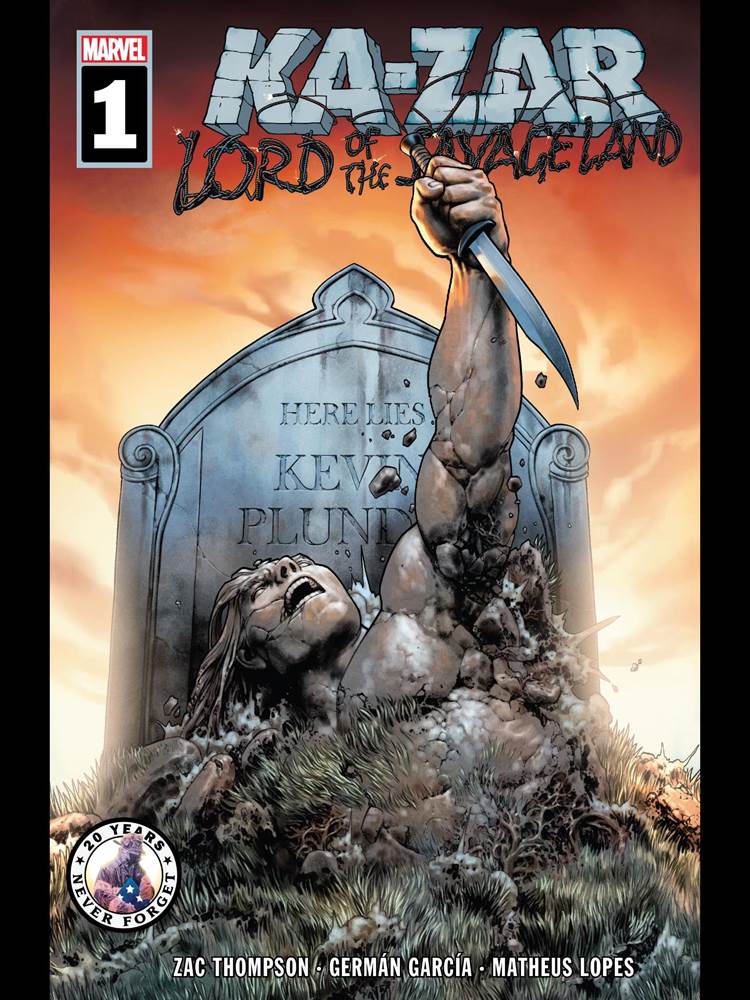 During the events of last year’s crossover series, “Empyre,” Ka-Zar was killed in the attacks by the Cotati. Of course, comic characters are never gone for too long, but what is coming back from the dead really like? What kind of effects does it have on the mind?

Ka-Zar is dealing with all of that right now as he has returned to his colorful, dinosaur-inhabited home. Hearing every sound and feeling every being in such a chaotic land can’t be easy, but the Lord of the Savage Land has no other choice. This is what his life has to be now.

On top of that, he has to deal with a teenaged son who is starting to rebel against his royal family. With the world around them being so dangerous, Ka-Zar doesn’t want his son branching out so early. Especially with a potential new threat lurking in the shadows. 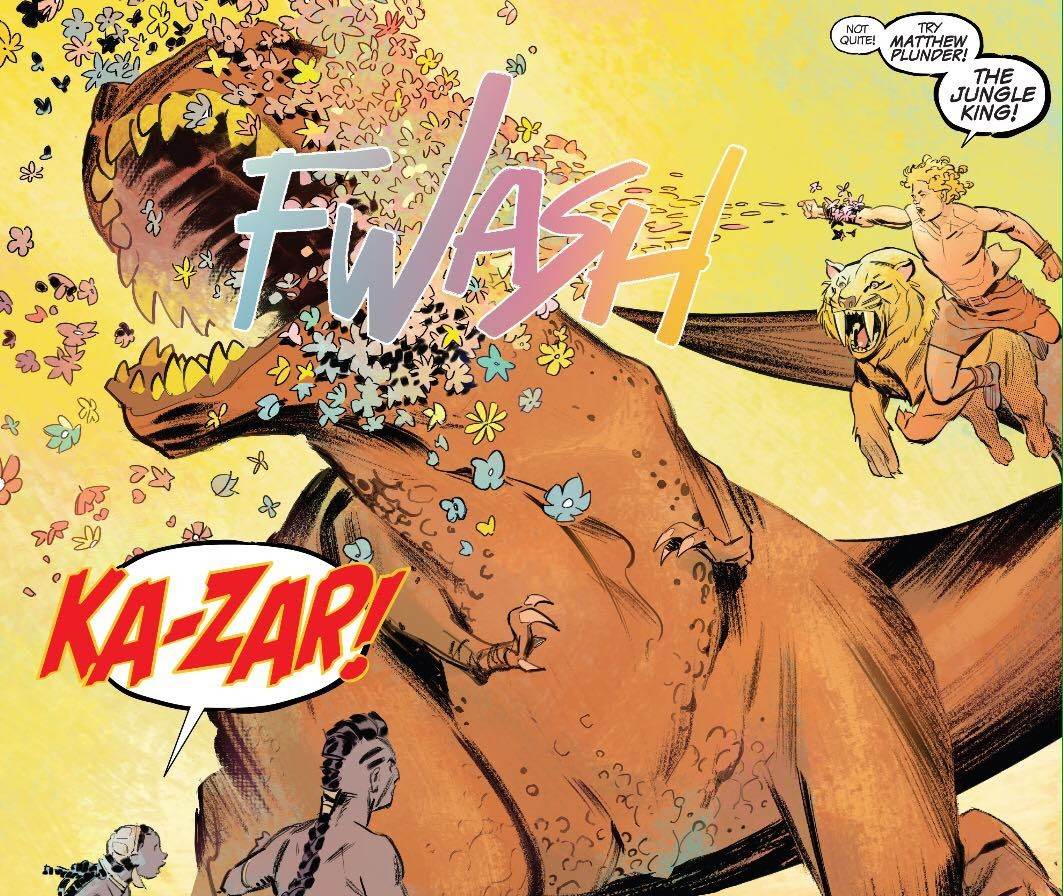 This first issue is a slow start to what can eventually become an interesting new story. A fair amount of time is spent just watching Ka-Zar wake up in the morning and getting a look at what his new life is like. It’s understandable, introducing the audience to this new world, but it doesn’t necessarily make for an exciting comic.

It doesn’t help that these ware difficult characters with which to connect. While the family issues are relatable, they don’t make for enough of a story on their own, and the individual characters, with their bizarre abilities and lifestyles, are not very familiar. The one aspect in which this issue does excel is the art. Artist German Garcia creates some stunning visuals throughout this issue, with the Savage Land backdrop being a perfect setting to support that. The action plays out beautifully and even the more tame panels are impressive.

There is also a story starting to form here. A mysterious creature attacks the family and carries a mysterious word with it. There is some kind of threat lurking in the shadows of the Savage Land. Something unlike anything Ka-Zar and his family have ever delt with before.

You can check out “Ka-zar: Lord of the Savage Land #1” now. For more on this week’s comics, check out today’s episode of Marvel Time: