The turrets surrounding the Cinderella Castle Forecourt have been adorned with new tapestries, not of nations, but of imagery and art, most from an iconic artist, used for the development of Cinderella from the 1940s. 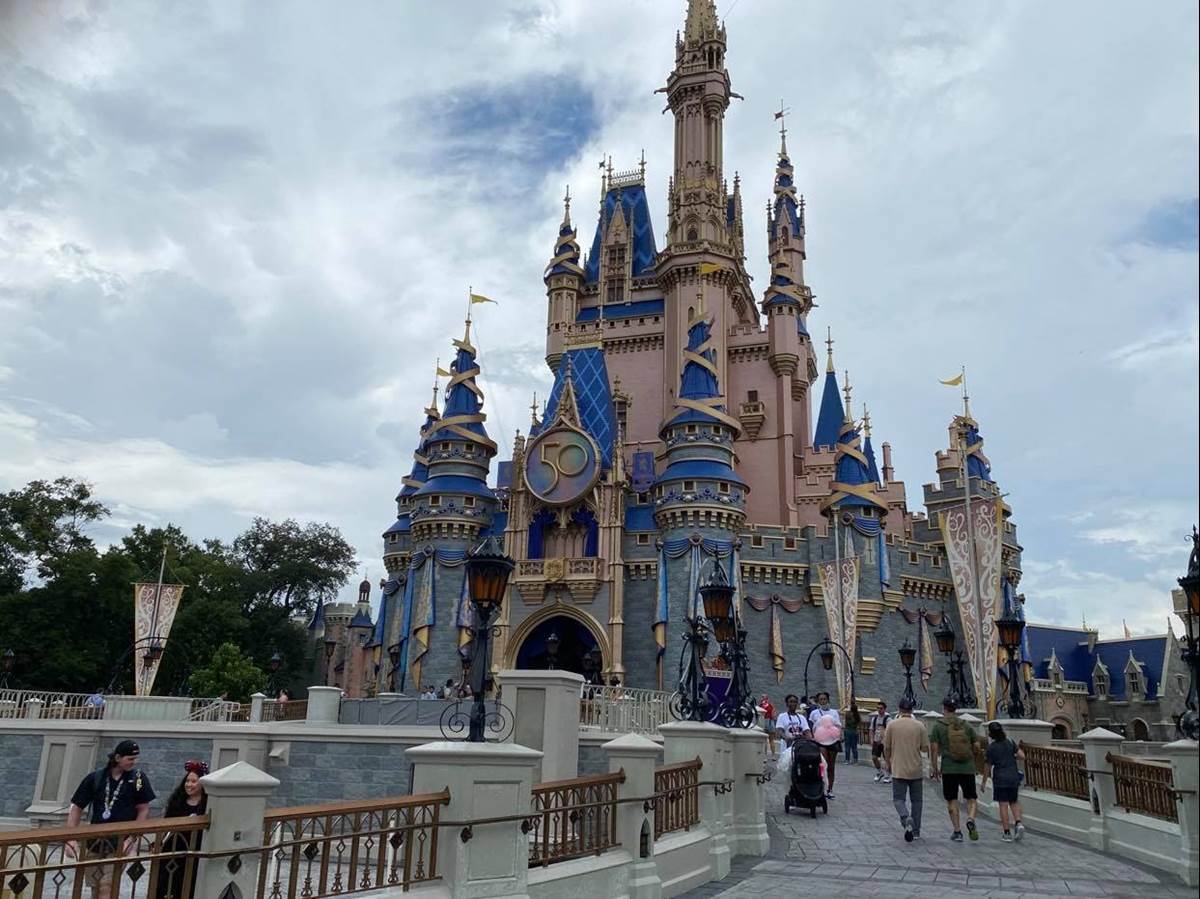 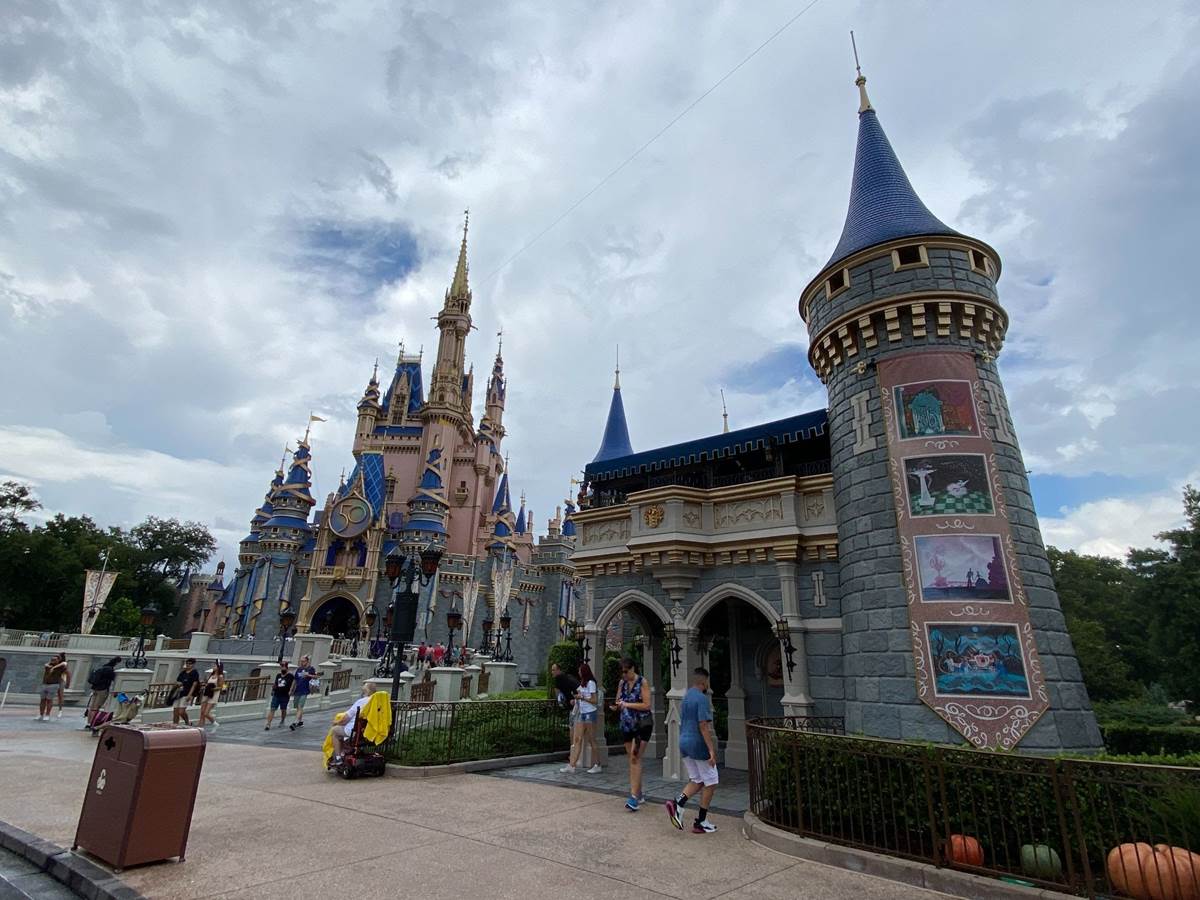 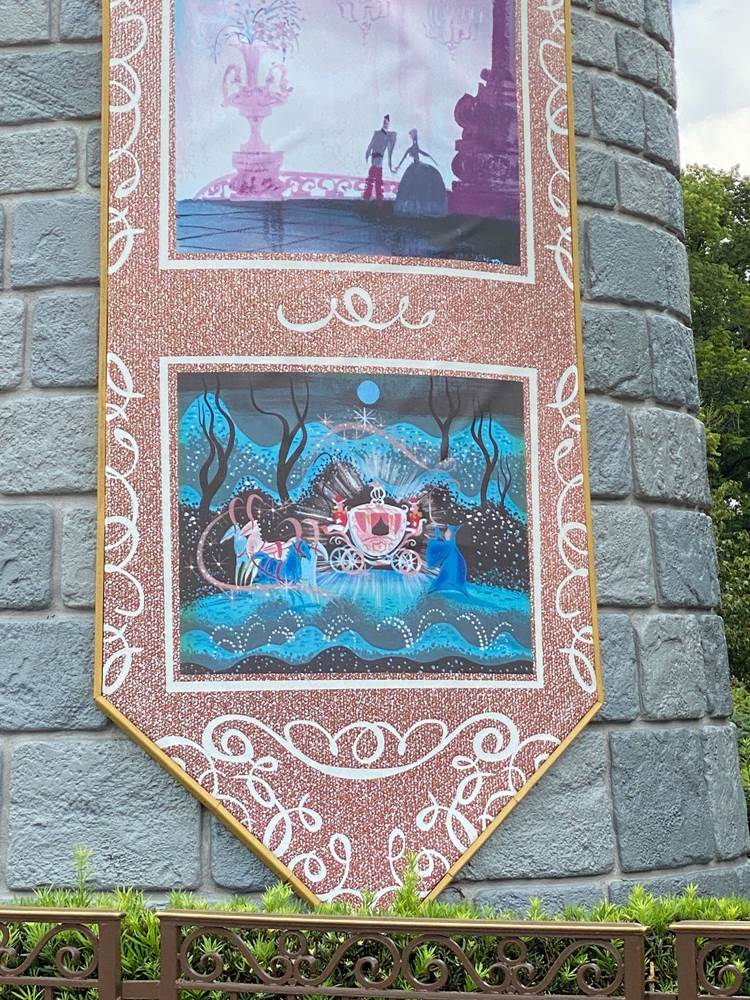