Jeremiah was curious, along with many other people, how Star Wars: Rise of the Resistance would look with the virtual queue paused in favor of a normal standby line, which began testing today, September 23. 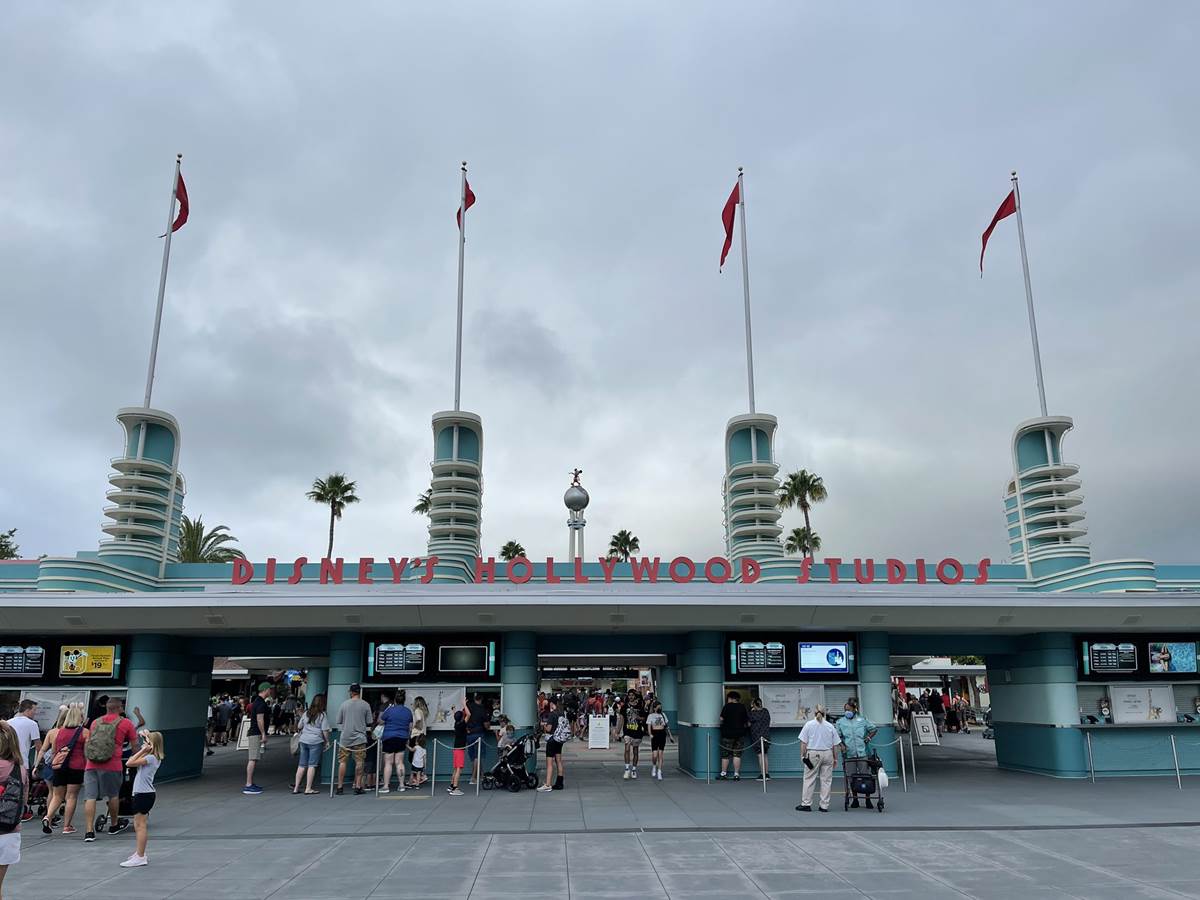 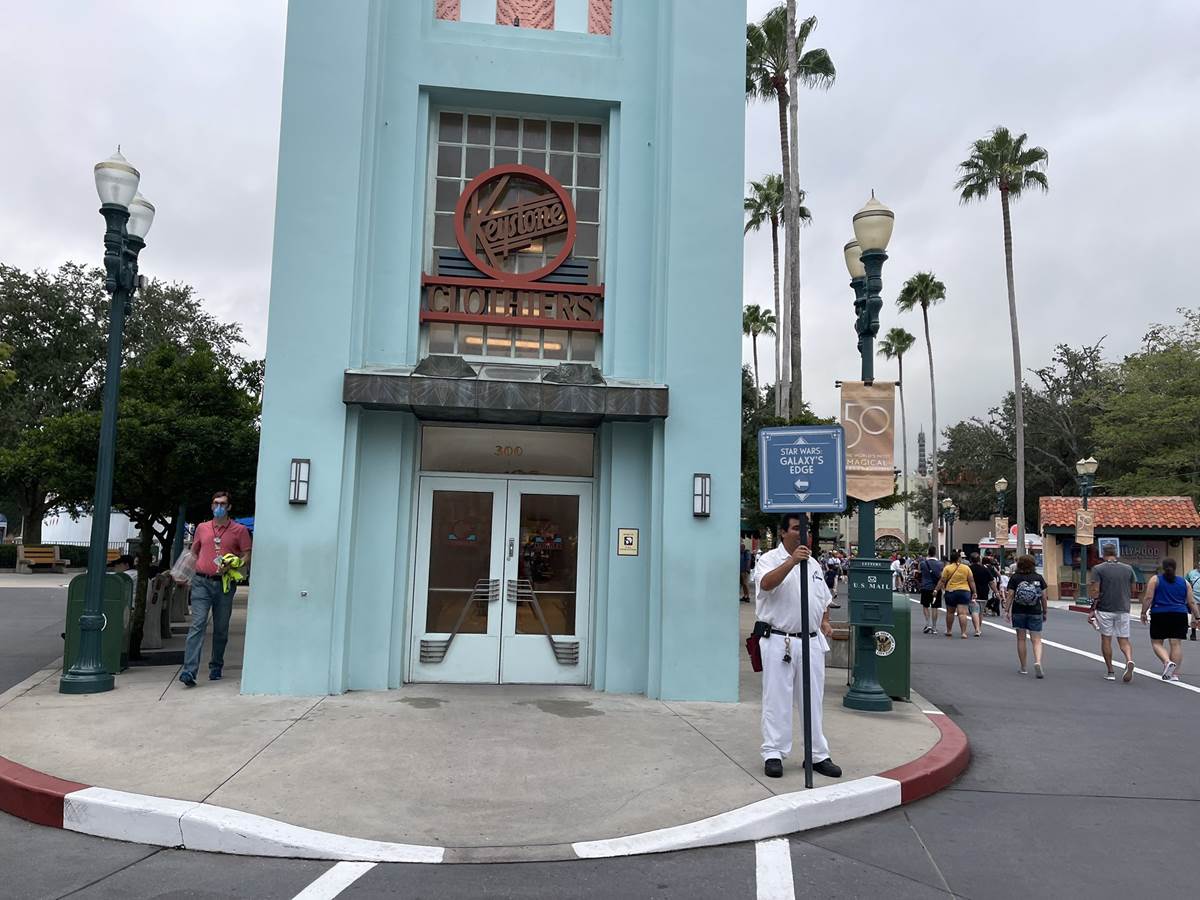 Getting through the main entrance was fine, with a Cast Member holding a sign directing Guests to Galaxy’s Edge. 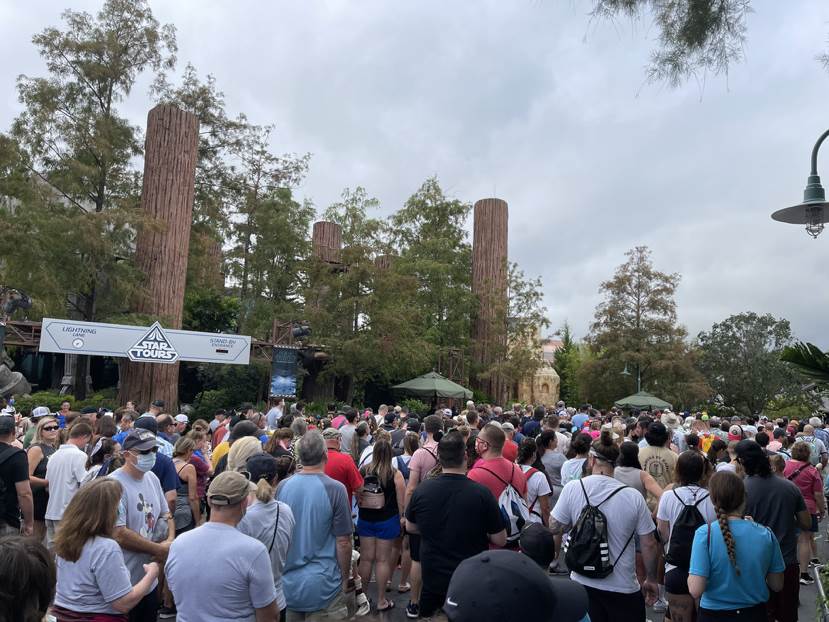 You could see where the majority of Guests were at in the park, with the line to enter Galaxy’s Edge starting by Star Tours. 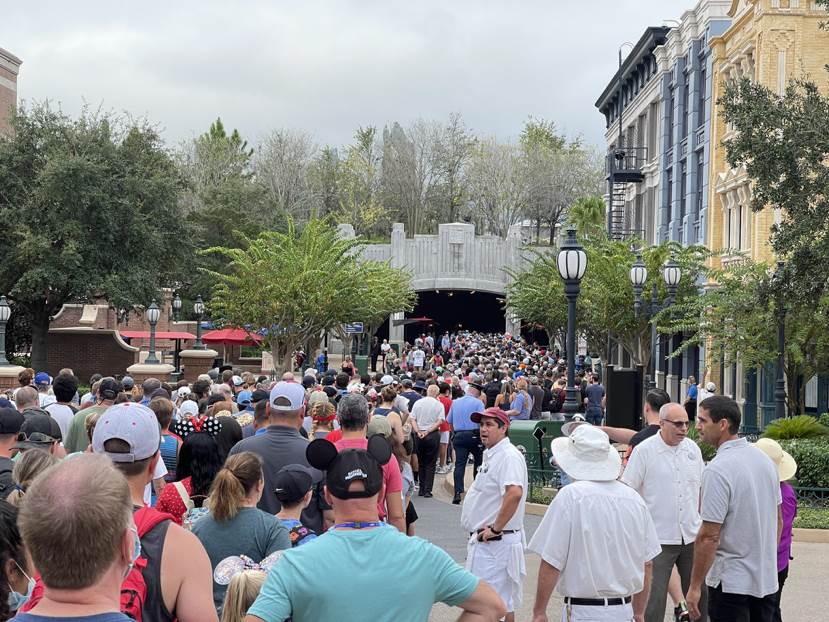 Guests continued to flow through as they made their way into Galaxy’s Edge. Guests who have reservations for Savi’s are set up in a separate line located to the side. 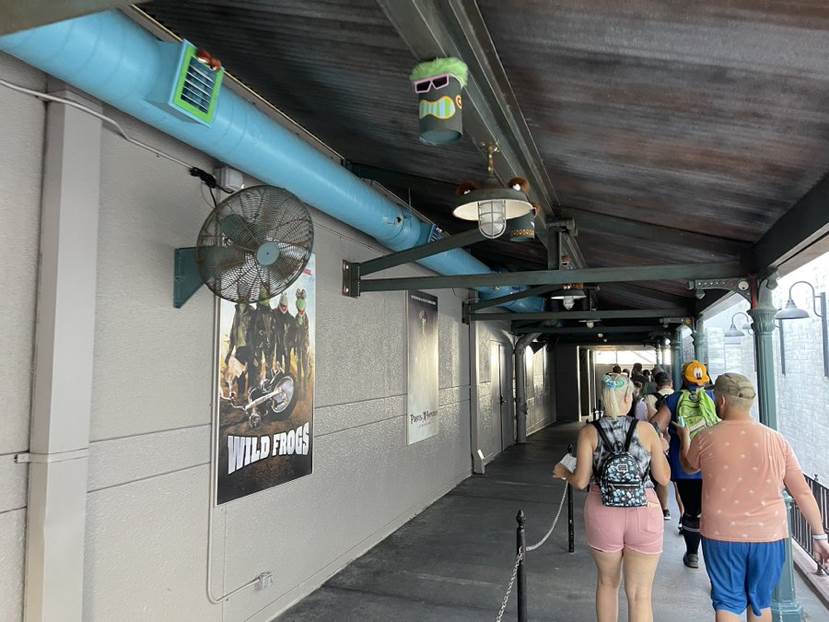 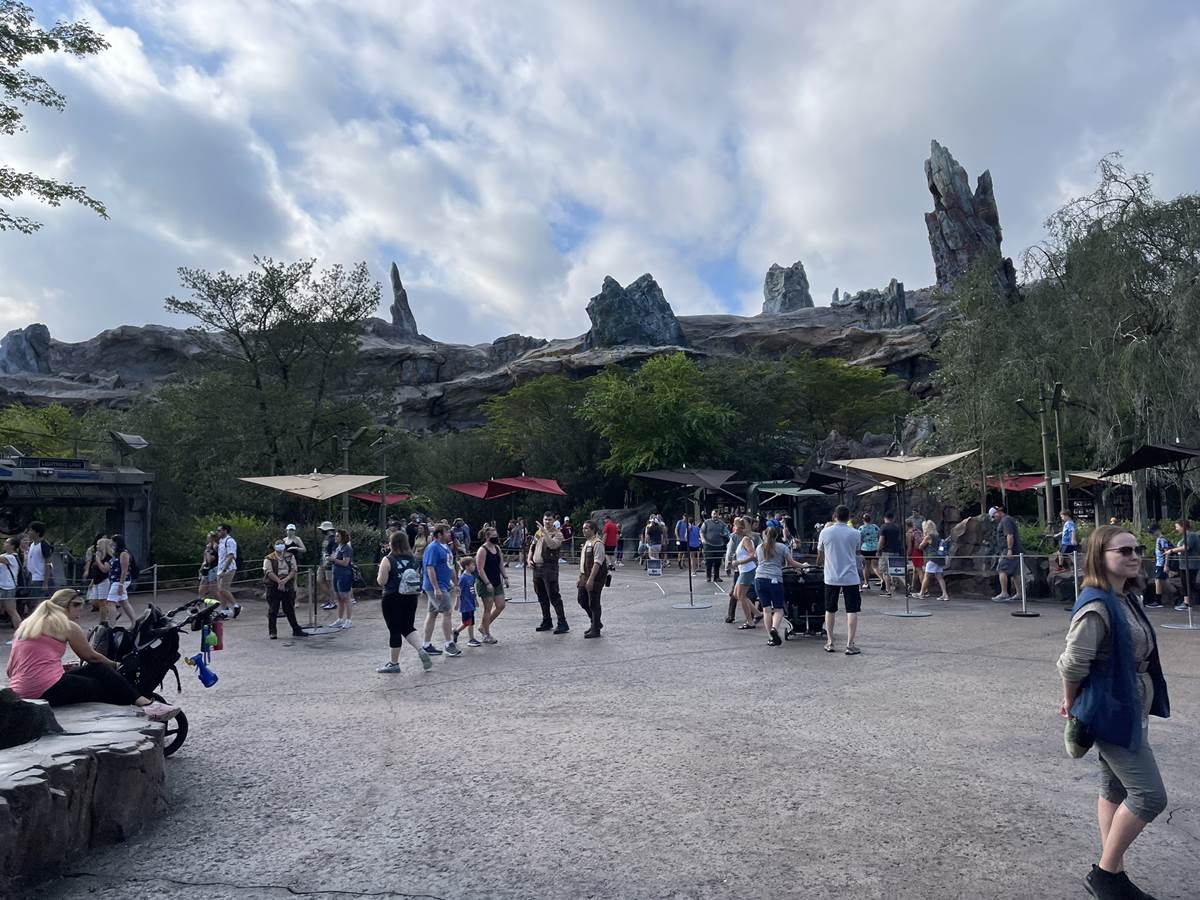 At 9:00 am ET Star Wars: Rise of the Resistance was showing a 120 minute posted wait, which then went up to 180 minute wait at 9:50. The line is using the Muppet overflow and backstage areas. 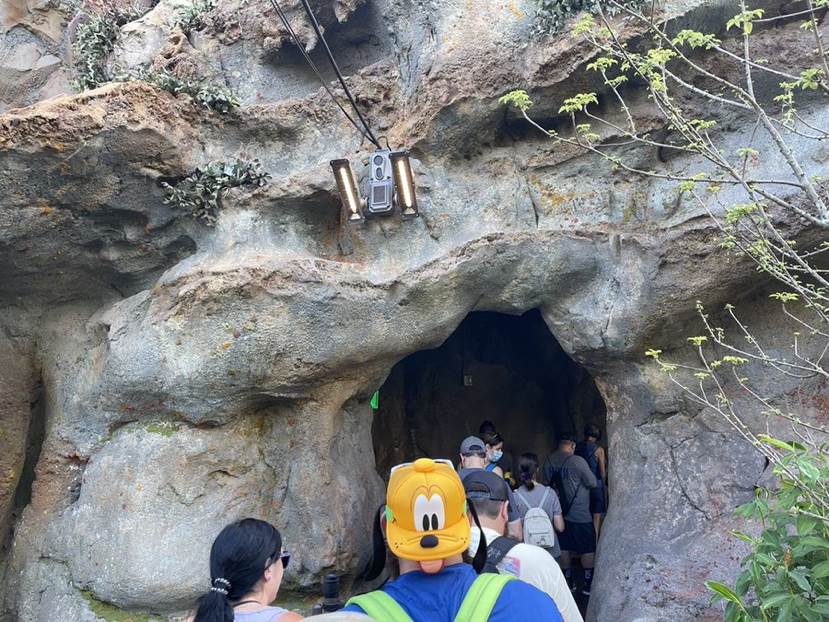 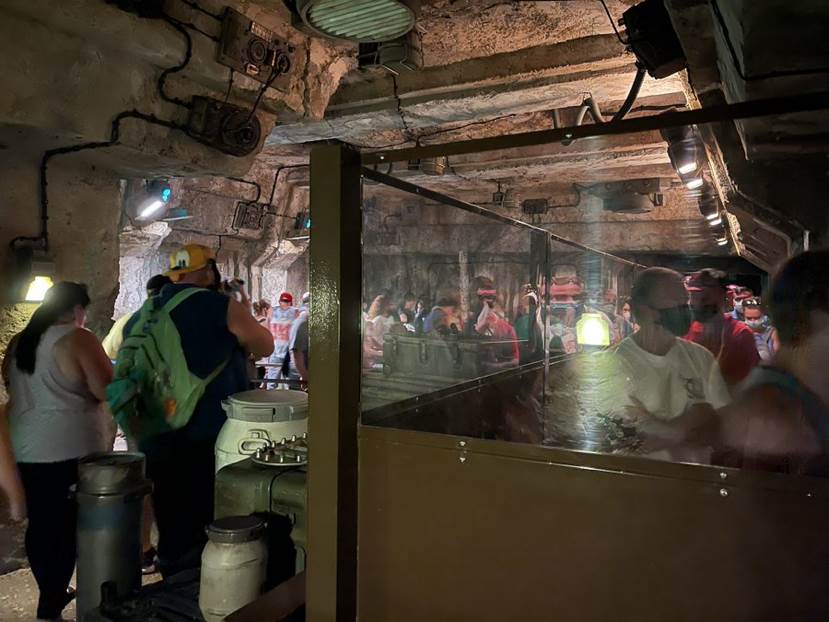 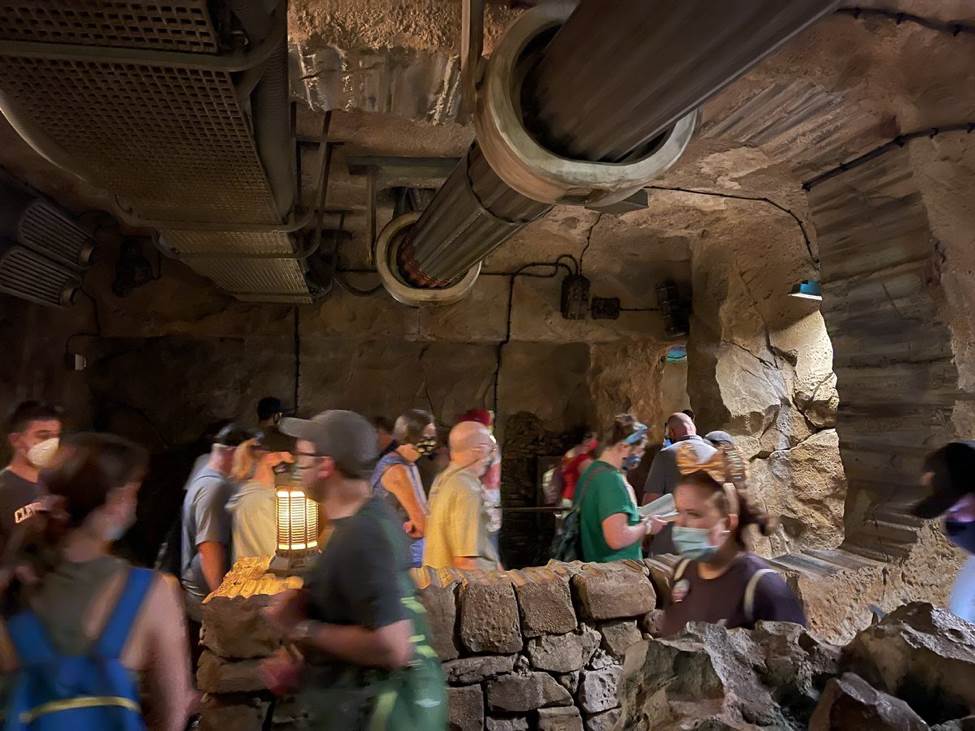 Since the line is only standby however, it did move fairly quickly. Once inside, there are sections that still have plexiglass, with others that have had the plexiglass removed. From being there at opening, it took around 30 minutes to get to the briefing room, but it will obviously be different depending on your arrival time and how the attraction is that day. It’ll start moving a bit slower for Guests arriving after park opening, but the line is continuing to move.