George Lucas is coming to Star Wars: The Black Series…as a stormtrooper. The creator of Star Wars is being honored with a special 6-inch figure as part of Hasbro’s line up of 50th Anniversary Lucasfilm collectibles. UPDATE (9/29/2021): In addition to being available on Amazon, the George Lucas in Stormtrooper Disguise can also be pre-ordered on Entertainment Earth. 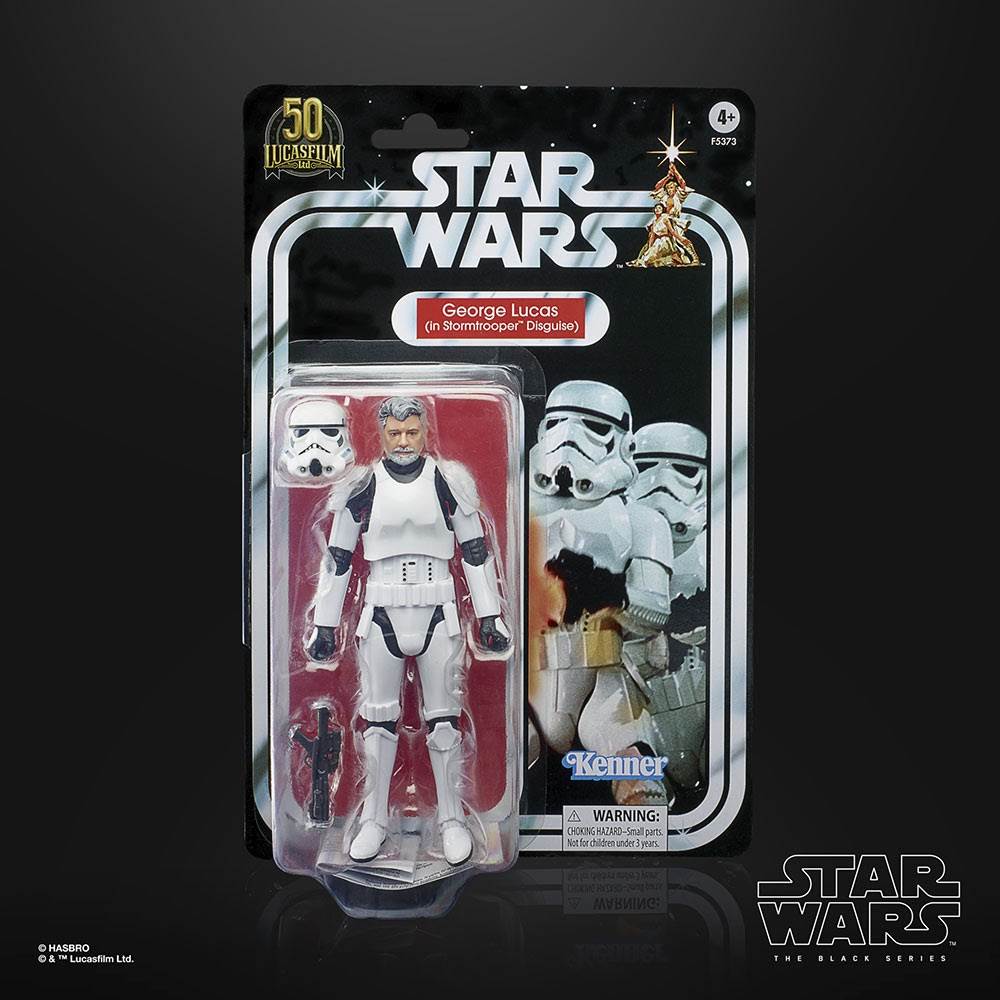 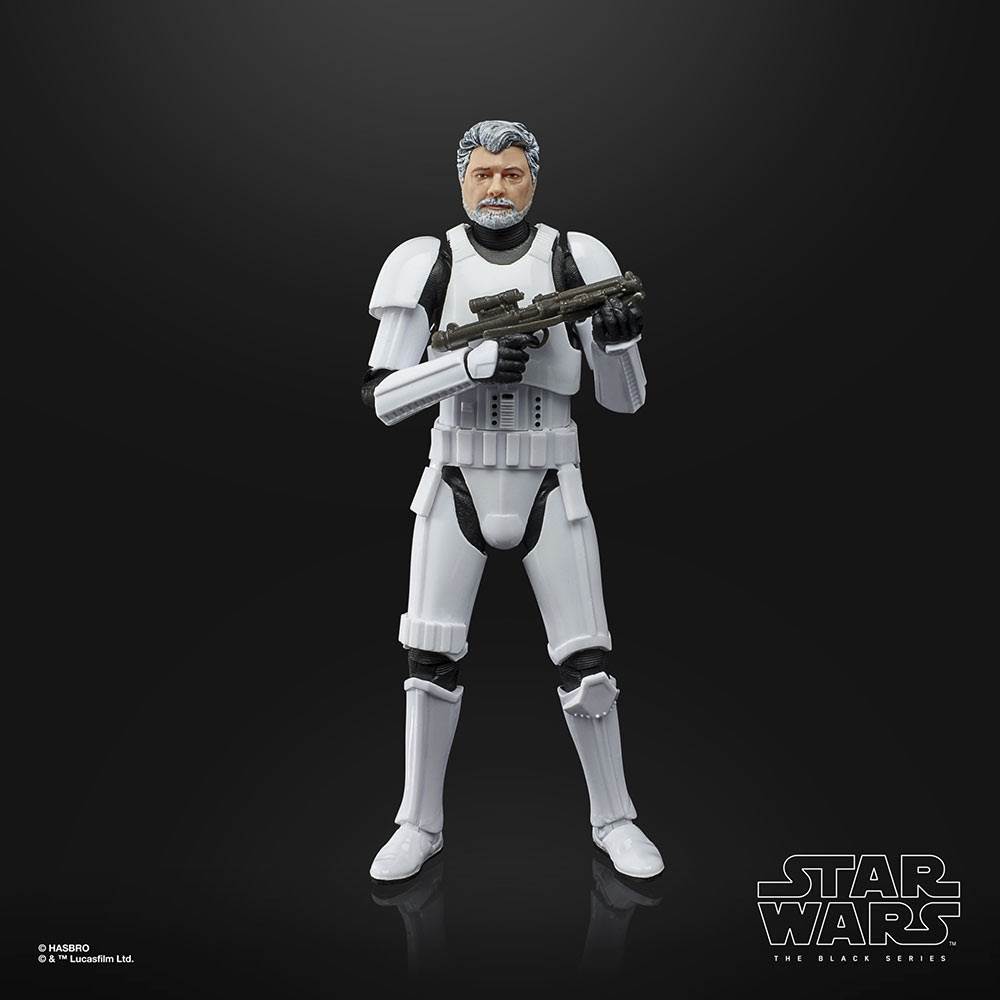