Detective Jessica Rabbit is on the case at Roger Rabbit’s Car Toon Spin in Toontown. The Disneyland Resort announced in September that the attraction would undergo a story change and Roger Rabbit’s main squeeze has been missing from the experience for several months. Jessica Rabbit made her triumphant return to the attraction today and now appears in two show scenes. 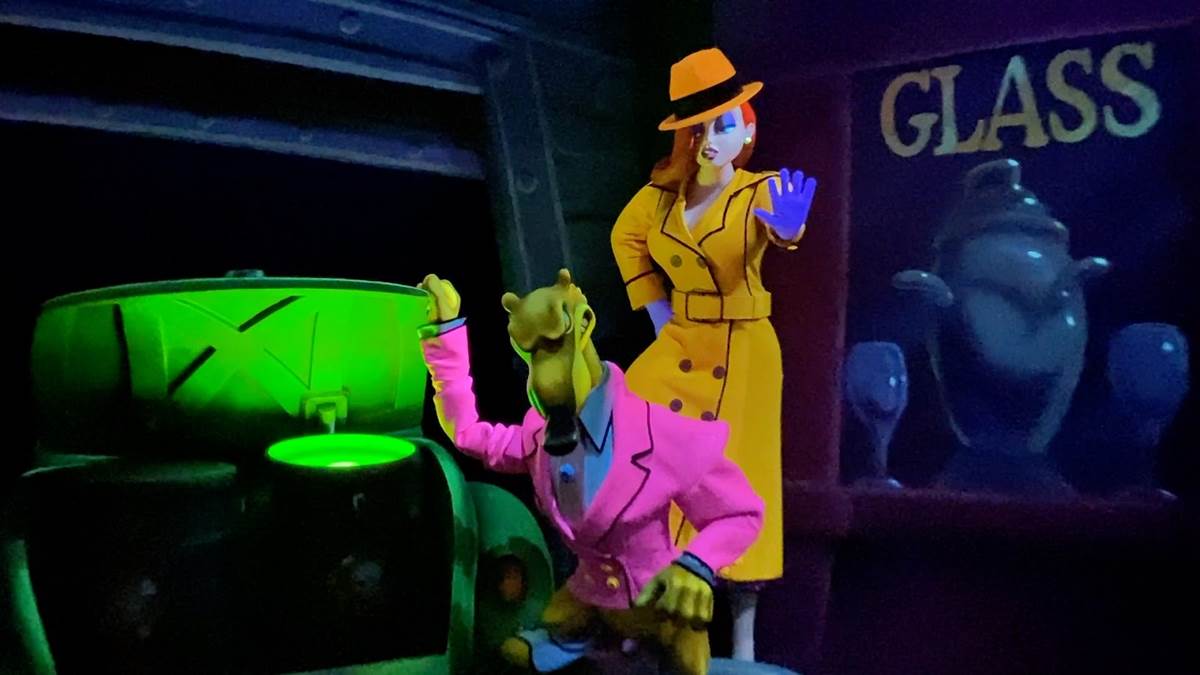 Detective Jessica Rabbit can first be seen just outside the Bullina China Shoppe where she is stopping one of the weasels from dumping a vat of green glowing dip onto the Toontown streets. 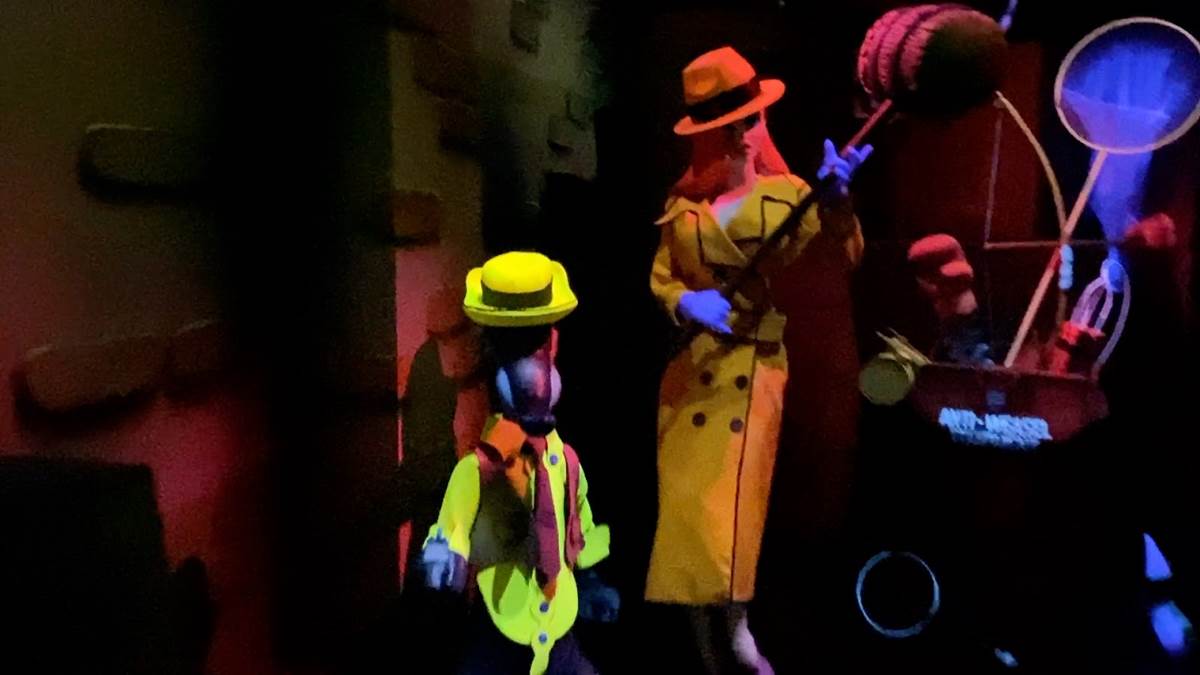 Her second appearance is the same as it was original, with the exception of her change of attire. Replacing her signature red sparkly dress is the same detective trenchcoat and hat, both in a yellow color reminiscent of Dick Tracy. You can see both scenes in action in our full ride-thru below.