Disney has released some new promo images showcasing many of the performances for their annual Disney Parks Magical Christmas Day Parade on ABC. 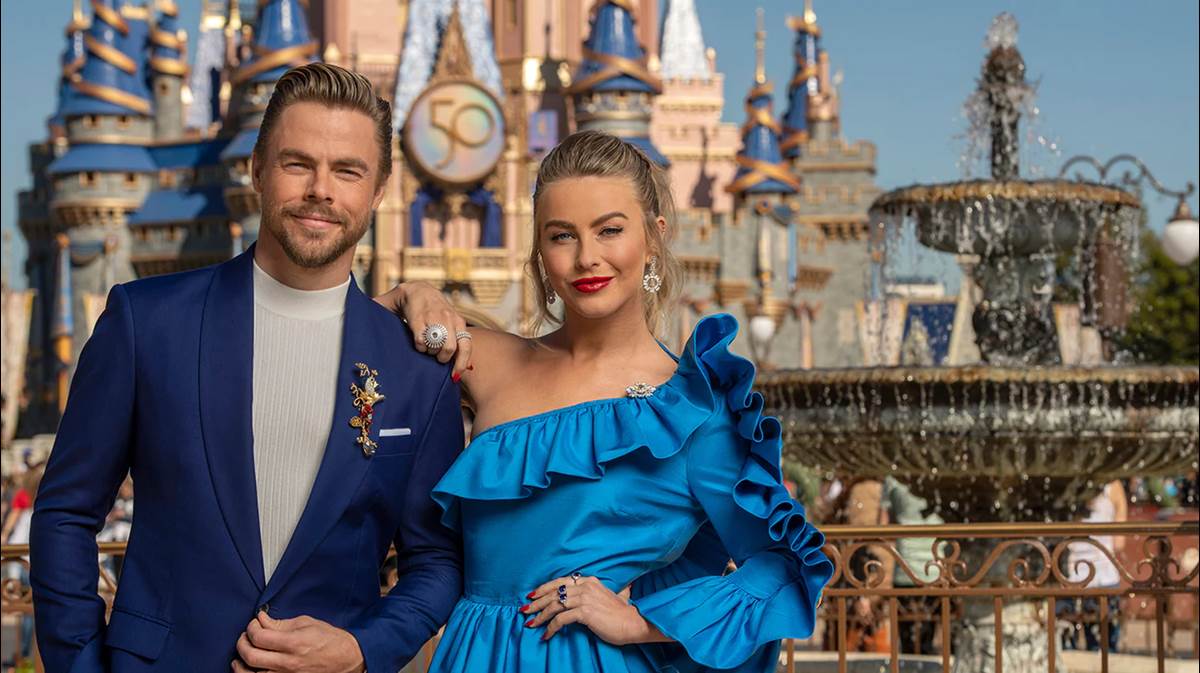 The special is hosted as in years past by Derek and Julianne Hough. 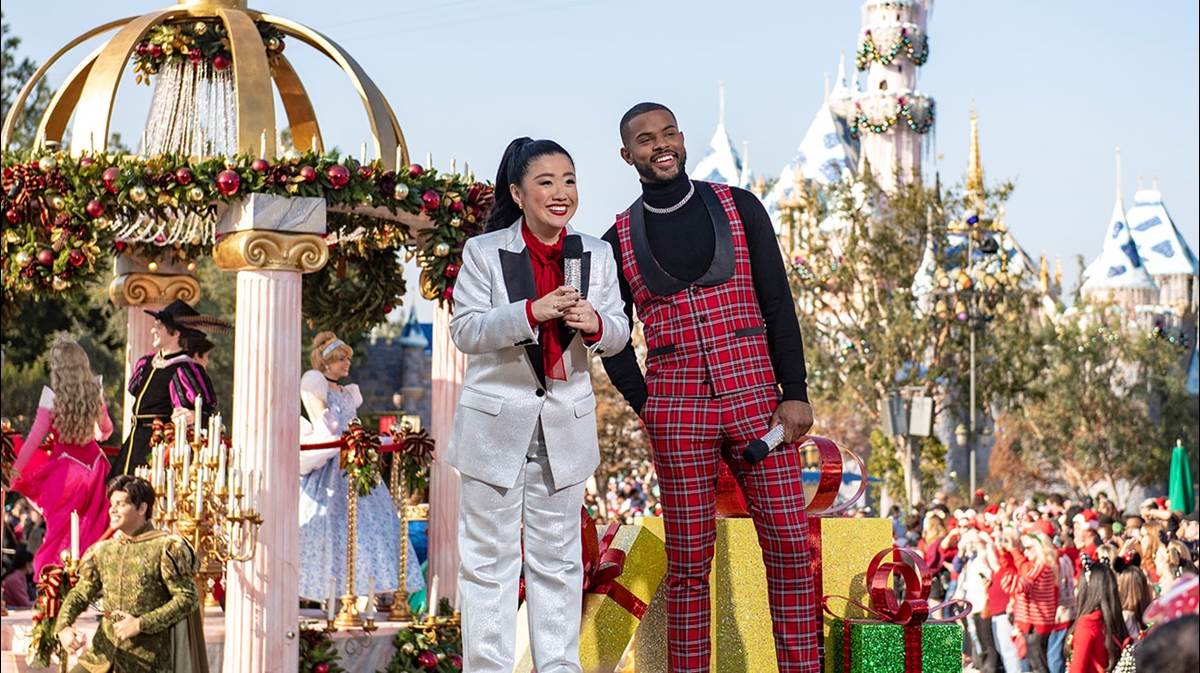 The Hough’s are joined by Sherry Cola and Trevor Jackson hosting at Disneyland. Gwen Stefani performs “Cheer for the Elves” in front of “it’s a small world” Holiday. 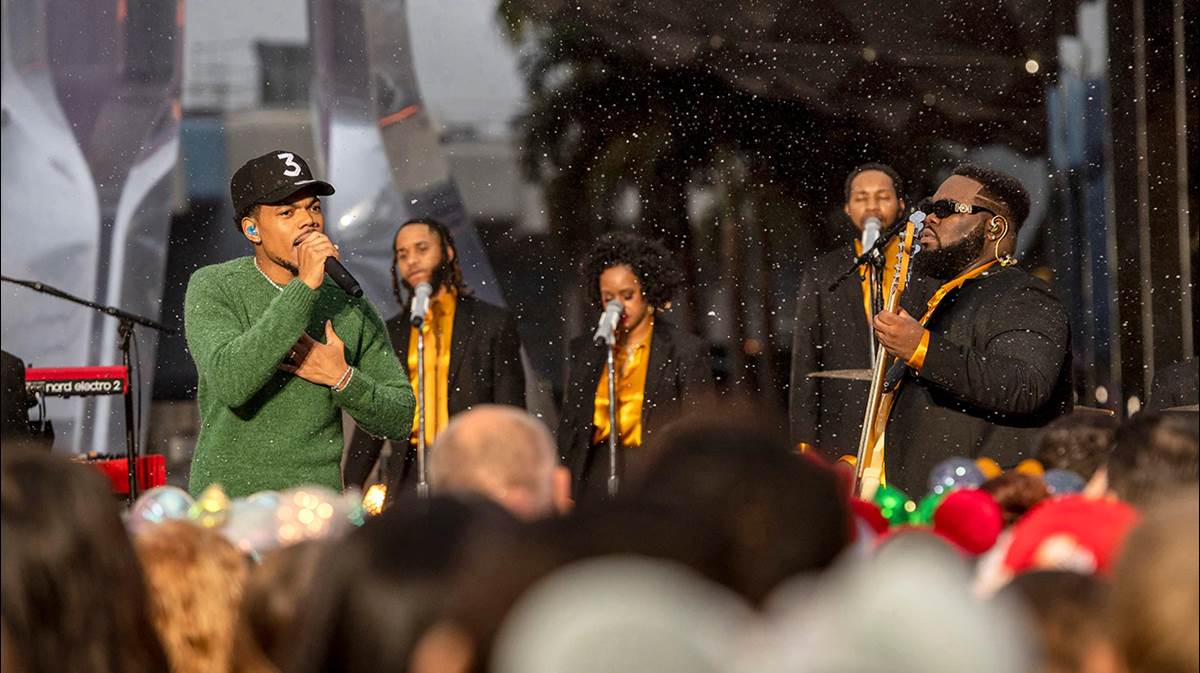 Chance the Rapper performs “Who’s To Say” at EPCOT. Jimmie Allen will perform his rendition of “White Christmas” at the Magic Kingdom. 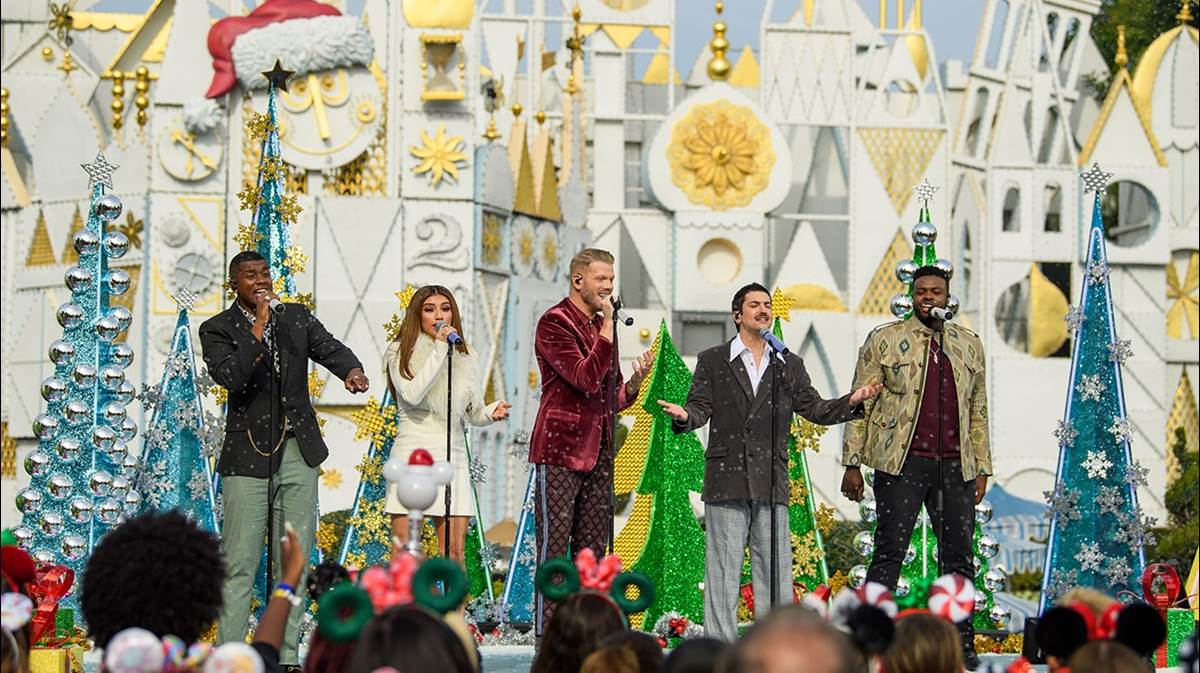 It’s not a Christmas special without Pentatonix, who will perform “I Saw Three Ships.” 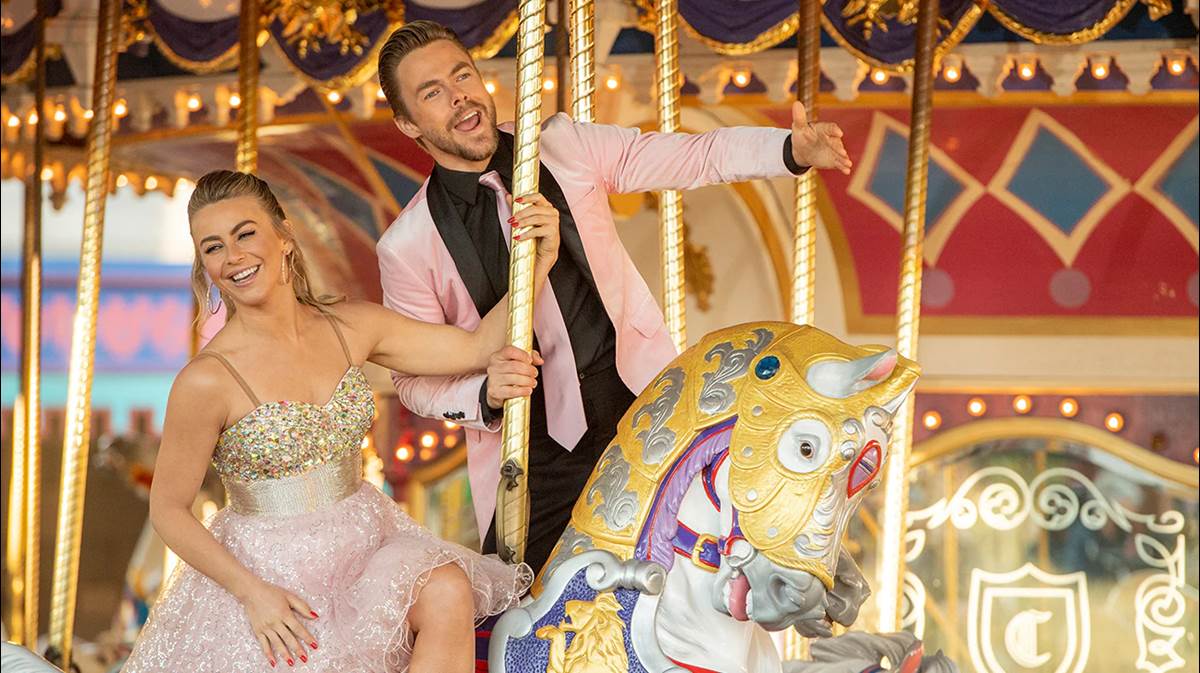 As professional dancers, the hosts usually have a big musical number, and it looks like this year it will be “Santa Claus is Comin’ to Town.” 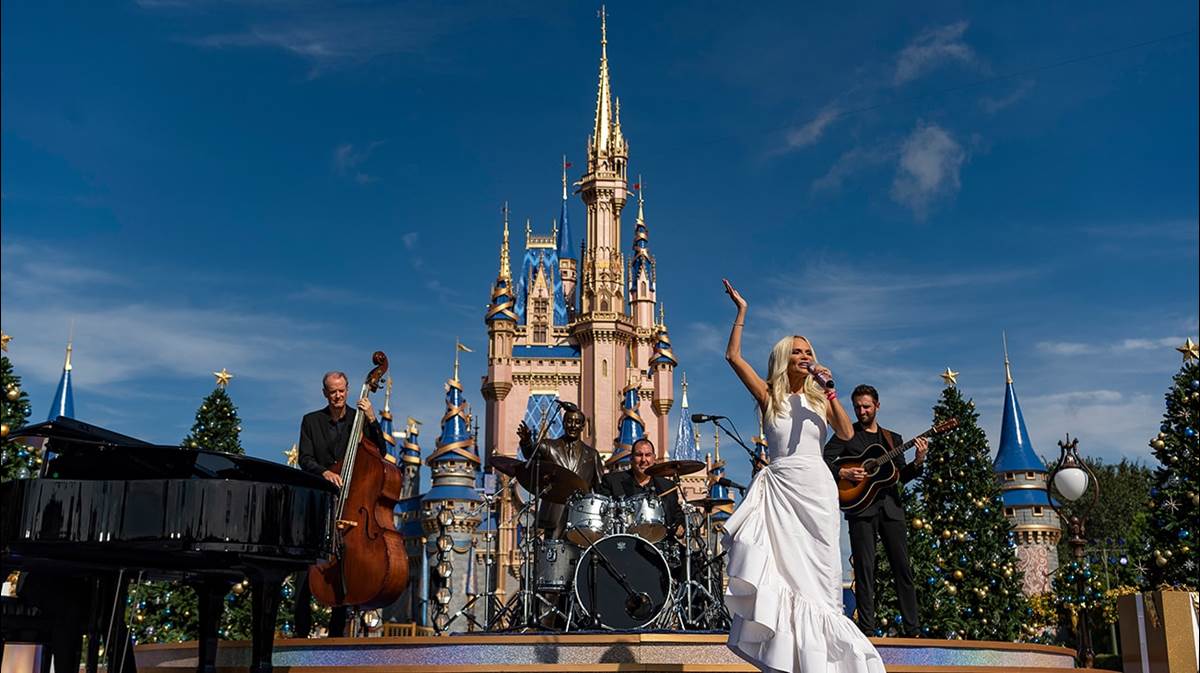 Kristin Chenoweth performs her rendition of “Have Yourself a Merry Little Christmas” in front of Cinderella Castle. 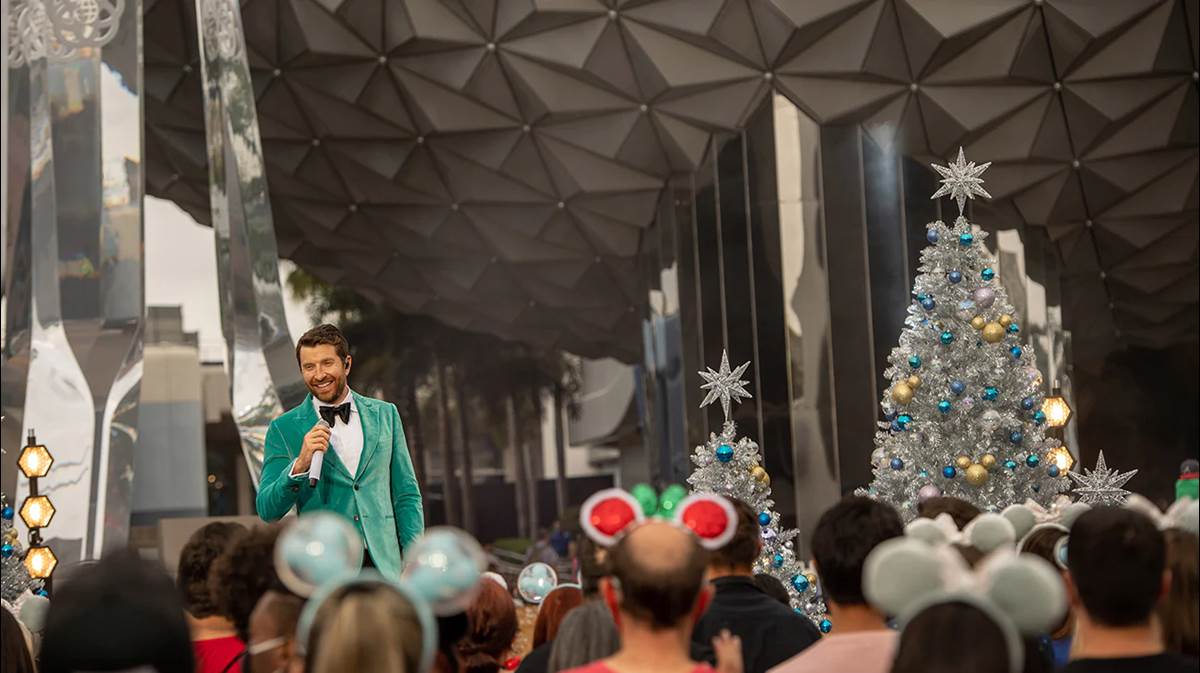 Brett Eldredge performs his rendition of “Rudolph the Red-Nosed Reindeer” in front of Spaceship Earth. 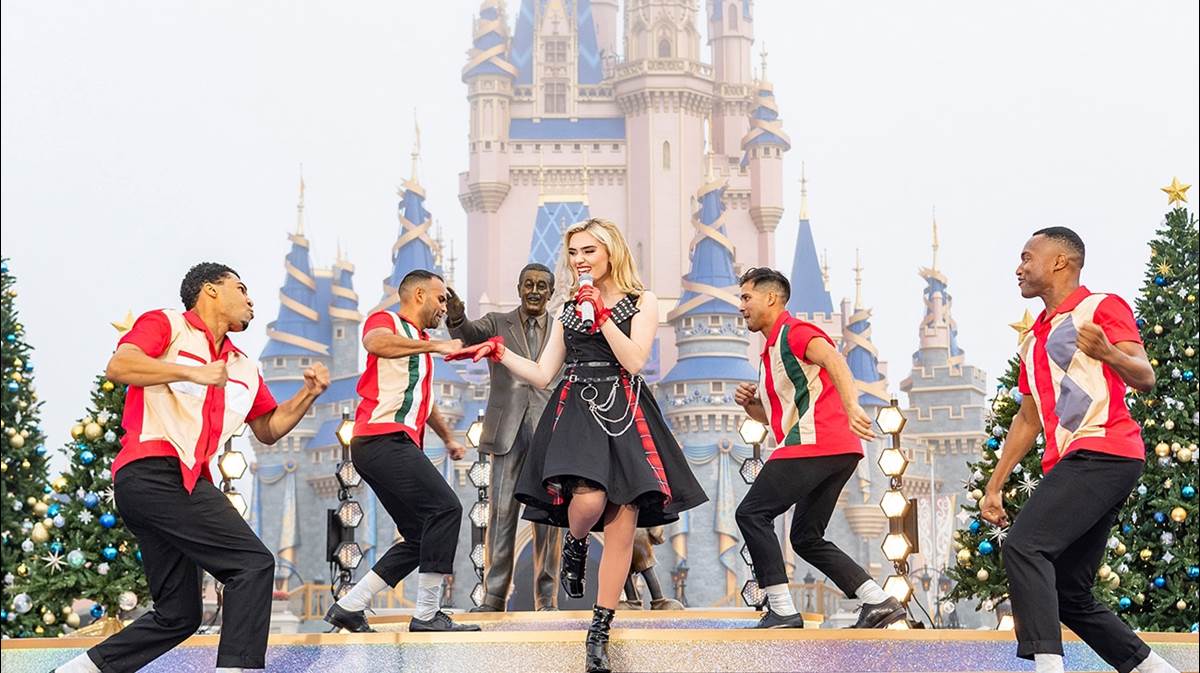