The EPCOT International Festival of the Arts kicked off this morning, and clearly the most anticipated debut today was the release of the coveted Figment popcorn bucket. Fans of the little purple dragon descended upon EPCOT in droves this morning to try and get their own popcorn bucket, with 6-7 hour lines quoted just to do so. 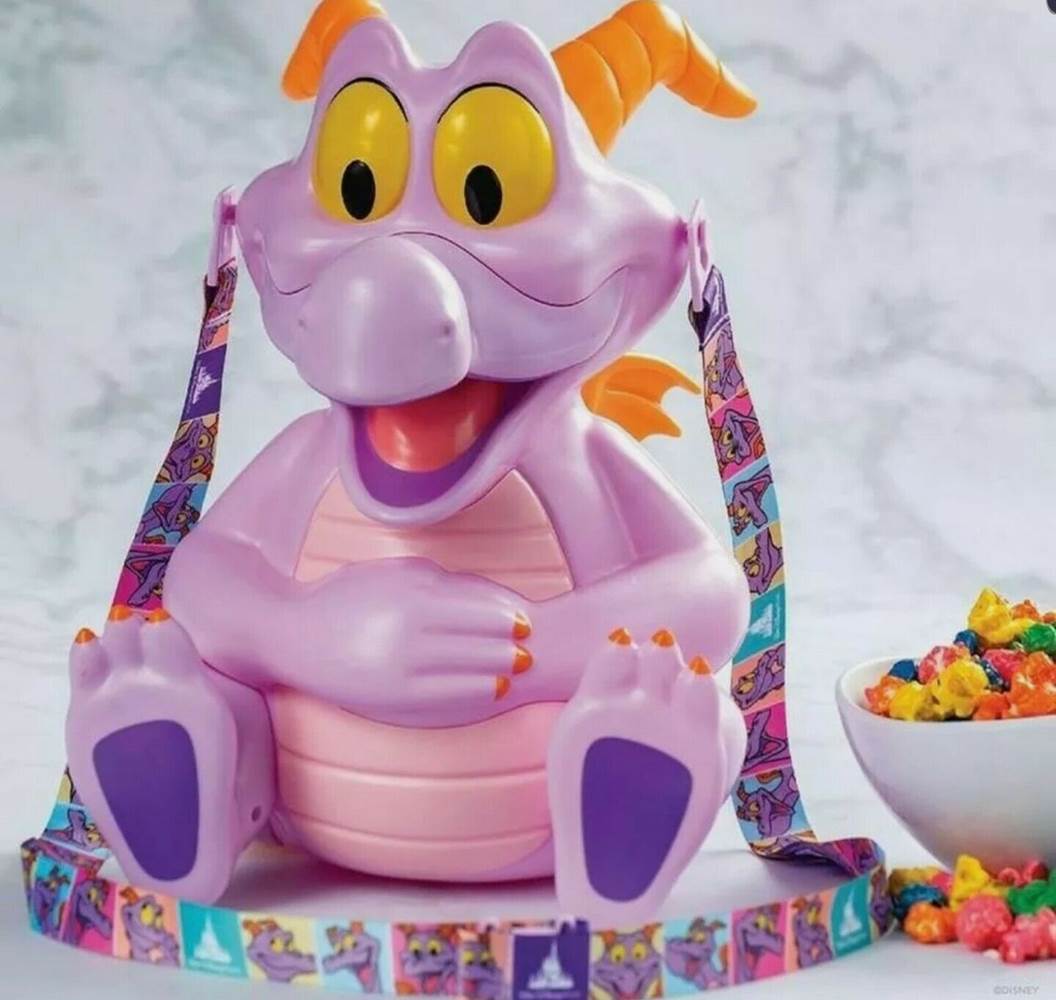 The Figment popcorn bucket is available at the Pop Eats! booth near Starbucks in World Showcase, and retails for $25 (colorful popcorn included).

As noted, droves of Figment fans showed up at EPCOT this morning to try and get their own popcorn bucket.

The Figment popcorn bucket, as expected, is a hot commodity at EPCOT this morning! The end of the line is looped around several ways and ends across from the DVC booth. pic.twitter.com/L9v8MfOLof

Cast members were quoting the line at 6.5-7 hours, with the line extending all the way to the Test Track side of the park!

if you got one lock your doors, you’re on my rob list 😠💜🎨

As with any big Disney merchandise release, people were quick to try and make a profit off the release on eBay, with the popcorn buckets being listed as high as $270, as of the time of posting. 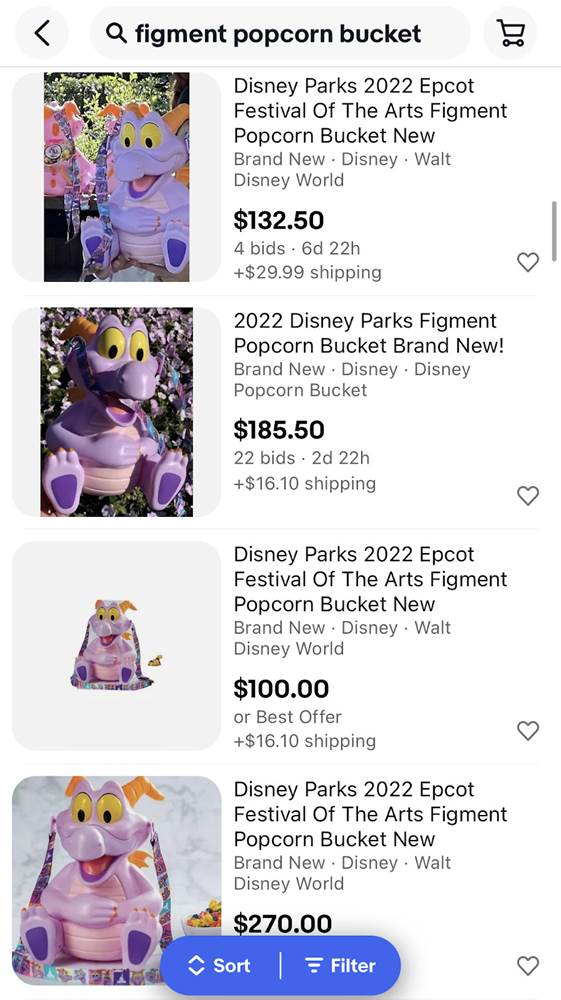 Figment fans with a sense of humor are getting in on the act too, like Twitter user @JulFromFL who did a “bad sketch” of the Figment bucket for sale on eBay, which is already up to $68 bidding (as of time of posting), with the proceeds going to charity.

Here ya go — it's live on ebay. Share with your friends…or your enemies. (It benefits charity, so….)https://t.co/Xd9ZYWGoiq

Stay tuned to Laughing Place for more from the EPCOT International Festival of the Arts!