Jeff Vahle, the president of the Walt Disney World Resort, posted a photo on Instagram with some of the Cast Members of Star Wars: Galactic Starcruiser as they prepare for their inaugural voyage on March 1st. 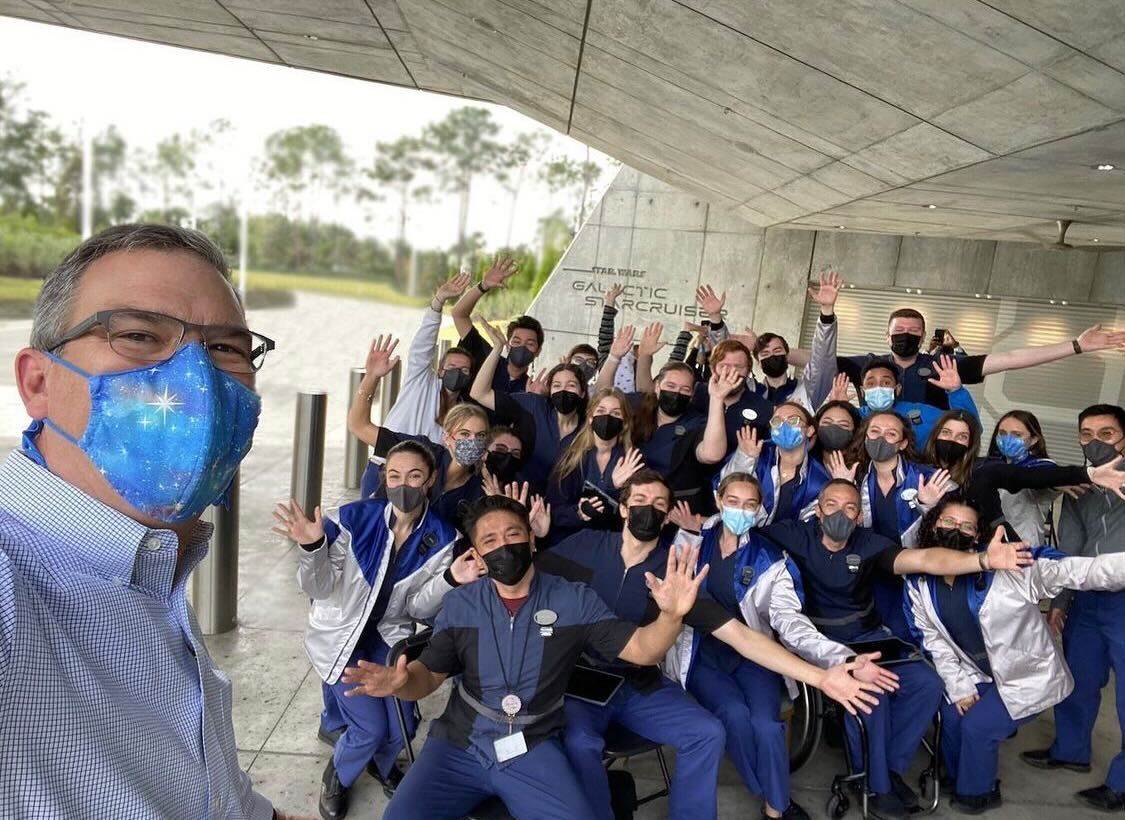 The caption read: “Had a great time visiting with the crew at Star Wars: Galactic Starcruiser. May the stars light their way as they prepare the Halcyon starcruiser for its inaugural voyage on March 1st!”