Universal Orlando’s Mardi Gras is back February 5 through April 24 – louder, spicier and better than ever – with the return of star-studded live concerts, a spectacular Mardi Gras parade and savory cuisine inspired by diverse flavors from around the world. And with the return of the favorite event, comes a slew of new merchandise specific for this year’s festivities. 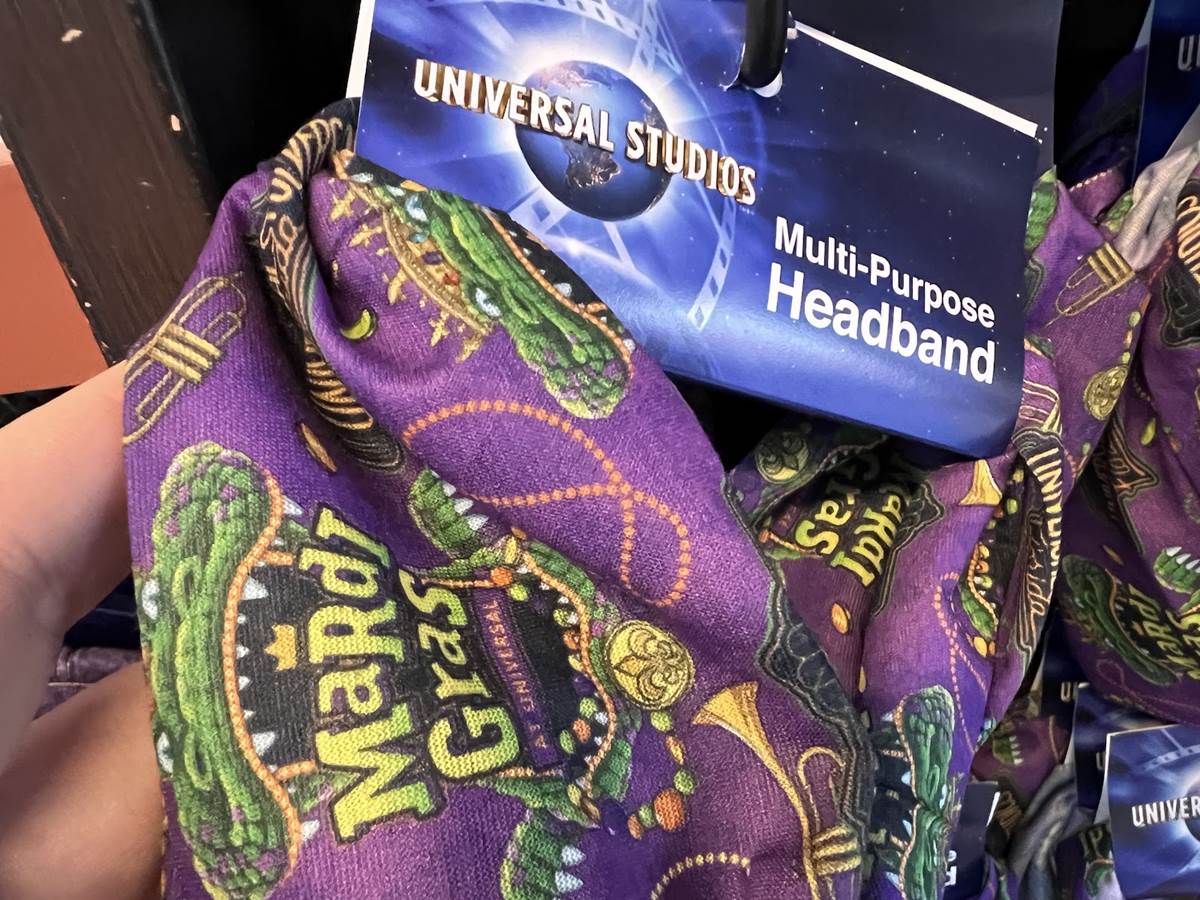 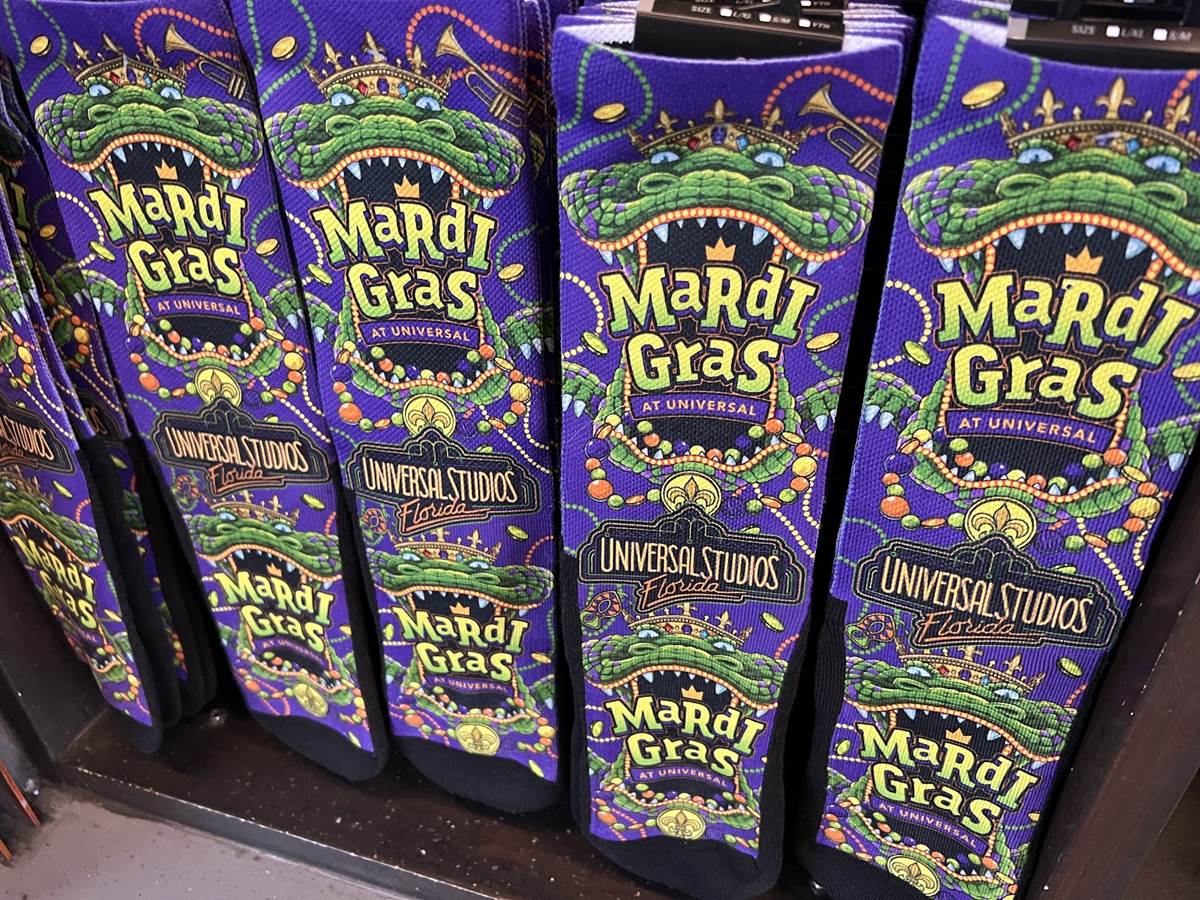 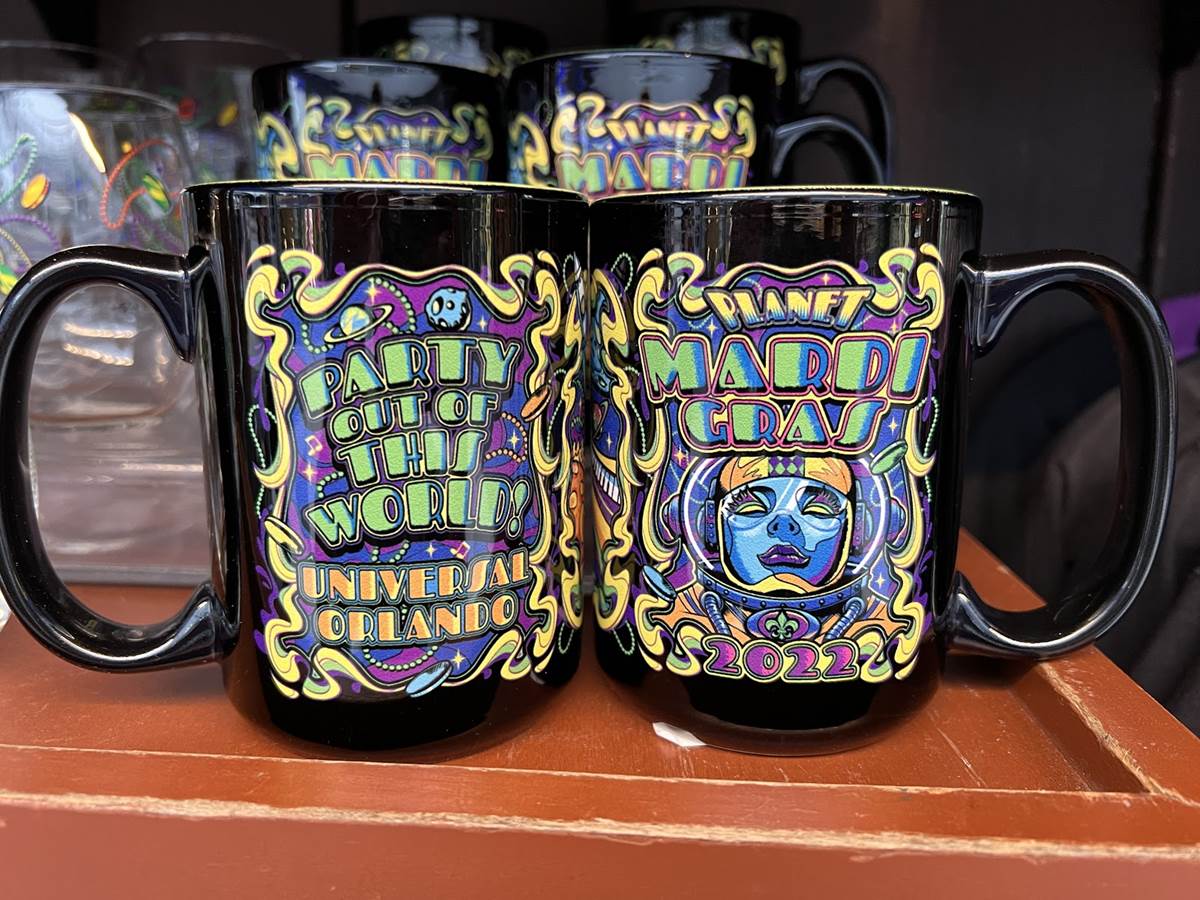 This year’s original parade theme, “Planet Mardi Gras,” comes to life in six incredibly-detailed floats that fuse Mardi Gras flare with cosmic-inspired elements like comets, rockets, martians and more, inviting guests to catch beads by the handful. These new floats will join Universal’s traditional lineup of New Orleans-inspired floats, such as the iconic Jester and nearly 50-foot long King Gator, and wind through the streets of Universal Studios Florida on select dates, accompanied by high-energy music and dozens of performers donning illuminating costumes that bring the party to “light” in a whole new way. 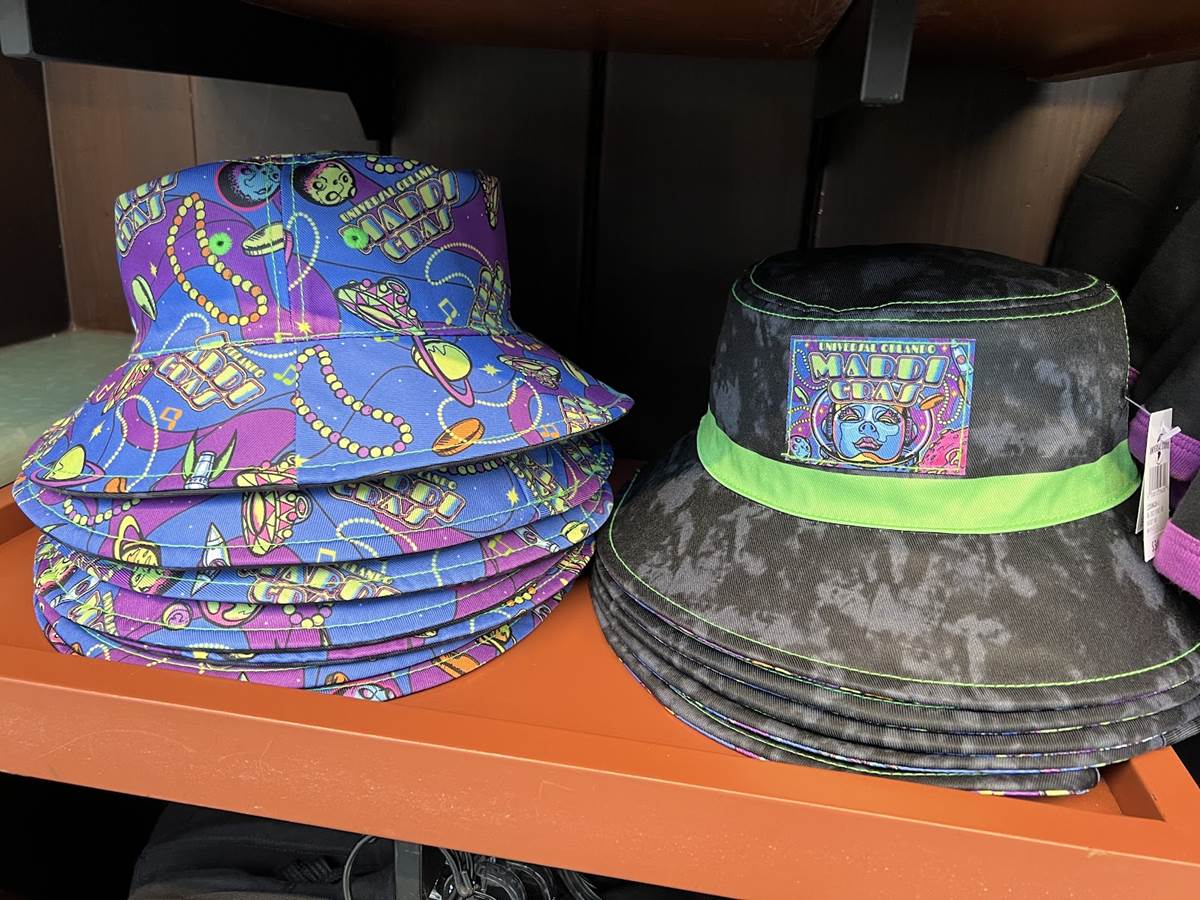 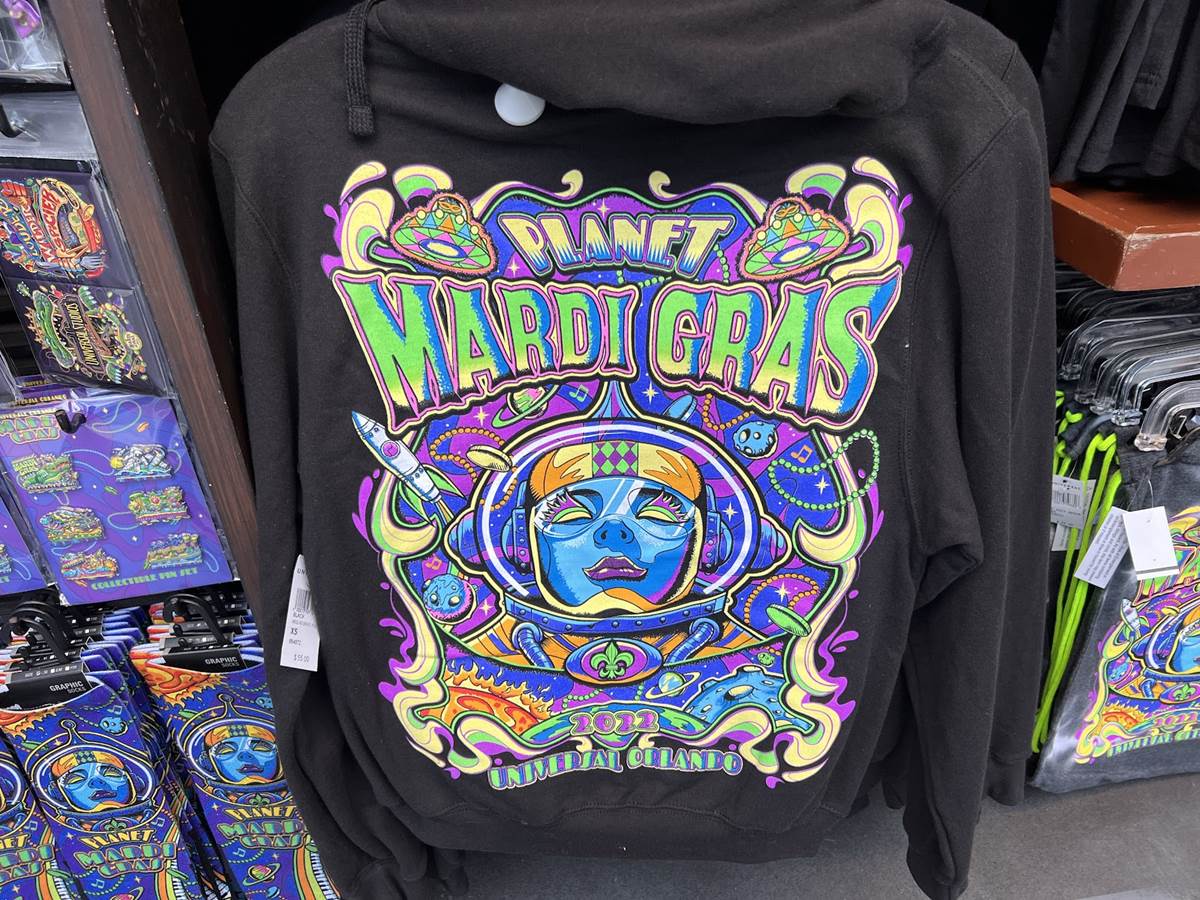 To celebrate this year’s parade you’ll find plenty of merchandise with the Planet Mardi Gras artwork, adorned on cinch-bags, t-shirts, pins, hoodies, and more. We spotted this collection of Mardi Gras Merchandise at the store located at the exit of The Bourne Stuntacular, still referred to as Cyber Image on the Universal App. The name is a remnant of the Terminator 2: 3-D attraction that would exit into the store. Though we spotted this selection at this specific location, Mardi Gras Merchandise is sold throughout Universal Studios Florida and beyond, with a Mardi Gras Voodoo Boutique also located at neighboring Islands of Adventure. 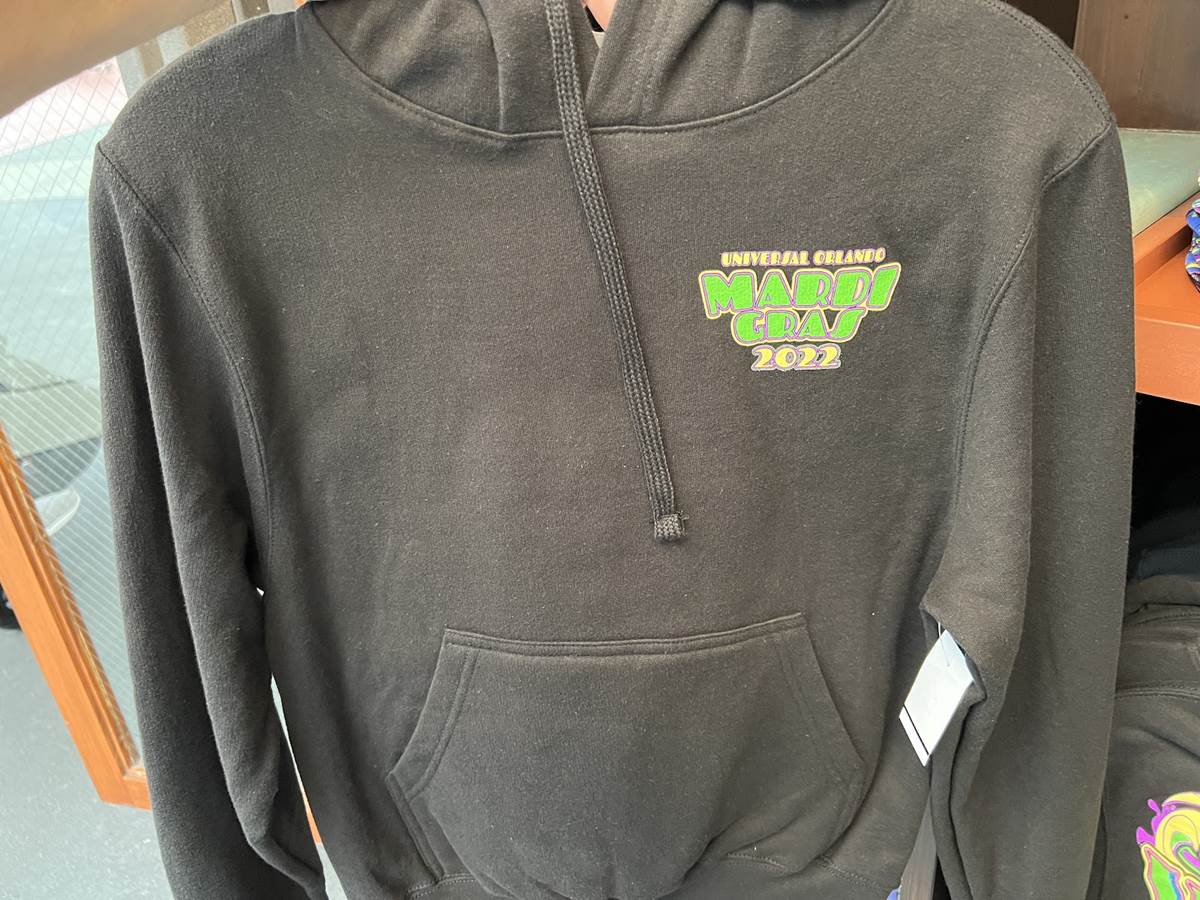 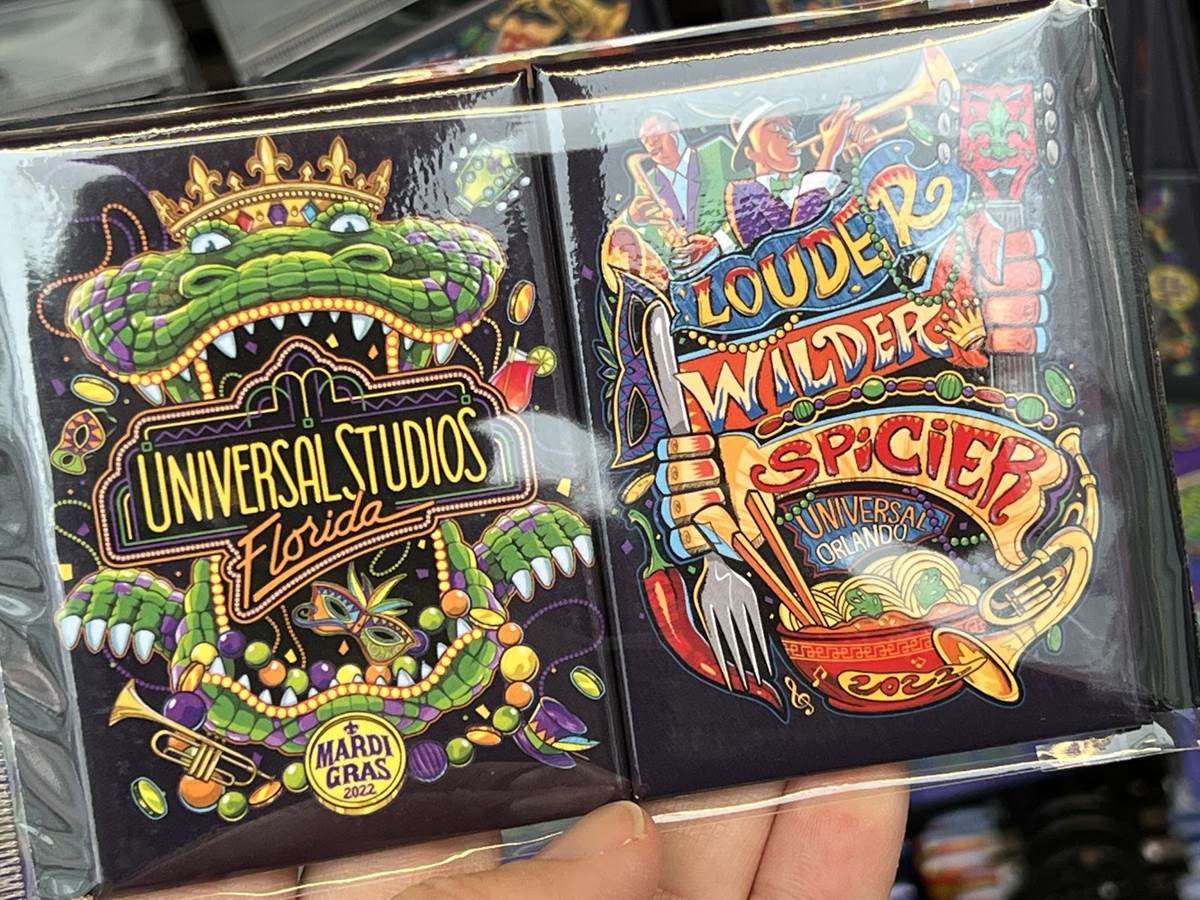 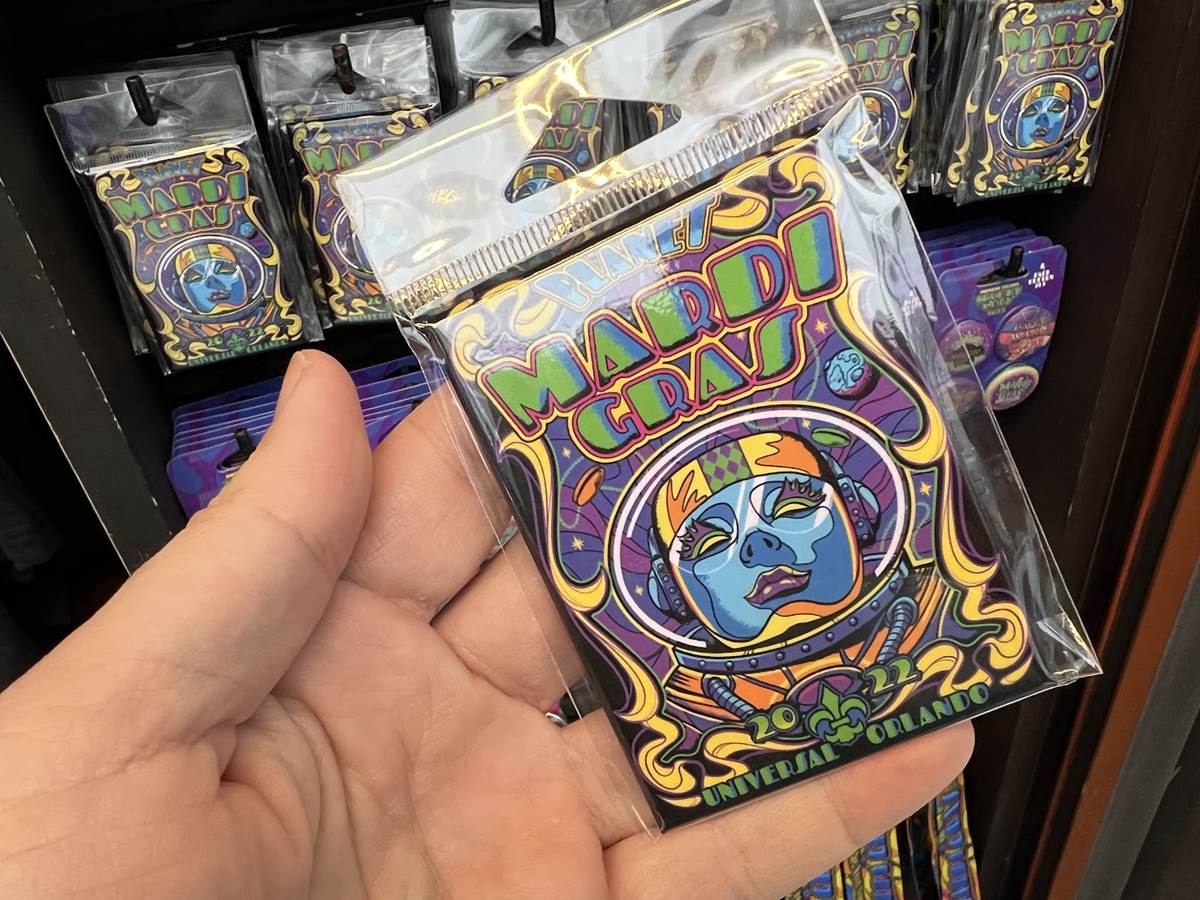 Mardi Gras merchandise is also found at the Mardi Gras Tribute Store, where guests can take home a piece of Florida’s Biggest Party. Upon entering, guests will venture through four highly themed rooms designed to visually depict the creative process of bringing a parade float to life. As guests browse the latest Mardi Gras gear and themed treats within the retail space, they’ll see everything from pencil sketches and scale models to parade décor and an actual, full-size Mardi Gras float.