20th Century Studios’ daring mystery-thriller Death on the Nile, directed by and starring eight-time Academy Award nominee Kenneth Branagh and featuring an all-star ensemble cast, will debut March 29, 2022 on Hulu in the U.S. The film will also debut on HBO Max in the U.S. the same day as Hulu. 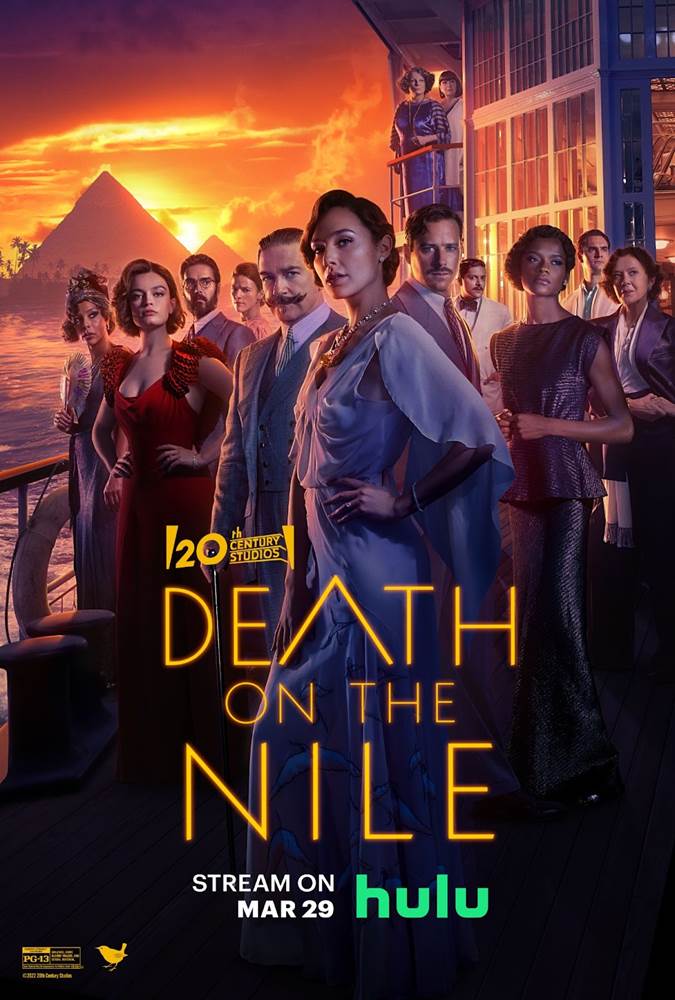 About Death on the Nile: